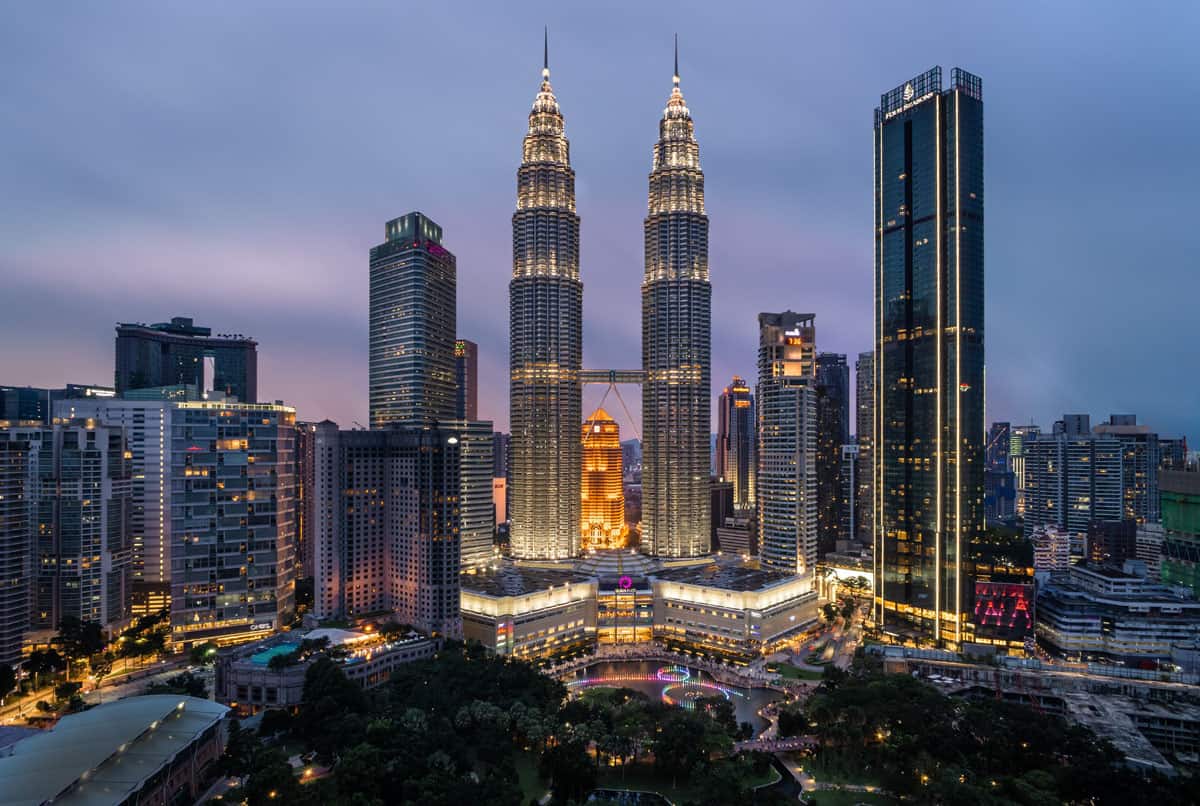 If you’re considering a trip to South East Asia and want to visit the beautiful country of Malaysia. However, you might be wondering if the locals speak enough English for you to navigate the city comfortably.

People speak English in Malaysia. As English is commonly used, Malaysians have become accustomed to understanding and speaking it. Although Malaysians might not be very fluent in English, most are at a conversational level.

To learn more about Malaysia’s level of English proficiency and whether you can get around without learning Malay, read on.

Is English Widely Spoken in Malaysia?

English is widely spoken in Malaysia. According to the EF English Proficiency Index 2020, Malaysia came in 30th place out of 100 countries, with moderate English proficiency.

Given that English is one of the official languages of Malaysia, it makes sense that English speakers are prevalent throughout the country.

Malaysia is one of the most English-friendly countries in Asia, perhaps second only to Singapore.

Although most Malaysians speak some degree of English, this language is still rejected in the rural areas of Malaysia and amidst the older generations.

Despite the importance of English as a language of trade and technology today, Malaysians still view English with distrust. This is because it’s reportedly a reminder of their colonial past, according to a study by Cambridge University.

Malaysia was formerly a British colony from 1867 up to as recently as 1963. Therefore, it’s understandable why some would view English as a threat, even referring to it as Bahasa penjajah, literally translating to the ‘language of the colonizer.’

This rejection is so widespread that attempts to increase English proficiency have failed. For example, in 2003, the government introduced a policy called PPSMI meant to shift the medium of instruction for Maths and Science to English. This programme was ultimately scrapped due to a lack of results and concerns by nationalistic groups.

Which Languages Are Spoken in Malaysia?

Although Malaysians do speak English, they might not always speak perfect Queen’s English. Instead, you’re likely to hear Manglish – a creole made up of words from English, various Chinese dialects like Hokkien, Malay, and Tamil.

This doesn’t mean that Malaysians cannot speak proper English. A well-educated Malaysian can converse in both. However, Manglish is the local verlan, and proper English is usually reserved for business meetings.

Here’s a video showing you the differences!

Here’s another video explaining some of the popular slang terms.

You can expect to hear this type of verlan from anywhere you go, be it in a hawker center or at Legoland.

Besides English, Malaysians also speak Malay. Various Malay dialects like Jakun are spoken throughout Malaysia, but the most common and the official one is Bahasa Melayu. If someone you meet fails to speak Manglish, they’ll speak Bahasa.

Here’s a handy playlist detailing Bahasa words and phrases, along with explanations for their pronunciation if you want to learn basic Malay.

Any other languages like Mandarin or Tamil spoken depend on the person’s ethnicity and the region where they live. For example, Iban is a dialect of Malay spoken almost exclusively in Sarawak.

Can You Get By in Malaysia With English?

You can get by in Malaysia with English as most Malaysians speak English. It’s not necessary to learn Bahasa Melayu unless you visit rural locations.  As long as you don’t visit the rural country and stick to the cities, you’ll have no trouble navigating Malaysia.

Based on my travels to this country, almost everybody in Malaysia knows how to speak English, from the shop owners to the taxi drivers. Most people have a fluent grasp of English, but some might only have conversational knowledge.

In either case, you’ll be able to ask basic questions and get a response.

In the unlikely event that you meet someone who doesn’t speak English, you can likely ask anybody else in the vicinity to help you because they’ll probably be fluent English speakers.

Malaysia is a very friendly country to English speakers as everybody speaks this language.

In addition to this,even if a Malaysian doesn’t completely understand you, they will go out of their way to help you with any issues you have. If you visit Malaysia, be prepared for an enriching and fun experience!