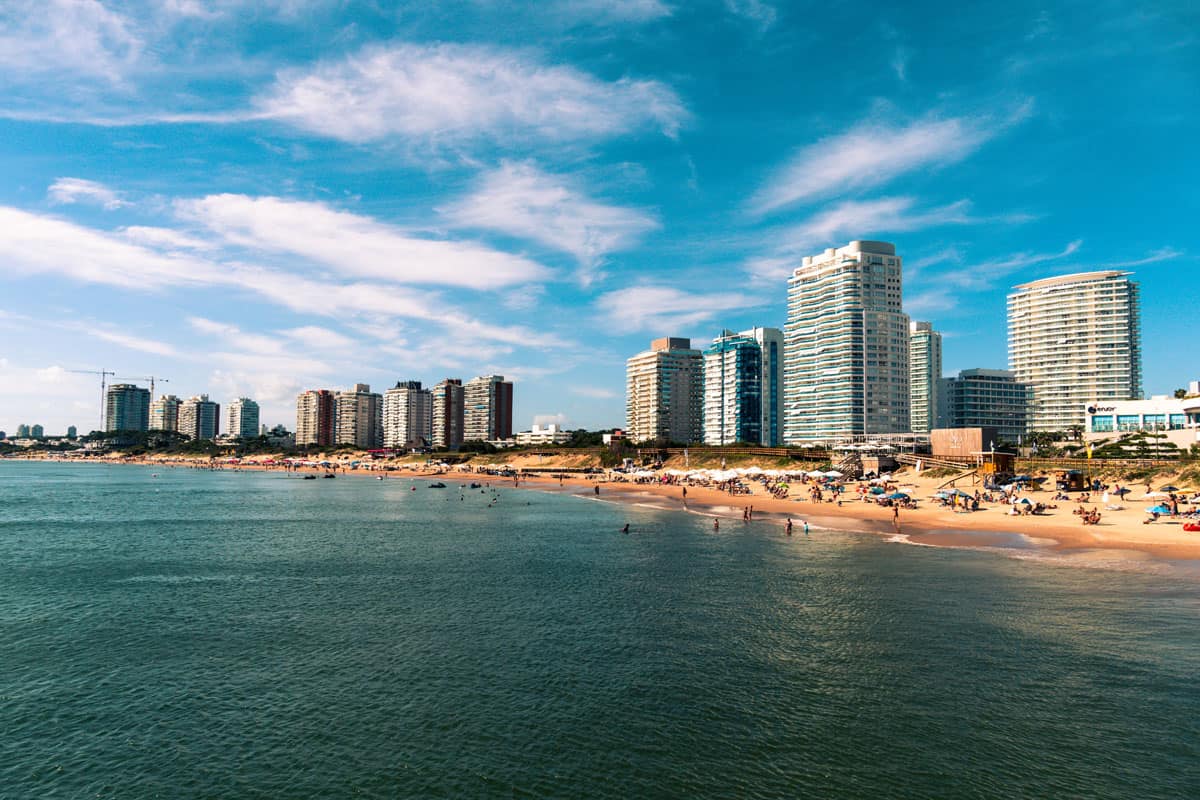 Uruguay is a country located in South America, near Brazil and Argentina that you may have considered visiting. However, does its Spanish-speaking population know any English? Will enough people speak English for you to navigate Uruguay comfortably?

Most people in Uruguay don’t speak English. Besides businessmen and hospitality workers in the tourism industry, the locals in Uruguay don’t usually know English. If you’re planning a trip to Uruguay, you should learn some Spanish to navigate the country more easily.

To learn more about the country of Uruguay and the languages that people speak there, keep reading!

Is English Widely Spoken in Uruguay?

English is not widely spoken in Uruguay. Although the language is taught in both public and private schools, improper instruction or lack of interest often results in many Uruguayans failing to reach any proficiency in English. As a former Spanish colony, Uruguay’s official language is Spanish.

Any business conducted in Uruguay is conducted in its official language. As a result, there’s no need for the Uruguayan populace to learn English, and most don’t.

This is reinforced by a native, who explains that ‘if they (Uruguayans) attempt it (English), they’ll struggle.’

The only times you’ll find English speakers are in large international companies, where the employees are well-educated and likely travel abroad often. In this instance, the Uruguayans are obligated to learn English for the business to prosper.

Which Languages Do They Speak in Uruguay?

The languages spoken in Uruguay include Spanish and Portunol, which is a blend of Spanish and Portuguese. Spanish remains the country’s official and primary language, while Portunol is unique to North-Eastern of Uruguay, along the border. Some Uruguayans do speak English for professional purposes.

If you’re a Spanish speaker or are currently learning some Spanish, this is good news for you. You’ll be much more likely to find people with whom you can communicate.

The bad news is that you might encounter everyday differences in the Spanish used in Uruguay. For example, tu, or the informal version of you, competes with vos, a form of you arising from Argentinian Spanish.

Another language you might encounter if you go to the North is Portunol, a Portuguese-Spanish hybrid.

Until midway through the 19th century, the people living in Northern Uruguay only spoke Portuguese. It’s theorized that after the migration of Spanish settlers into Northern Uruguay, unrestrained code-mixing of the two languages occurred. This evolved into what we now know as Portunol.

Although English is rarer to come across than the other two languages, it still emerges at times in academic circles or business settings.

Can You Visit Uruguay Without Speaking Spanish?

Although it will be difficult, you can visit Uruguay without speaking Spanish. You should be able to get by in the short term, but if you plan to stay long term for work, it’s imperative to learn some Spanish to accomplish day-to-day tasks.

As a tourist in Uruguay, if you stick to large cities like Montevideo, you can get by.

Most of the hospitality staff in hotels or restaurants speak some degree of English, so you can communicate with them to get suggestions on what to do or where to go.

However, when you venture out on the street, most of the locals you meet will not speak any English. Talking to the street vendor to purchase an item, taking a taxi, or asking for directions will be cumbersome if you don’t learn any Spanish.

Therefore, before visiting Uruguay, make sure to learn some basic Spanish so that you can get around the country easier.

Here’s a short video that you should watch to learn some Spanish expressions:

Besides this, you should also invest in an English-Spanish phrasebook, like this Eyewitness Travel Spanish Phrase Book, available on Amazon.com.

On the other hand, if you plan to stay in Uruguay for a few months for a work trip, you definitely need to learn Spanish.

Finding a repairman, opening a bank account, or renting an apartment are all things that you’ll be unable to do without speaking Spanish.

One Tripadvisor user details the difficulty of how he witnessed an expat friend having problems living in Uruguay without speaking the language and how he was resultantly forced into learning it.

You should not be put off by the fact that few Uruguayans speak English. If you learn a few words of Spanish, the locals will welcome you warmly and do their best to make you feel at ease.

Even if you don’t have the time to learn Spanish, as long as you make a genuine attempt to learn about the culture of Uruguay, you’ll be able to enjoy yourself.