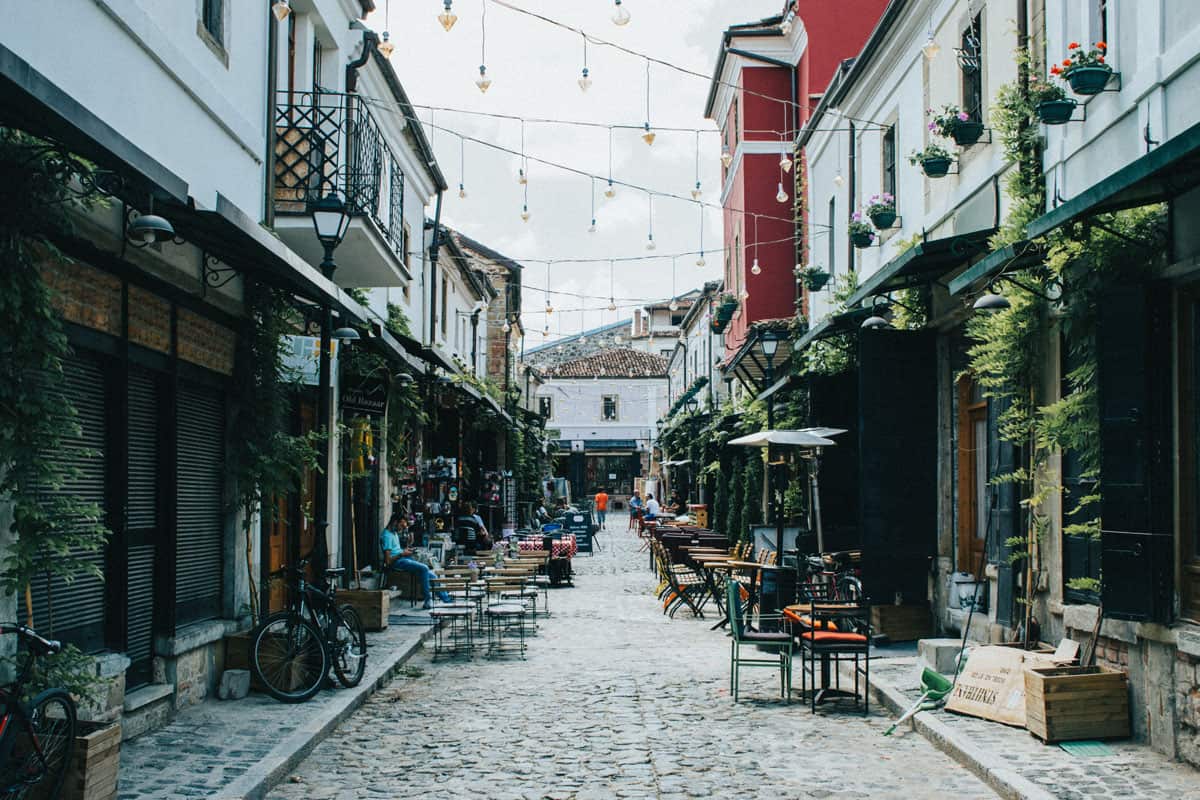 Albanian is the main spoken language of the Republic of Albania in Southeastern Europe. It’s also a widely spoken language in many other countries around the same area. Albanian is very unique language with a relatively small number of speakers worldwide compared to other languages.

There are two distinct variations of Albanian, mostly divided by vocal pronunciation differences and divided between the north and the south of Albania. Many ethnic Albanians in the diaspora identify strongly with their home country but don’t know any of the language.

1. Albanian is not closely related to any other language.

It’s an independent branch of Indo-European language, unlike most other languages which exist in groups. It shares this trait with Armenian.

Within the Balkans, these countries are: Albania, Kosovo, Greece, North Macedonia, Serbia, Montenegro, and Greece.

Meanwhile, the Albanian and Kosovan diaspora mean that that there are speakers of Albanian as a first language in Italy, Bulgaria, Germany, Turkey, Switzerland, Canada, Spain, and many others.

3. The two major spoken dialects of Albanian are Tosk and Gheg

Gheg is spoken in the north including Montenegro, Struga, and Tirana. It has nasal vowels and no rhotacism. Tosk is more southern, mostly spoken in Egypt, Ukraine, and Turkey. Tosk does not have nasal vowels but does have rhotacism. There are also several transitional dialects. They’re all split into sub-dialects.

4. Albanian has only existed since the 15th century

Since then, it has been written using various different alphabets. These include Latin, Greek, Cyrillic, and even Arabic. The modern standardized version uses Latin characters.

5.  Albanian braille assigns a different number and position of dots to each Latin letter

There are also different dots for combination letter that appear in Albanian such as sh and xh.

6. There are thirty-six letters in the Albanian alphabet

There are 7 vowels and 29 consonants.

7. The official standard dialect has been Tosk since 1969

This was adopted in Albania and Kosovo, as well as some others. However, this is a practice contended by several linguistic research activists.

8. There have been many calls to reform standard Albanian in recent times

Radical national linguists want to return to the previously-favored Elbasan dialect, while others promote a merger of modern standard, older vernacular, and other area dialects. The idea of the most popular reform movement is combining and displaying the natural development of Albanian speech.

With the parts represented as subject, verb, and object, a sentence in Albanian would correctly be translated in this order:

10. Albanian has two genders for their words: masculine and feminine. There are also neuter words but these are considered masculine also.

Each of the different genders has a word ending for the definitive article, as well as different ways to form the plural. Plural forms are quite irregular. Some words even switch gender when they become plural or definitive.

11. There are eight pronouns in Standard Albanian, much like in English

12. Though an independent language, Albanian has loan or calqued words from several other ancient and modern languages

These include English, Arabic, French, German, Greek, Romani, Russian, Sicilian, Turkish, and Spanish, amongst others. A calque is a direct translation of a term in a particular language.

13. Almost all Albanian verbs are irregular

This is because only the stem vowel changes, and words are often rearranged or changed completely. Verbs based on nouns or on foreign words are usually have regular declensions.

14. Albanian used to be mistaken as a Romance language before further investigation by linguists.

Loan words from ancient and classical Latin made up almost 60% of their word roots. The lexical distance (how different words are) from several nearby languages are still quite large, however. In percentages, the difference is 86% from Bulgarian, 86% from Macedonian, 82% from French, 56% from Greek, 53% from Romanian, and 49% from Slovenian.

15. The letters in Albanian all have standard pronunciations, unlike in English

The following examples are based on English words with similar sounds:

Albanian isn’t a very old language compared to some, but it is one that exists around the world. It’s the official language of a number of countries as well as a major language in others. Knowing these interesting facts helps in the important job of keeping it alive!