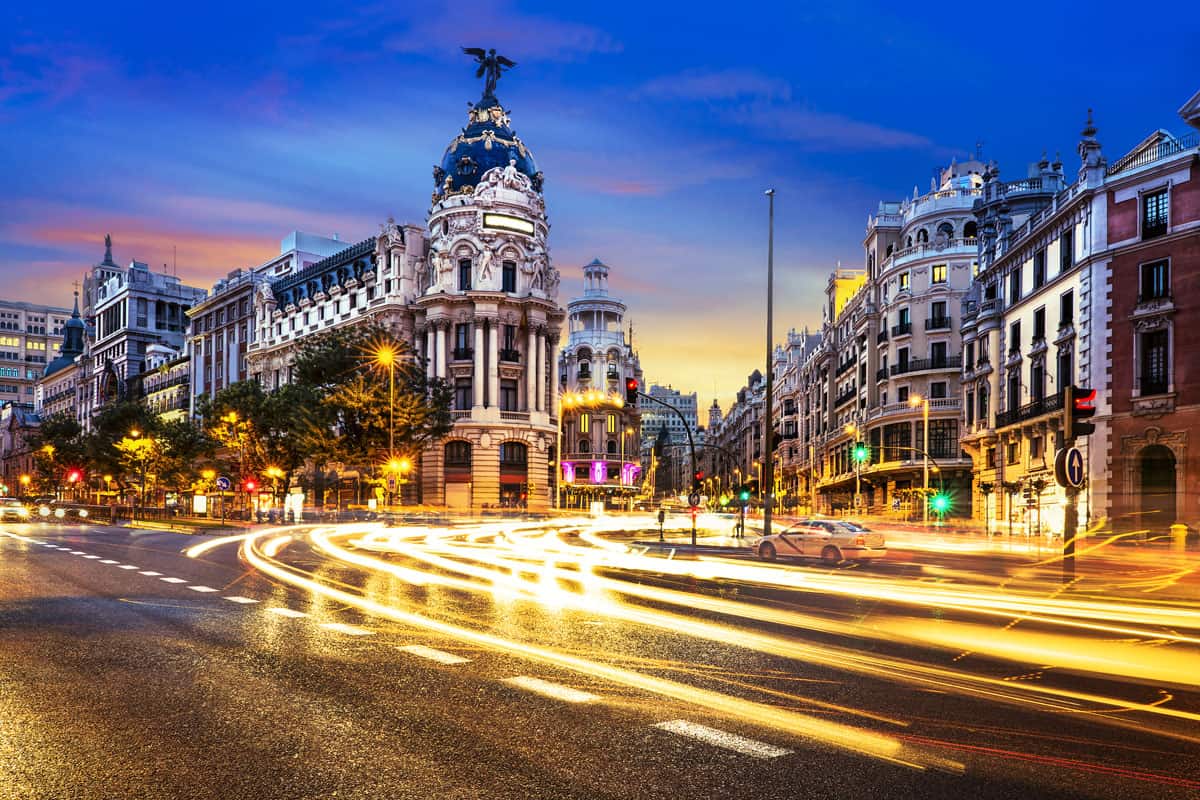 Learning a new language is one of the most rewarding things you can do. It opens doors to new professional and social opportunities and makes you a more interesting person, among other things. But which language should you learn? While the best language to learn is likely the one you are genuinely interested in, anyone that doesn’t already speak Spanish should probably consider it.

We’ll explore some of the main reasons Spanish is the perfect language to learn in this post. Read on to find out if Spanish should be your next language.

So, Why Should I Learn Spanish?

1. It’s the Third-Most Spoken Language in the World

Why does anyone learn a new language? Most answers to this question boil down to one essential point: it’s to be able to speak with other people in that language. It follows, then, that learning a language with a lot of speakers is desirable.

Spanish certainly fits the category of “language with a lot of speakers,” coming in at number three for most-spoken languages in the world. There are more than 500 million Spanish speakers worldwide, and the language is used as an official language in 20 different countries.

In addition to meaning you’ll be able to communicate with a great deal of people by learning Spanish, it also means you’ll open yourself up to a whole new world of opportunities. The potential to do business in more places around the globe, for example, is huge. By speaking the official language of 20 new countries, you’ll be exposed to new economies and plenty of new work possibilities.

2. Travel to a Spanish-Speaking Country

Another fantastic perk of learning a new language is the chance to travel to a country where it is spoken and to get a richer, deeper experience than you otherwise would. With Spanish, there are a ton of countries you can travel to.

Spanish is so widespread that you could go to Europe, North America, Central America, South America, or even Africa (Spanish is the official language of Equatorial Guinea) and find entire populations speaking the language. Each region and country has its own culture and version of the language, but they’re all mutually intelligible. Spanish-speaking travelers are anything but starved for choice.

One of the reasons it can be so rewarding to travel to a new country when you speak the language is that you can make connections with the people that live there. There’s something about being able to communicate with people from another country in their native language that allows for meaningful connection. You could easily end up making long-term friendships this way. Speaking the local language also shows a level of cultural sensitivity and respect.

Another reason it’s great to speak the language of the country you’re in is that it just makes everything much easier. The logistical aspects of traveling like navigating, shopping, eating at restaurants, checking into hotels, and making reservations are so much easier if you’ve got some language proficiency. It also means that you won’t be restricted to interacting with the tourism industry, which can save you serious money.

Learning any new language is hardly something most people would consider as easy. It takes months of dedicated practice to reach a conversational level, and fluency can feel like a mirage that few ever make it to. That said, some are easier than others, and for English speakers, Spanish is one of the easiest.

Whether you realize it or not, you’ve already got something of a head start as an English speaker. There are quite a few words shared by the two languages. You can probably infer the meanings of the following ten Spanish words, for example:

Of course, you’ll have to learn to pronounce these words properly, but being able to recognize words without any study is a great start! There are also a handful of Spanish words that have made it into popular culture. There’s a good chance you already know, grande, casa, sí, and bueno, for example.

Another aspect of Spanish that you might take for granted is that it’s written with the Latin alphabet. This saves English speakers a great deal of time learning to read. There are only two new letters you’ll have to get used to! Compare this to Russian, Arabic, or Chinese where you’d have to learn an entirely new writing system.

Finally, the fact that there are so many Spanish speakers out there is great news for learners. It means that there is an enormous amount of learning materials available. You should be able to find resources that are perfect for your level, needs, and learning style. There’s even a lot of material for free, such as podcasts and Youtube videos.

Finding tutors and language exchange partners is also much easier in a language like Spanish where there are so many speakers.

The Spanish-speaking world is full of cultural beauty. Choosing to learn a new language is usually a gateway to a stronger connection with the culture of a new country or region — with Spanish, you’ll be exposed to an incredibly wide range of cultures that spans continents. You’ll be sure to find something that speaks to you.

One of the ways you’ll have incredible access to new cultures is through literature. There is a massive amount of Spanish literature from many countries. Famous authors like Gabriel García Márquez, Isabel Allende, and Carlos Ruiz Zafón, to name only a few, are world-renowned. There is also Chilean poet Pablo Neruda and Spanish playwright Federico García Lorca. Whatever type of reading you enjoy, you’ll find it in Spanish.

Many of these works are so popular that they’ve been translated into English, but there’s something to be gained by reading them in their original language. There is a level of nuance that is often impossible to translate perfectly. This makes reading these works as they were written a special experience.

If reading isn’t your favorite activity, there are plenty of top-quality films in Spanish. Spanish director Pedro Almodovar and Mexican director Guillermo del Torro are just two that have created amazing works of art for the screen.

If TV shows are more your speed than movies, you’ll find an almost neverending supply in Spanish. Netflix is full of series in Spanish, and watching them can actually be a highly enjoyable way to improve your Spanish skills. Use subtitles to follow along if the dialogue is too fast, and drastically increase your level of exposure to Spanish as it is actually spoken by native speakers. You should be able to find shows from whatever country you’re interested in, providing extra insight into the idiosyncrasies of the language in the region.

More than music and books, the cultures you’ll be able to experience on a deeper level will include dance, music, art, food, and more. However you’re interacting with a Spanish-speaking culture, an understanding of the language will bring you closer to a deeper understanding of whatever you are experiencing. This can be extremely rewarding.

For more practically minded people, this point might be one of the most appealing. Being multilingual is a major asset when it comes to job opportunities. Not only does it mean you can communicate with a greater number of people on the planet, but it also shows a level of intelligence and commitment that are requirements for being bilingual.

The ability to put another language proficiency on a CV or resume will never hurt job prospects, and depending on your industry or location, it can be an incredible advantage. If you live in the United States, for example, you’ll be able to communicate with over 40 million people in Spanish. That’s a significant portion of the population.

Spanish is considered a Romance Language, which essentially means its origin story involves Latin in a major way. Other major romance languages are French, Italian, Portuguese, and Romanian.

Another benefit of acquiring the ability to understand and communicate in Spanish is that it will make any future attempts at learning other Romance Languages much, much easier. This is because all of these languages share a decent amount of vocabulary, grammar structures, and some pronunciation characteristics.

It’s also true that learning any language will almost certainly help you learn any other language. Adding a foreign language to your repertoire will provide you with added confidence, which can be instrumental in language learning, and it will also give you information on how you learn. After spending time learning Spanish, you’ll have a better idea of your learning style and what works well for you.

Most of the reasons in this list detail the external benefits that can come from learning Spanish, but there is some real good it can do for you on the inside as well. It’s been shown time and again that learning a foreign language is beneficial for brain health. It improves cognitive function and delays negative effects associated with aging. Learning a new language can even increase the physical amount of gray matter in your brain!

One of the skills that multilingualism promotes the most is called executive function. This is the skill the brain uses to focus on a task and to differentiate between important information and less important data.

When speaking or practicing another language, you must make an effort not to say words in the wrong language, and this filtering of one language for another eventually happens subconsciously when you reach a certain level of proficiency. Like exercising a muscle, this repeatedly performing this act strengthens the brain’s ability to direct attention.

In short, learning Spanish has the power to make you smarter!