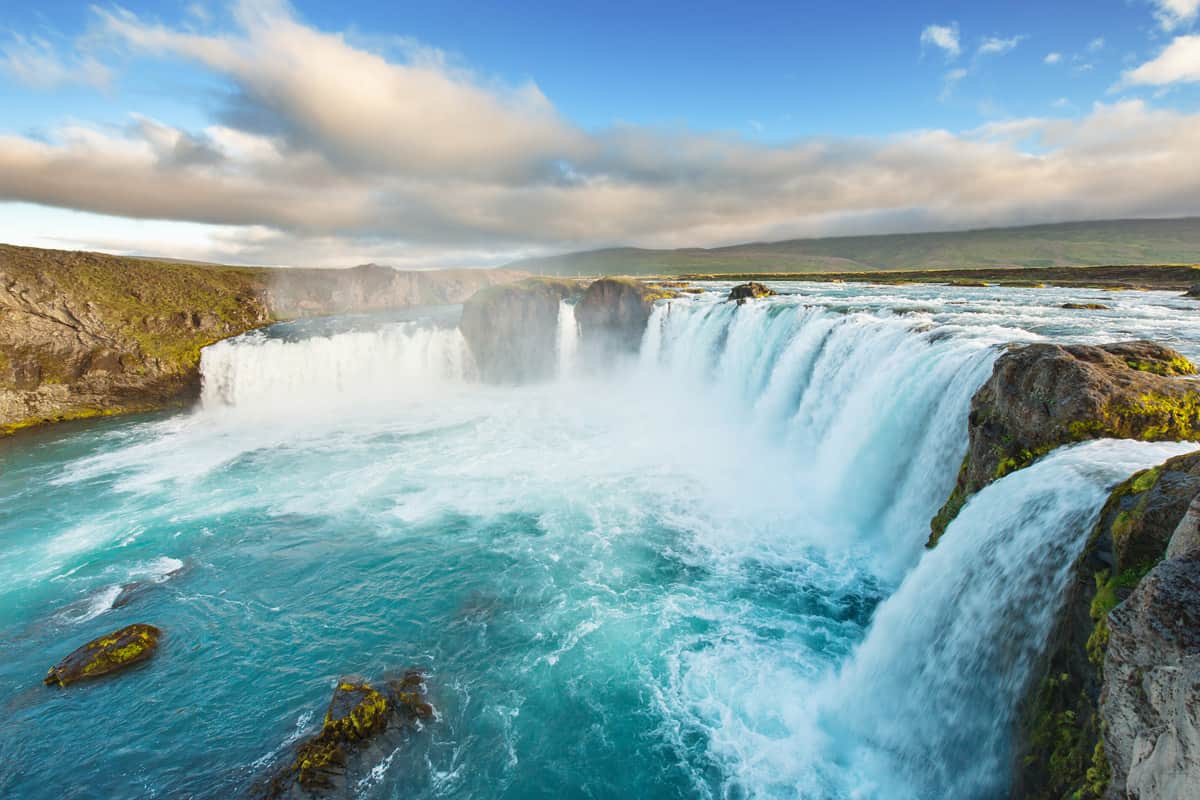 The land of ice and fire; a magical land where elves live and there are no mosquitos. Iceland is a special country, and it’s got a special language. Icelandic is only spoken by about 350,000 people worldwide, and it’s considered to be a fairly difficult one to learn. So why would anyone take the time to learn it?

There are plenty of reasons to learn Icelandic, and we’ll explore the most compelling of them in this post. Read on to discover why it’s worth the effort.

So, Why Should I Learn Icelandic?

First and foremost, Iceland is simply cool! There aren’t many places like it on Earth, and learning the language will bring you closer to this amazing country by giving you unique insight into its culture and people.

One of the things it’s probably most famous for are its geological features. Both impressive glaciers and volcanos call Iceland home, making for visually striking landscapes and popular tourist destinations. In fact, the second-largest glacier in Europe,Vatnajökull, is located in Iceland.

It wouldn’t be proper to talk about Iceland without mentioning its geothermal spas. These special places truly make Iceland a wonderful place to be. The waters in these spas are actually known to have healing properties; they are rich in minerals like sulfur and silica, which can improve both physical and mental health. The natural spas are located in gorgeous outdoor settings and are a luxurious way to stay warm and relax in the otherwise cold environment.

Anyone able to read Icelandic will be able to interact with the country’s literature, which is well known for its sagas depicting viking voyages as well as mythological poetry. There are also plenty of modern Icelandic authors worth reading, like Nobel Prize winner Halldór Laxness.

Other appealing cultural aspects of Iceland include a thriving music scene, films known for their moody aesthetic, and a diverse arts scene.

Iceland is also home to Reykjavík, the northernmost capital in the world. Despite its remote locale, the city has it all: an exciting nightlife, world-class cuisine, museums, galleries, and it’s the jumping-off point for many outdoor excursions.

2. Learning Icelandic is not Impossible

Some people will undoubtedly write off learning Icelandic as something that’s just too difficult, and that’s a shame. Learning the language is absolutely achievable, and you shouldn’t let the fact that it isn’t an “easy” language discourage you.

If you’re intimidated by the language, consider the fact that it’s a Germanic language, just like English. While there aren’t many loanwords in the language, the Icelandic alphabet has many similarities to the English alphabet, and the languages share some important grammatical patterns.

Icelanders are also known to be friendly people, which makes practicing the language a pleasant experience and can help you progress quickly. After all, practicing with native speakers is one of the fastest way to develop proficiency in a foreign language!

While Icelandic isn’t known as an “easy” language to learn, that isn’t necessarily a bad thing. Learning any language is seriously beneficial for brain health, and mastering one with an elevated difficulty is only going to do good things for you.

The ability to communicate in multiple languages has been shown to reduce the risk for developing age-related mental illnesses and can even boost your IQ score. By learning Icelandic, you’ll be able to understand the world from another perspective and formulate thoughts in a whole new way, which is sure to increase your overall intelligence.

4. Stand Out From the Crowd

Sure, it might be easier to learn Spanish or French than Icelandic, but you’d be one of the millions learning those languages. Those that learn Icelandic as a foreign language are part of a much smaller crowd, and this can make it a more desirable language to learn.

A potential employer may very well be more impressed by the CV stating Icelandic proficiency than one showing skills in a more common language. This could also prove beneficial for anyone seeking access to programs in higher education.

5. Get Better at Other Languages

All world languages share some commonalities with other languages to one degree or another, and this overlap can prove very useful to language learners. Learning any language will get you closer to understanding those that have similar vocabularies, pronunciation, or grammatical structures.

Icelandic is an Indo-European language and part of the Northern Germanic sub-group. It’s most similar to Norwegian and Faroese, which means that learning Icelandic would provide the most benefit to anyone interested in learning either of these languages in the future. Other Northern Germanic languages include Danish, Swedish, and Finnish.

Even if you don’t plan on learning a language that has much in common with Icelandic, anyone who has made the effort to learn it will have gained confidence in making progress with a “difficult” language. You’ll also undoubtedly pick up some study useful habits and tricks on your Icelandic language journey.

Perhaps one of the most exciting parts of learning a new language is the doors it can open socially. Speaking Icelandic will allow you to enter brand new social scenes and interact with people in a way you wouldn’t have been able to previously.

The majority of tourists that go to Iceland don’t make much of an effort to learn the language, in part because many Icelanders speak English — especially those in the tourist industry.

While it may not be absolutely necessary to learn Icelandic to survive in Iceland, you will stand out just by making an effort to learn the language. This can work wonders in helping to form connections with locals in Iceland and even form some lasting friendships.

Even outside of Iceland, you might have the chance to make friends because of the Icelandic you know. If you happen to visit Manitoba, Canada (sometimes referred to “New Iceland” for having the largest population of Icelanders outside of Iceland), you’ll be sure to make connections by speaking the language.

You’ll also be sure to form a connection with any other learners of Icelandic you meet — it’s not something everyone chooses to do!