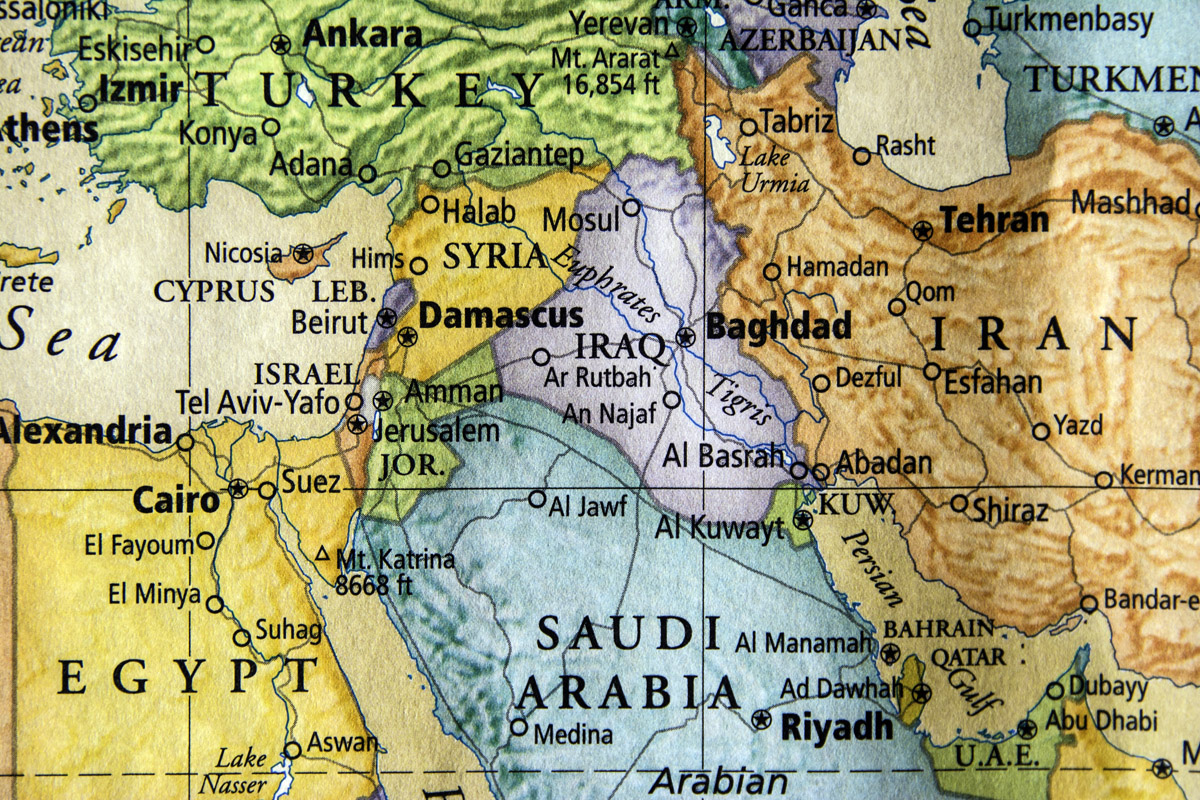 Bordered by six different countries, Iraq is in the very center of the Middle East. This region has an incredible history dating back thousands of years and is home to some of the most ancient language traditions in the world. While Arabic is easily the most widely spoken language in the country, Iraq recognizes two official languages and three minority languages in its constitution.

Read on to learn more as we take a look at each of the top five spoken languages in Iraq in this post.

What Languages Do They Speak in Iraq?

This is certainly the language with the most speakers in the entire Middle East region, and the same is true within Iraq. The Arabic language has such a stronghold in the region in large part because of the presence of Islam — in Iraq, it’s estimated that more than 97% of the population is Muslim. Around 30 million people speak Arabic as a native language in the country.

There are some noticeable varieties in the Arabic spoken in different countries and regions, and the version spoken in Iraq is called Mesopotamian Arabic or Iraqi Arabic.

One of the major distinguishing features of the type of Arabic spoken in Iraq when compared to other regional varieties is that it is the most heavily influenced by Aramaic-Syriac. This is because of the history of the Aramaic language in the region, which was spoken for over 2000 years.

There is also some variation between versions of Arabic spoken within Iraq. The most widely understood dialect is Baghdadi Arabic. This is what is spoken by the educated Muslim population in Baghdad and is also referred to as Standard Iraqi Arabic. It has strong similarities to the Arabic spoken in Kuwait.

The other major dialect of Arabic spoken in Iraq is called Moslawi Arabic. It is spoken in the city of Mosul and surrounding areas. There aren’t as many speakers of this dialect as of Baghdadi Arabic, and the differences between the two are not extreme. One of the reasons there are fewer speakers is that Baghdadi Arabic is widely considered more prestigious and desirable.

Instead of the standard Arabic script, Mesopotamian Arabic is written with a modified script that includes some characters from Persian.

Kurdish is the second of Iraq’s two official languages. It is also the language with the second highest number of speakers in the country. The language is tied to Kurdistan, a geographical area and people with a shared cultural identity and history. There are three main dialects of Kurdish language, of which Sorani and Kurmanji are the most spoken in Iraq.

In Iraq, the Sorani script is used, though the language is referred to simply as “Kurdish” in the constitution. Different dialects of Kurdish are not mutually intelligible, and Kurdish has more in common with languages like Persian and Greek than it does with Arabic.

The Kurmanji language has been forbidden in recent history in countries like Turkey and Syria, although restrictions have recently changed in both of these countries due to changing political situations. A Sorani educational system was permitted to develop in Iraq, and this has led to the language becoming the primary literary Kurdish language in modern times.

While an exact figure isn’t known, there are an estimated 8 million native speakers of Sorani as of 2021.

Iraqi Turkmen is a dialect of Turkish that is also referred to as Turkoman. It is the language spoken by the Turkish minority in Iraq, and it is written with the modern Turkish alphabet, which uses Latin letters instead of Arabic. The speakers of this language are generally of Turkic origin and identify with Turkish heritage.

Most of the Iraqi Turkmens in Iraq are linked to Turkish culture through ancestral ties to the Ottoman Empire and the movement of its people from Anatolia to modern-day Iraq. The dialect spoken in Iraq has its origins in Ottoman Turkish, but it has also been heavily influenced by the Standard Turkish spoken in Turkey.

The majority of the Iraqi Turkmen population is able to communicate in either Arabic or Kurdish as well as Turkmen, and many are able to use all three languages.

These languages use the Syriac script which, similar to Arabic, is written from right to left. Syriac uses an abjad, which is an alphabet whose characters only represent consonants, leaving vowel sounds to be inferred by the reader.

The speakers of these languages have specific cultural identities associated with the languages and their communities, largely through associations with specific churches. The Classical Syriac language is still used as a liturgical language but isn’t spoken as a first language.

While it isn’t the only other language spoken in Iraq, Armenian is the third and final minority language explicitly recognized in the Iraqi constitution. It’s also the language with the fewest speakers mentioned in the constitution.

There are an estimated 10,000 to 15,000 Armenians in Iraq. Many of the members of this population are descendants of refugees who fled the Armenian genocide in eastern Anatolia during the first world war.

The Armenian language occupies its own independent branch of the Indo-European language tree, and it’s written in its own writing system that uses the Armenian alphabet. These two features make it a language that stands out from all others, though it’s thought to share some history with Greek and Indo-Iranian languages by some linguists. 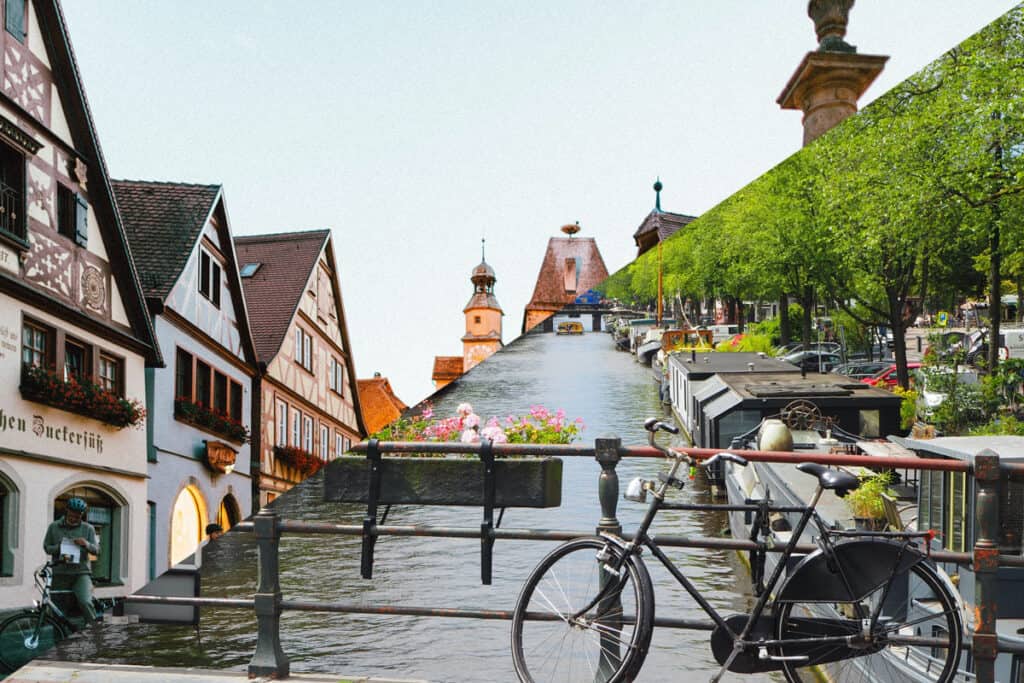 Dutch vs German: What is the Difference?

Not many people realize that English, Dutch, and German share a common root in the … 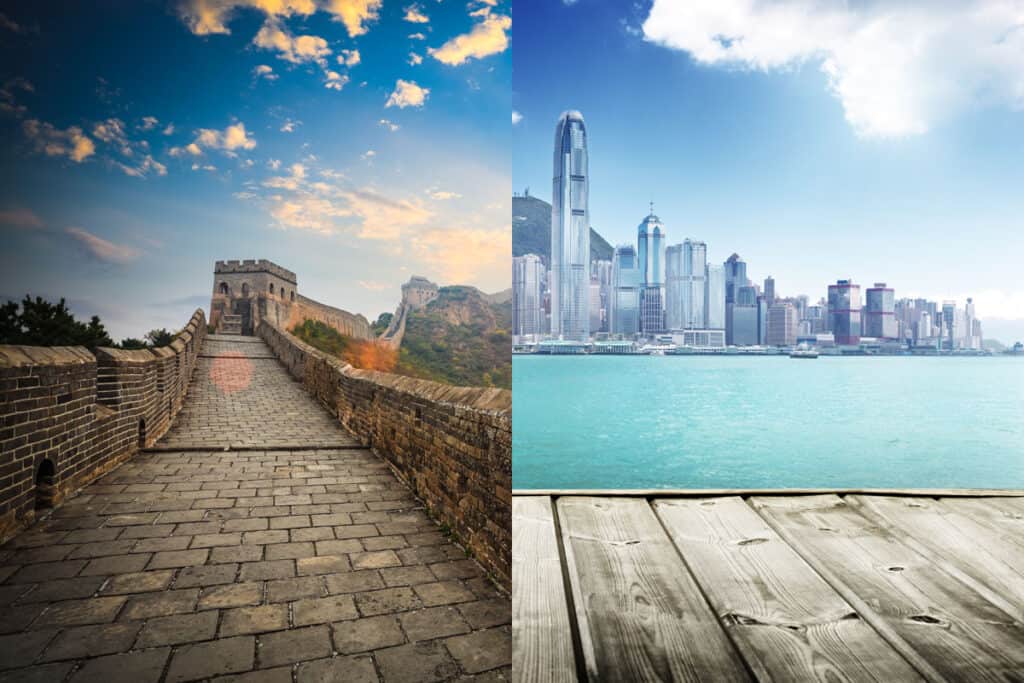 Cantonese vs Mandarin: What is the Difference?

Looking to learn more about Cantonese and Mandarin? Getting an idea about the differences and …