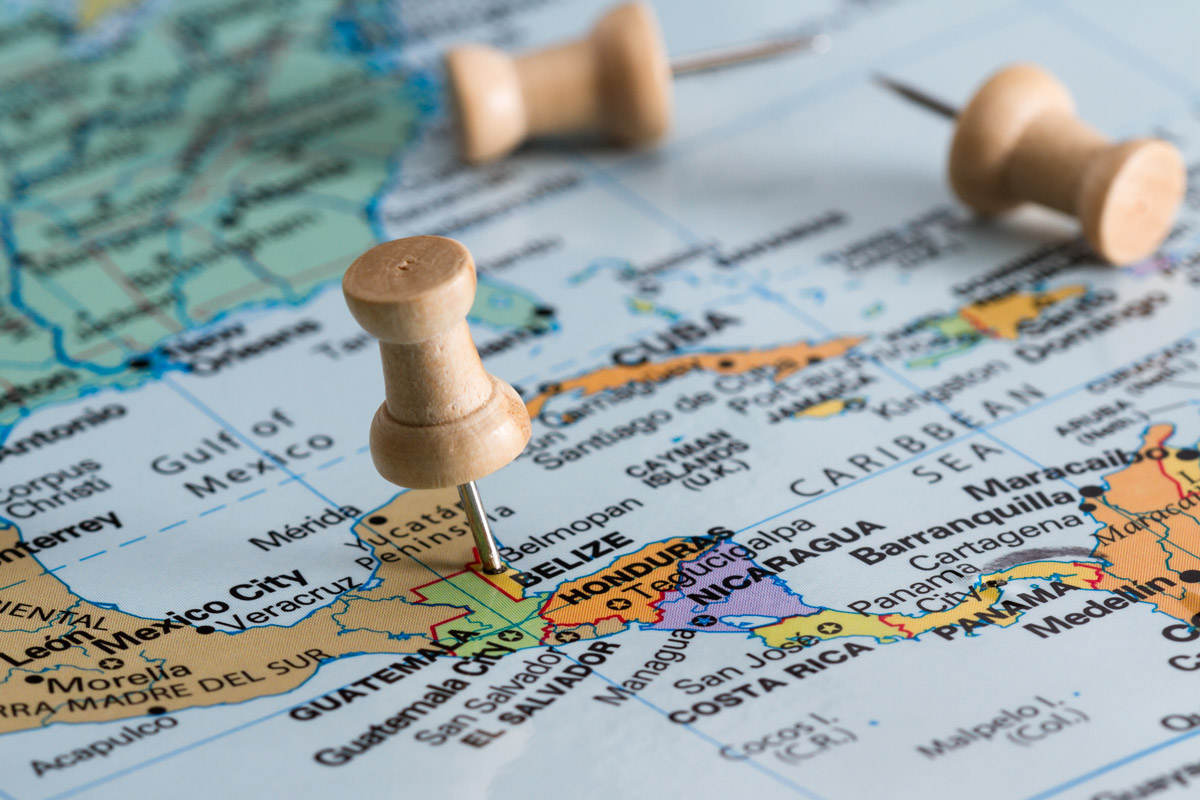 Given its location, you wouldn’t be blamed for assuming the official language of Belize was Spanish. You would, however, be incorrect. The collection of languages spoken in Belize is unique, interesting, and can serve as a map for understanding much of the country’s complex history.

Let’s dive deeper and take a look at the most spoken languages in Belize. Read on to learn which languages have found a home in “the jewel in the heart of the Caribbean basin.”

What Languages Do They Speak in Belize?

Belize might not be the first country that comes to mind when thinking about places that use English as their official language, but it is the only official language of the country. This doesn’t mean that other languages aren’t spoken, but it does mean that English is the most widely spoken language in Belize and that it is the language taught in the education system.

The history of English in Belize dates back to the 1600s, when the area was colonized by Britain. The Maya people had settled the area long before — thousands of years earlier — but British colonists turned the area into the Colony of British Honduras and brought their language with them. While Belize has been a fully independent nation since 1981, the presence of the English language remains and plays a strong role in modern-day Belize.

It’s estimated that almost 63% of the population in Belize speaks English. This makes it the most spoken language in the country, just ahead of Spanish, which is spoken by just over half of the country’s population.

A creole is a language that has been naturally developed from the mixing and simplifying of other established languages. In the case of Belizean Creole (sometimes also referred to as Kriol), it’s based very closely on English. Fluent English speakers will be able to understand most of the Belizean Creole they hear, with the major changes being in pronunciation and grammar.

The Belizean Creole language came about in large part because of the history of slave trade in the country. Many people were brought to Belize from West African countries, and Creole served as the language that was used for forced laborers in the logging industry to communicate with one another. Today, Belizean Creole functions as a lingua franca between many different ethic groups in Belize. It is spoken as a first language by some in various groups and as a second language by many more.

The language isn’t used in government, schools, or official proceedings, but many people learn the language at home and use it in a variety of contexts. While it is difficult to come up with an exact number, it is thought that around 45% of the population can speak Belizean Creole.

As is the case in its neighboring countries, there are many Spanish speakers in Belize. This is largely due to its location, surrounded by former Spanish colonies. There are both first and second language Spanish speakers in Belize. The majority of people that speak it as a native language are Belizeans who identify as Mestizo, Latino, or Hispanic. Those that speak Spanish as a second language often learn it in school.

There is a high amount of multilingualism in Belize, and it is common for people to be encouraged to learn multiple languages. There’s also a great deal of mixing between languages, and a continuum exists between English, Belizean Creole and Spanish. In some northern towns in Belize, there is a mix of Belizean Creole and Spanish that is spoken, called “Kitchen Spanish.” The blending of languages in this country paints a clear picture of the diversity of backgrounds in its inhabitants.

The languages in this category have been spoken in the region for far longer than any others. In fact, the Maya had settled the area and were likely already farming over 3,000 years ago. There are several Mayan languages that share Proto-Mayan as an origin, and there are around 6 million speakers of these languages around the world today.

In Belize, an estimated 30,000 people are native speakers of a Mayan language, and many of them also speak Belizean Creole or another language. The three major Mayan languages that are currently spoken in Belize are Mopan, Q’eqchi’, and Yucatec Maya.

Of these three languages, Yucatec Maya has the most speakers overall (located in Mexico and northern Belize). This is also the only Mayan language spoken in Belize that uses tones to affect word meaning.

The Mennonites have ancestral roots in Europe (mostly Germany and Russia), and have been in Belize since the late 1950s. Belize was an ideal settlement location for its isolation, where Mennonite communities could be self-sufficient and free from outside influence.

The vast majority of Mennonites in Belize speak Plautdietsch, which is a dialect of German and sometimes called Mennonite Low German — it has Dutch influence and is quite distinct from Standard German. Bible readings and education are conducted in Standard German, but most members of the community communicate in Plautdietsch with one another. English is also commonly spoken by members of these communities.

Garifuna is a language spoken by several thousand people in Belize, with even more speakers living in Honduras. The language is part of the Arawakan language family, which primarily consists of languages spoken in South America.

Most native speakers of Garifuna have West African, Caribbean, or Arawak ancestry. There is some dispute as to how the Garifuna people came to Central America, but deportation by the British is thought to have played a role.

One unique feature of the Garifuna language is the large amount of loanwords that come from both Caribbean and European languages. This is most likely due to a complicated history of war, colonization, and the movement of people. The majority of Garifuna-speakers live on the coast, though the language is also present inland.