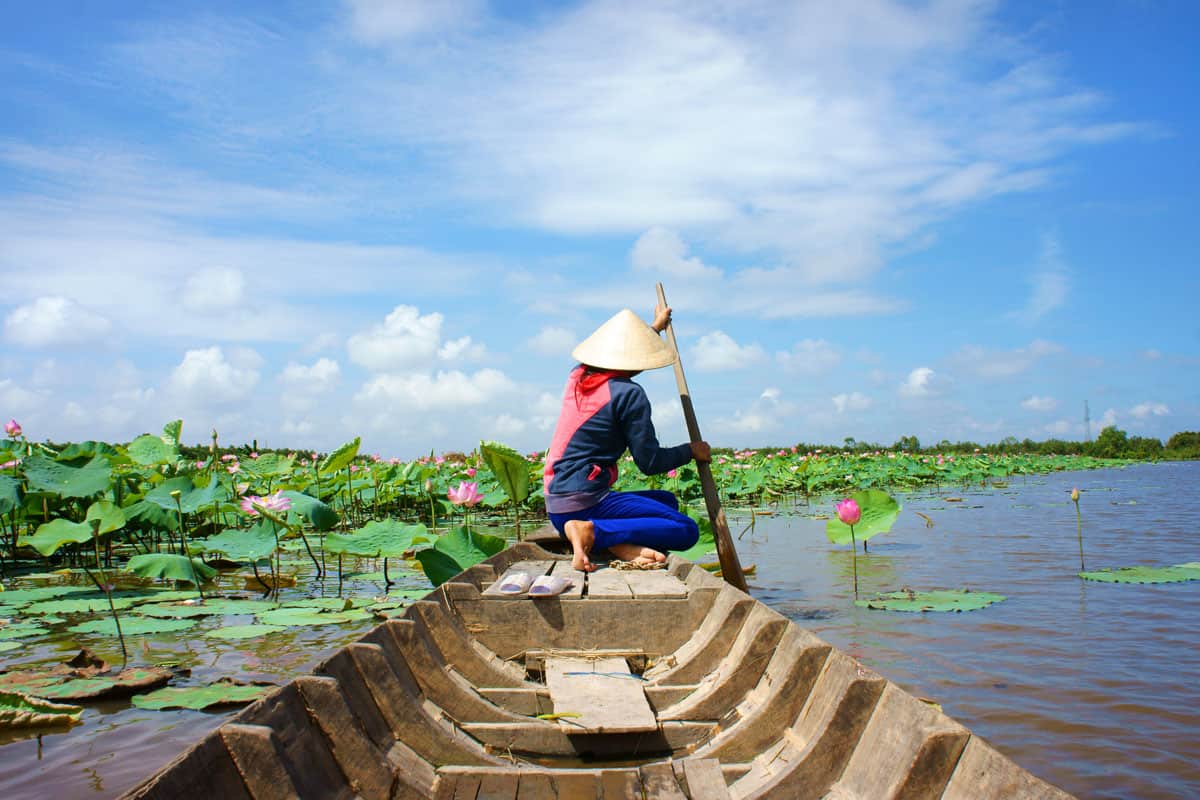 Humans use language to communicate and express ideas, and the way we do this can be incredibly complex and creative. One of the most creative ways we use language is by creating idioms, or sayings whose meaning differs from their literal interpretation. Each language has its own idioms that use imagery and metaphor to express nuanced ideas and often reflect the culture of the speaker.

In Vietnamese, idioms are known as thành ngữ, and there is a great deal of them. Read on to explore some of the most interesting idioms in the Vietnamese language.

A Few Useful Vietnamese Idioms to Put to Some Use

Literal translation: The cat praises its tail for being long

Using animals is a common theme of idioms in just about any language, and this one follows suit. The personification of the cat adds a comedic flair to it as well — it’s doubtful any cat is actually doing this, but it seems to fit with the feline personality all the same.

The meaning behind this idiom has to do with someone being proud of their own work, simply because it is their own. For example, an average karaoke singer who is extra proud might consider their rendition of their favorite song the best there is, despite the opinions of others.

This is another idiom that uses some animal imagery, but it also draws on the experiences of life in Vietnam. These are the types of idioms that can offer real insight to the culture and lifestyle related to a particular language.

Vietnam has a tropical climate, and the tropical storms and typhoons of the rainy season make much of the country susceptible to flooding. Flooding affects animals as well as humans, and this idiom refers to the fact that rats are often forced to leave their nests when water levels rise.

It doesn’t take the strongest imagination to picture a soaking wet rat emerging from its nest during a flood, which is what makes this idiom work so well. It’s used to describe someone that is very wet. If you got caught in a rainstorm without an umbrella, for example, you might be described as “wet like a flood rat.”

This idiom is probably most said by the older generation to younger people that are still learning about the world. It actually comes from a Chinese proverb with a similar literal translation.

There is a range of specific meanings this idiom can communicate, but they all have to do with pausing to consider where something comes from. It can refer to actual objects like the food in front of you or the roof over your head, but it can also refer to the intangible: your heritage and culture passed on to you from ancestors, for example.

A simplified version you might be more likely to hear in English could be, “remember your roots.”

Next to animals, the most common subject of idioms in many languages is food. Food is the perfect subject for an idiom because it is often closely tied to culture and it has the power to invoke strong personal responses in people.

Taro and sweet potatoes are two food items found in Vietnamese cuisine, and they are the subjects of this idiom because of how similar they look. To distinguish one from the other isn’t as easy as telling an apple from a banana, for example.

Since telling these two tubers apart takes some careful discernment, this idiom can be used to describe the act of figuring out something completely. To take a complex or complicated situation and make it clear enough to be easily understood is what this idiom is getting at.

An idiom’s meaning isn’t always clear from its literal translation, but that’s not the case with this one. In fact, it probably doesn’t require much explaining. An English idiom that uses rhyme and has a similar meaning is, “different strokes for different folks.”

This saying is used to talk about the fact that people have their own tastes, preferences, and thoughts. Humans are anything but homogenous, and this phrase recognizes that fact. You could use this phrase to speak about the difficulty of coming to a consensus as well.

This fun idiom uses old Vietnamese words, namely đăm and chiêu, which mean “right” and “left” respectively. Just by looking at the literal translation, there are a couple of guesses you could make at the meaning. Does it mean to harm oneself? Or is it just describing clumsiness? The correct meaning is closer to the latter.

More than just clumsiness, this saying is referring specifically to the loss of motor skills exhibited by someone under the influence of alcohol. If someone’s right leg is kicking their left leg, it means that they are stumbling drunk.

Calling someone “legless” in English to describe their drunkenness carries a similar meaning in that it also talks about the legs to create a picture of someone’s inebriation. You could also call someone “drunk as a skunk” in English.

Literal translation: Please someone and be resented

The literal translation of this idiom is contradictory, which makes it memorable and gives it some weight. The English equivalent, which is also contradictory, is “no good deed goes unpunished.”

Literal translation: What sows the wind reaps the storm

This idiom is like a more poetic version of the English version, “you reap what you sow.” In the Vietnamese phrase, the wind and the storm take agency instead of a person which adds to the imagery and sense of wisdom.

Essentially, this idiom is talking about the effects of the actions that we take. According to the laws of physics, every action has an opposite reaction, and that’s what this saying is trying to communicate.

You could use this idiom when speaking to someone who is experiencing misfortune that they have brought upon themselves. In a kinder context, you could use it when helping someone understand how to get something they want.

Literal translation: In the gourd round, in the tube long.

While it may not be immediately obvious, this idiom actually has a similar meaning to the previous one in this list. The implication here is that one who lives in a gourd will grow round and one who grows in a tube will grow long. In other words, we are all influenced by the world and people around us, and every effect has a cause.

Another English example of this idiom could be, “he that lives with cripples learns to limp,” although this version has a negative connotation. It warns against keeping undesirable company because you could develop undesirable habits, behaviors, or qualities.

Literal translation: The tree wants to be quiet, but the wind doesn’t stop

Have you ever felt like a tree blowing in the wind? Maybe not, but this idiom uses this imagery to describe a feeling we’ve all had at one point or another. The tree represents a person that doesn’t want any trouble, maybe just some peace and quiet. And the wind represents external forces that simply don’t care what the person wants.

A practical example of this could be someone wishing they didn’t have to go to work. They may not want to work, but the need for money is persistent and will continue, forcing the person to work even though they may not want to.

This literal translation is an approximation of the original because dừng is referring to a brick-like building material made of clay and bamboo that used to be common in Vietnam. The veins, then, are not like the ones carrying blood through your body but are referring to fractures in the dừng.

The English version of this Vietnamese saying is actually just the first half of it, “the walls have ears.” It’s used when you’re not in a situation where it is safe to freely talk about sensitive matters. This can be because the present company is likely to spread information or because there are people nearby who can overhear.

If someone says this idiom to you, it’s best to hold off on speaking about sensitive topics until you’re in a more private setting.

Literal translation: When the owner is not home, the chicken eats the shrimp pot

This idiom brings all of the classic idiom elements together: animals, food, and culturally specific references. The closest idiom in English is probably, “when the cat’s away, the mice will play.” This idiom uses a chicken because more people more commonly own chickens in Vietnam, especially in the past, and it uses a shrimp pot because it’s food that is eaten in the country.

The phrase speaks to the general nature of things to tend toward chaos when not kept in check or supervised. Without a watchful eye, things will go awry.