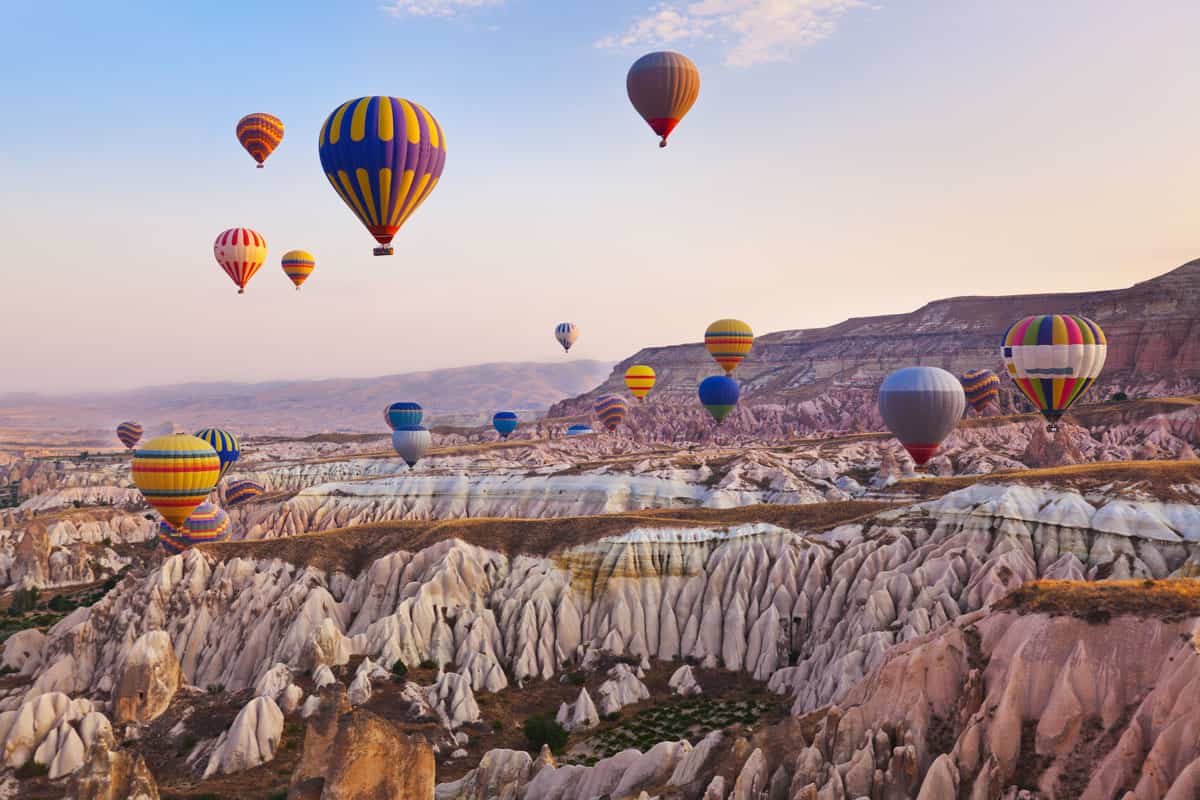 Idioms can be one of the most creative elements of a language. They express meaning beyond their literal significance and often do so with humor and entertaining imagery. They add color and life to the way we communicate, and each language has its own unique batch.

In this post, we’ll spill the beans on the most interesting idioms in Turkish. Read on to learn more about this beautiful language. Or don’t — the ball is in your court.

A Few Terrific Turkish Idioms You Can Try and Use

Literal translation: Don’t be a parsley

Understanding this idiom requires some understanding of Turkish cuisine. In Turkey, parsley is right at home in soups, salads, meat dishes, and just about any other food prepared in the country. No matter what it is, parsley usually finds a way to join the party.

To be a parsley, then, is to try and get involved in everything, including other people’s business. In English we might call this, “sticking your nose in everything.” You might say maydanoz olma to someone if they’re prying into your personal matters and you’d rather not share.

With over 65 million sheep and goats in the country, there’s bound to be an idiom or two about the herd animals. This idiom’s closest relative in English might be “losing one’s marbles.” It’s used to show that someone has lost their mind, or gone insane. “Losing the plot” might be a closer equivalent in British English.

Literal translation: Like pulling a hair out of butter

This idiom might not conjure the most pleasant image in your mind, but it’s not used to express disgust or anything unsavory. Instead, it’s another way to say that something is very easy.

There are lots of idioms in English that are used to say the same thing: “like taking candy from a baby,” “a walk in the park,” and “easy as pie” are just some examples.

Literal translation: Don’t turn a flea into a camel

The basic idea in this idiom isn’t too difficult to grasp: don’t turn something into something it’s not. An English version of this is to say, “don’t make a mountain out of a molehill.”

You’d say this to warn someone against overreacting to a situation or exaggerating. It’s usually used to show that something is only a minor issue.

This rather beautiful saying has to do with things that can only be had with time. Figs and olives don’t grow overnight; it can take whole generations to develop fruit-bearing trees, which means serious foresight is needed to reap the benefits.

You might say this idiom when referring to an action that won’t have immediate benefits but will pay off in the future.

Literal translation: When the fish climbs the tree

Fish are great swimmers, but they aren’t exactly known for their tree-climbing abilities. In fact, it’s doubtful that a fish has ever climbed a tree. That’s exactly the point of this idiom.

The construction used here is one we see in several English idioms. The English versions of this might be, “when pigs fly” or “when hell freezes over.” In other words, never. You might use this phrase if your friend asks you when you’re going to admit that your favorite sports team or band is actually not that good.

Literal translation: What does a donkey know about compote?

Donkey’s don’t have a reputation for being the most intelligent animals on the planet. While they may know a thing or two about hay or pulling carts, they almost certainly don’t know much about compote. They would probably appreciate it as much as almost any food item you presented it with.

This idiom is something like, “cast pearls before swine” in English. Basically, it’s a waste of time to give something to someone that won’t know how to appreciate it or what it’s really worth.

Literal translation: The hungry dog breaks through the oven

The literal translation of this one doesn’t hold up very well in English, but that’s the nature of idioms. The general message that’s conveyed in this phrase is that someone who’s hungry enough can do even the impossible.

Aren’t fish always sunken? That’s beside the point. The point being expressed by depiction is that things are already as bad as they can get. If the sunken fish has turned sideways, it’s probably no longer living. It’s hard to get worse than that.

Literal translation: May the cooked pear fall into my mouth

This idiom uses the fact that pears don’t cook themselves to describe someone who would like to get things without having to work for them. A pear that cooks itself on a tree and then falls into the mouth of a hungry person would be freeing that person from having to do any work to be able to eat.

When we talk about things “falling into our lap” in English, we’re expressing the same idea.

Literal translation: Did he throw a stone and his arm got tired?

There’s a bit of a snarky tone to this one; the rhetorical question could be asked to someone you’re accusing of being lazy. You might say it to someone who is acting exhausted but has barely done any work.

Literal translation: Coming over for a light

In this sense, “a light” takes the meaning of catching fire, like a lighting a cigarette or a candle. A more common reference point for English speakers might be to come over to borrow sugar.

This idiom is used to describe someone who’s just come over for a very brief time and isn’t going to say. You could say this to a guest who is about to leave but you would like them to stay longer: “Oh you just came over for a light?”