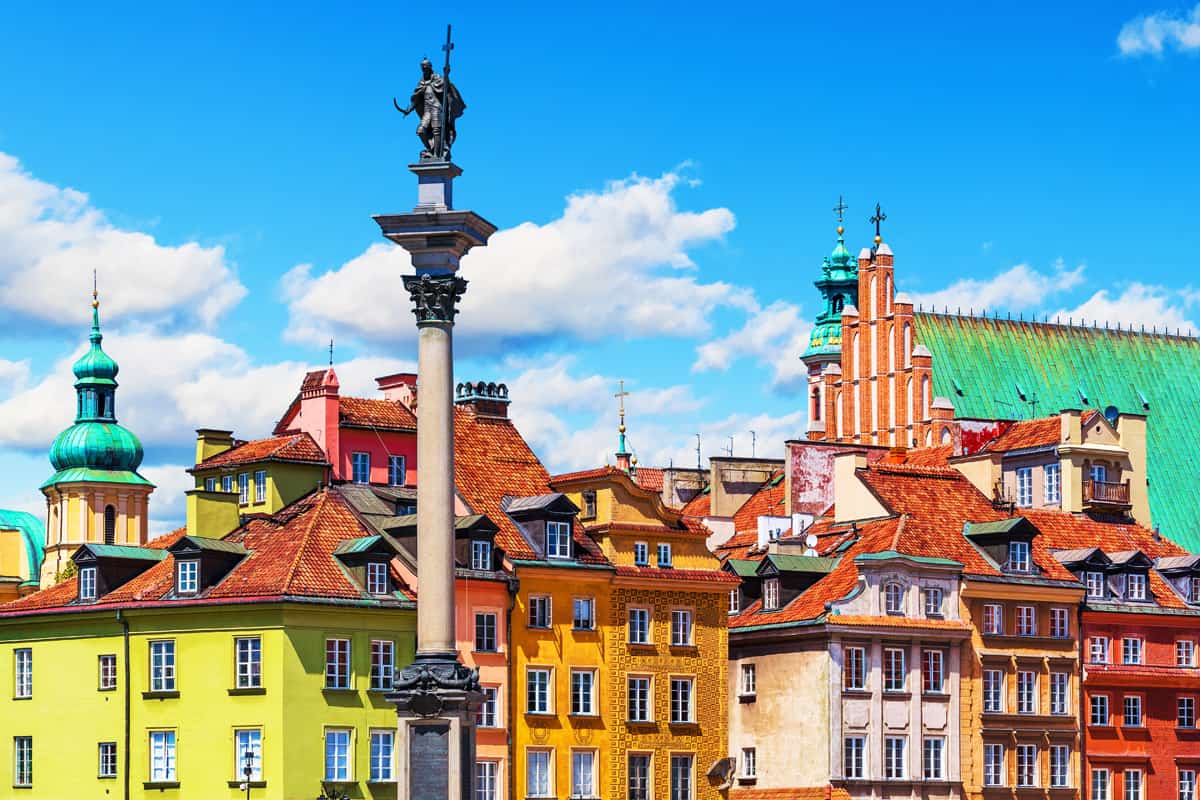 Every language has its own unique idiosyncrasies that make it stand out from others, and one of the ways this is most readily apparent is with idioms.

They’re often visual, sometimes comedic, and always an insight into the language. Literal translations of idioms aren’t usually sufficient in conveying their meaning, and that’s part of what makes them so much fun.

In this post we’ll look at some creative, commonly used Polish idioms. Read on to learn how to express yourself like a native Polish speaker.

A Few Fascinating Polish Idioms to Put to Some Use

Literal translation: Not my circus, not my monkeys

There’s an English idiom that carries the same meaning as this phrase, and it uses the same construction, but it’s not quite as cute: “Not my job, not my problem.” Basically, you could use this idiom when responding to something that is simply not your responsibility.

It might help to picture a bunch of circus monkeys (that you aren’t responsible for) causing a ruckus to help you remember this one.

Literal translation: Don’t call the wolf from the forest

This is an idiom that one could use to warn someone against causing unnecessary trouble. The literal translation actually does a fair job of illustrating a clear metaphor here because encouraging an encounter with a wolf is probably asking for trouble.

In English, we might say, “let sleeping dogs lie.” It’s a similar concept, but Polish takes it one step further by involving a wolf instead of dogs.

Literal translation: To sit as if in a Turkish sermon

It isn’t clear whether there’s a reason Turkish is the language used in this idiom; any language that isn’t widely spoken in Poland would have served just fine. The saying has to do with being in a situation where you have no idea what’s happening around you or what people are talking about.

A possible example of this would be listening in on a conversation about rocket science when you are not an expert in the field. Of course, you could also use this idiom to talk about listening to people speak in a language that you don’t understand. An English version of this could be, “it’s all Greek to me.”

Literal translation: They made me a horse

No, this idiom isn’t referring to a horse being created for you, it’s implying that you have been turned into a horse yourself. It’s not something you’ll want to find yourself saying, as it means you’ve been made into a fool by someone.

The literal translation doesn’t quite work in English, but it still gets the picture across. Using a donkey might paint an even more accurate picture if you were trying to say this in English.

Literal translation: To have flies in your nose

Are you feeling grumpy? Irritated? Frustrated? If so, you might have flies in your nose. This phrase isn’t to be taken literally. Instead, it implies that someone is feeling agitated and acting like it. If one of your friends has been sulking all day, for example, you might warn your other friends that they have flies in their nose.

Literal translation: The drowning man grabs at a razor

This fantastically visual metaphor paints a striking image that’s hard to forget. Drowning is a poignant example of desperation, and that’s just what it’s supposed to depict in this idiom: someone who is drowning is desperate and will do anything to try and save themselves.

This idiom can be applied to everyday life to explain the seemingly irrational decisions someone is making. An example of this could be someone who has gone bankrupt and as a last resort is betting their remaining possessions on a horse race.

Literal translation: To divide the skin on a bear

There may not be a ton of bear hunting references in the English language, but there’s at least one in Polish. It may be slightly gruesome, but the skin of the bear is the prize in this case, and to divide it while it’s still on the bear is to “count your chickens before they hatch.”

Basically, this idiom is used when someone is considering something as already achieved before it actually is. It’s not advisable to divide the skin on a bear!

Literal translation: Pears on a willow

Not familiar with tripe in oil? That’s okay, this phrase is does a good job of explaining itself plainly. Regardless of your feelings about tripe with oil, anything you compare it to in Poland is boring.

Literal translation: Drill a hole in your belly

The visual conveyed by this saying isn’t an especially nice one, and neither is the meaning behind it. This is something you would say to someone that is continually bothering you with something. If your parents wanted you to have children so that they could have grandchildren and kept bringing this up every time they saw you, you could say they’re drilling a hole in your belly.

There may not be a direct and obvious equivalent in English, but telling someone to “get off your back” is in the ballpark.

Literal translation: Look for holes in the whole

The rhyming of the literal English translation of this idiom is a coincidence, but it makes for an interesting translation. The word “whole” in this phrase refers to something that is complete, or without holes. To look for holes in it, then, would be a fruitless endeavor.

Essentially, this idiom is used to talk about someone that is trying to find faults in something that is faultless or trying to find something wrong in an otherwise good situation. Someone being a “debby downer” at a lovely picnic could be said to be looking for holes in the whole.

Literal translation: When you have stepped among the crows, you must caw as well

This rather comical visualization is similar to the English, “When in Rome, do as the Romans do.” It’s used to convey the value of fitting in and doing as a particular situation calls for. The obvious example of a situation in which you’d use this phrase might be when traveling and conforming to local customs.

The creativity of some idioms are certainly worth admiring. The idea communicated with this idiom is that something is futile, particularly with trying to say something to an unreceptive person. Something “falling on deaf ears” is a good example of a similar idiom in English.

Why peas against a wall? The best explanation is probably that it is an action that doesn’t really accomplish anything. You could also picture the peas sliding down the wall and not sticking to it despite your best efforts.

Literal translation: Stuff yourself with hay

There are far more vulgar ways to communicate what this idiom is saying. To tell someone to stuff themself with hay is to tell them off. If someone says something you don’t like, is bothering you, or has made you upset, you can use this idiom to express your desire that they leave you alone. The idea here is that someone stuffed with hay won’t be much of a bother, or say anything really.

In Poland, a “piece of cake” is bread with butter, at least figuratively. You’d use this idiom when talking about something that is very easy. Easy job? It’s bread with butter! Bread and butter is a plain, straightforward meal, and this is probably why it’s used to convey simplicity and ease.

Literal translation: To have a snake in your pocket

The literal English translation could potentially sound much ruder than it is in Polish. In its original Polish form, it’s a saying you could use to describe someone that is being less than generous with their money. A similar idiom in English might be to call someone “tight-fisted” or “stingy.”

Why snakes? It’s anyone’s guess, but you could picture snakes eating any money they find in someone’s pockets to help you remember this one.

If someone is thinking of blue almonds, they’ve got their head in the clouds. In other words, they’re daydreaming or their mind is wandering. This idea is conveyed by the unreal and dreamy nature of blue almonds, something that doesn’t exist naturally — if you’ve got them on your mind, you’re probably not fully present.