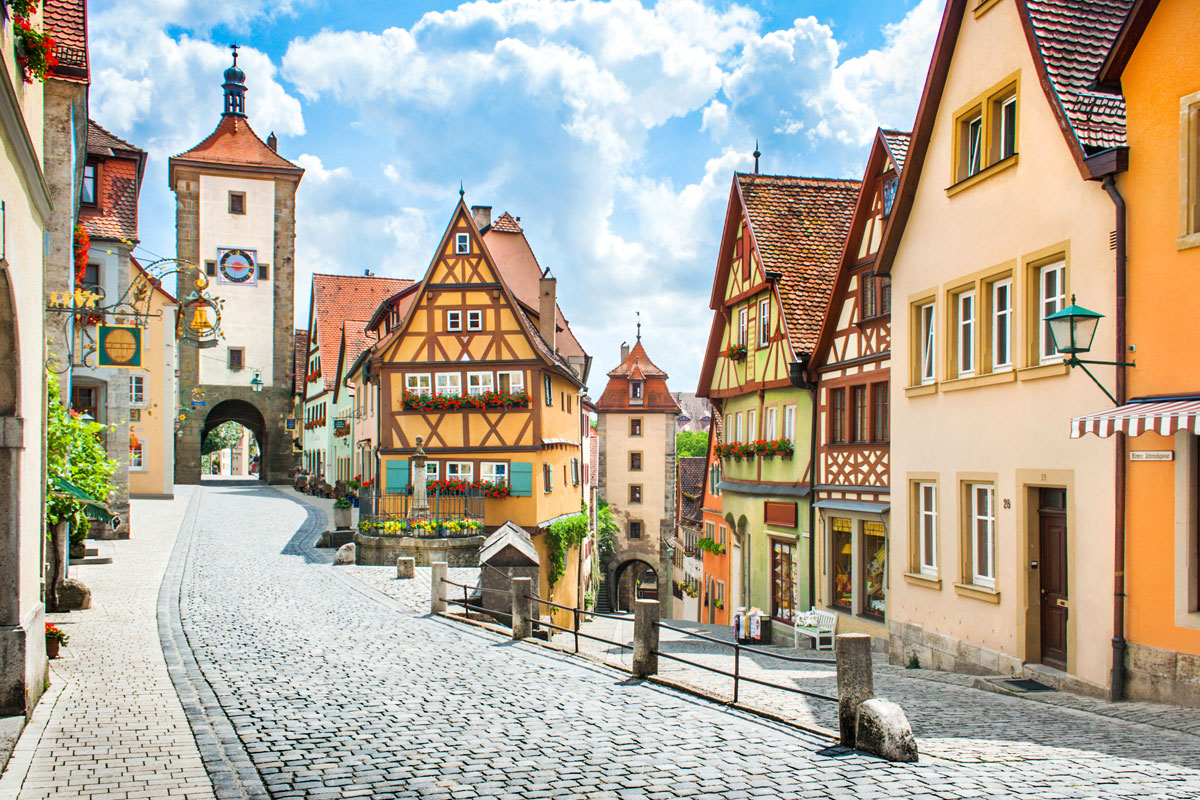 Families, relatives, ancestors — these are words we can use to describe personal relationships, but they also apply to languages. There are over 140 different language families in the world, and the Germanic language family is one of the most well-known in the Western world. It’s home to languages that share a common link to Proto-Germanic.

We’ll look at the most spoken of the 58 Germanic languages in this post and examine what makes each of them special.

What are the Most Common Germanic Languages to Learn?

There’s a clear winner when it comes to the most widely spoken Germanic language, and it’s English. There’s no competition here — English is actually spoken by more people than any other language in the world! There is a range of political and cultural reasons this is the case, and there are more non-native English speakers today than native speakers.

In addition to having the greatest number of speakers, English also has more words than its Germanic counterparts. In fact, it has more words than most languages, although making direct comparisons can be difficult considering the differences in grammar between languages. One of the reasons English has so many words is that there is a large number of loanwords in English. Many words are borrowed from foreign languages and incorporated into English.

Grammatically, English is considered to be a fairly simple language to learn. It isn’t agglutinative, and it isn’t ergative, two qualities that make some languages more difficult than others. There are quite a few verb tenses — 16 of them — but speakers don’t need to worry about a long list of noun cases to decline.

Depending on the learner’s native language, English pronunciation can be tricky to master. This is especially true for speakers of many Asian languages that don’t share a lot of phonological patterns. The /th/ sounds, for example, can take a lot of practice to produce naturally.

One of the main reasons English can be difficult to pronounce correctly is that it isn’t a highly phonetic language. There are all types of exceptions to pronunciation rules, and simply reading a word often doesn’t provide enough information to be able to pronounce it correctly. This is clearly evident in words like “cough,” “draught,” or “colonel.”

English is spoken as a native language by the majority of people in several countries, some of which are the USA, Canada, UK, and Australia. It’s also the official language of more than 50 countries.

What’s in a name? This is probably the first language most people think about when hearing the term “Germanic language.” It might be tempting to think that Germanic languages all share modern German as a common ancestor, but the truth is that German is an offshoot of Proto-Germanic just like the other languages in this family.

German is an official language in four different countries, the one with the most native speakers being Germany. The other countries that use German officially are Belgium, Luxembourg, and Austria.

This language has an unfortunate reputation for sounding harsh due to some of its phonological features, but as with any language, how it sounds depends largely on the speaker.

Speakers of other Germanic languages will likely notice some similarities in the vocabulary and grammar structures used in German. The English word “kindergarten” comes from German, for example, and words like hand, hammer, and finger are identical in both languages.

German exhibits a couple of interesting grammatical features, especially for people who are accustomed to English. For one, every noun is capitalized when written. German is the only major modern language that does this.

Another interesting quality of German grammar is that it is agglutinative. This means that suffixes play a major role in the language; they are appended to words in order to modify meaning and sometimes even communicate complete thoughts. Where you might find a few separate words to describe something in English, one word can sometimes do the job in German.

Add noun cases to the fact that German is agglutinative, and that’s why it is often considered a slightly difficult language to learn for English speakers. The pronunciation can also take some work to get just right, but it doesn’t include sounds that are too different from those found in English.

Along with English and German, Dutch occupies the West Germanic subgroup of the Germanic language family. The country with the greatest number of native speakers is the Netherlands, but the language is spoken in several countries, including neighboring Belgium and South America’s Suriname.

The Dutch language shares many features with English. It’s often considered the closest major language to English, the closest being Frisian, another West Germanic language with significantly fewer speakers. It can be helpful to picture Dutch as sitting between English and German, as it shares similarities with both languages.

English: He wanted to see the film.

(He wanted the film to see.)

Similar to German, Dutch nouns have gender, which isn’t something that happens in English. Nouns can be masculine, neutral, or feminine, and this has an impact on the grammar used in the language. Unlike German, noun cases are now not often used in Dutch, which simplifies the grammar considerably.

The spelling and pronunciation of Dutch words are quite similar to English, and this is because so many words between the two languages share the same linguistic origins. There are many words that are either exactly the same or very similar between them. Festival, best, bank, and vest are some words that are spelled the same in both languages.

Although speakers from all regions of Sweden can communicate with each other, there are some significant differences between regional varieties within the country. This is due to the country’s geography and the isolation it historically caused between peoples.

Generally considered to be a relatively easy language to learn for English speakers, Swedish doesn’t have extensively difficult grammar or pronunciation. As with English, grammatical cases aren’t a worry in Swedish (or really any other Germanic language except German), and the phonological qualities of Swedish are quite similar to English.

This is the second-most spoken North Germanic language, and it is the official language of Denmark. While the strong majority of its 6 million speakers live in Denmark, there are also notable communities of Danish speakers in Greenland, the Faroe Islands, and parts of Germany.

The Danish alphabet is the same as the English alphabet, with the addition of these three letters:  Æ, Ø, and Å. These letters account for the extra three vowels found in Danish’s nine compared to the English six. In terms of pronunciation, Danish is considered fairly difficult.

What makes Danish pronunciation complicated is mostly the fact that, like English, it isn’t very phonetic. In other words, it isn’t easy to know how a word should be pronounced just by looking at it. One of the reasons this is the case is that Danish has silent consonants, or letters that aren’t pronounced depending on where they appear in a word. Other confusing pronunciation aspects include unique vowel sounds and the soft “D” sound.

Gramatically speaking, Danish is similar to Swedish. It doesn’t have a complex case system, and there are just two grammatical genders that nouns can take. The word order in Danish sentences generally follows an SVO pattern, though there are some situations in which this is changed.

Finally, the official language of Norway makes the list as the North Germanic language with the fewest number of speakers. It is spoken as the official language in Norway and shares the closest similarity to Swedish. There is a high level of mutual intelligibility among Norwegian, Danish, and Swedish.

Like Danish, there are nine different vowels in the Norwegian alphabet, and these vowel sounds can either be long or short depending on the letters that precede and follow them. There are also 21 consonants in the alphabet, and these are the same Latin letters found in the English alphabet, although pronunciation is not consistent between the two languages. There are also regional differences in pronunciation of certain sounds like the Norwegian “R.”

The Norwegian language uses three grammatical genders for its nouns: masculine, neutral, and feminine. This is similar to German, although Norwegian lacks the relatively complex case system present in German. Word order and sentence structure generally follow similar patterns to those found in English, although there are exceptions to this.

Interestingly, there are two official forms for written Norwegian. One is referred to as bokmål, which means “book language,” and the other is called nynorsk, which translates to “new Norwegian.” The difference between the two has to do with Norwegian’s close link to Danish and Norway’s desire to have its own language.

Bokmål was the first standardized version of written Danish, and nynorsk was based more on the Norse, pre-Danish characteristics of Norwegian dialects. Both versions of the written language are used today.