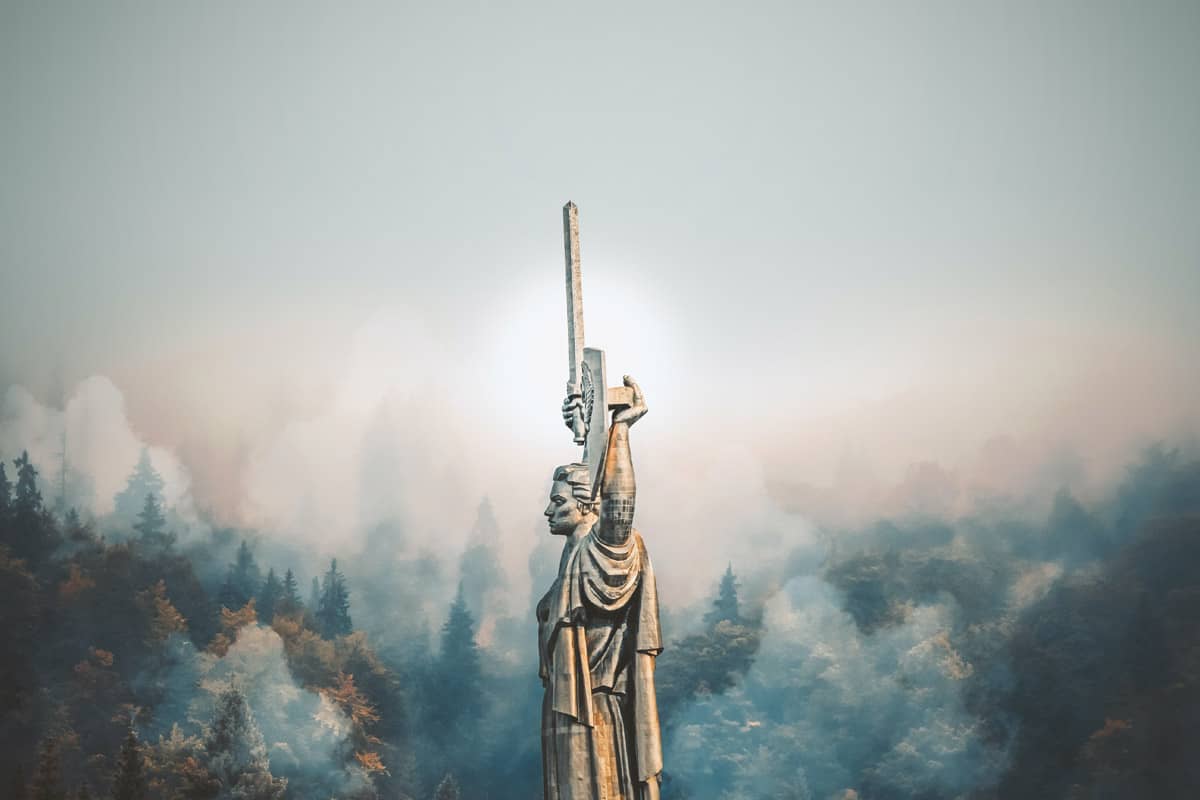 Ukrainian is similar to Russian since it’s a Slavonic Language. Since it’s not related to Romance languages, many English-speaking people find it challenging to learn. However, learning Ukrainian is just like learning any other language since it will take practice and memorization to master.

Ukrainian is often hard to learn for English speakers since the language isn’t directly related to English. Students will have to master a new alphabet, new vocabulary, and brand new grammar rules to master the basics of Ukrainian.

In this article, I’ll talk about why some English-speaking people struggle to learn Ukrainian. I’ll tell you about writing the alphabet, pronunciation, basic vocabulary, and grammar rules so you can get to know the Ukrainian Language a bit better.

Learning and Writing the Ukrainian Alphabet

Before you get started with Ukrainian, you will have to learn the alphabet.

Like Russian, Ukrainian uses the Cyrillic alphabet, which has 33 letters. Writing these new characters can seem daunting at first, but it should only take a week or so of practicing to master them.

When it comes to pronunciation, learning the sounds Ukrainian letters and words make is relatively simple. It’s a phonetic language, so if you are in doubt, sound it out!

However, some letters have slight sound differences, which could be confusing for a beginner conversationalist. For some great examples of the sounds that are similar, but have subtle differences, check out this YouTube video from a native Ukrainian speaker:

When learning any language, learning vocabulary is usually the most challenging part. That’s because it takes repetition and frequent use to retain vocabulary, and Ukrainian vocabulary is no exception.

Since Ukrainian isn’t directly related to English or other romance languages, the words won’t sound too much like their English definitions. That can make learning vocabulary difficult. However, learning Ukrainian words only takes memorization and practice.

In addition to learning vocabulary words, you will have to memorize each noun’s gender and each verb’s declension.

If you’re looking to practice, using flashcards can be very helpful. When you study the flashcards, say the vocabulary word, then either the gender of the noun or the verb’s declension every time you pull the card. This exercise will help you recall the genders and declensions of the words you learn, and it will also help you memorize the pronunciations.

Ukrainian grammar is very different from English grammar, which can be confusing at first. However, all it takes to master the grammar rules are written and spoken memorization of noun and verb endings.

Ukrainian grammar can be challenging to learn since it doesn’t have the same grammar rules as English. It’s an inflected, or fusional, language, which means that each word ends in one or two letters that tell you about the grammar. With these endings, word order doesn’t matter much.

So let’s talk more about nouns and verbs in Ukrainian. I’ll give you a brief introduction to the most basic grammar rules so that you can get a taste of what the language will be like to learn.

Ukrainian nouns are gendered. Each noun will either be masculine, feminine, or neuter, and each adjective that describes a Ukrainian noun will have to match that gender.

There are also seven noun cases in Ukrainian. Cases tell you where a word grammatically belongs in a sentence. Your nouns will end in different letters for each of these cases, working as a sentence diagram to tell you what each noun is doing in each sentence.

There are four declensions of nouns in Ukrainian, which means that you will have to memorize 56 different noun endings to memorize. Most of the time, once you have all of the case endings mastered, they will make learning the language more accessible.

In Ukrainian, the cases are:

A verb class is a grouping determined by the last letter in the stem of the verb. There are four classes of Ukrainian verbs, each with its own unique endings that denote tense, person, number, and voice.

There are e- stems, and и- stems, є- stems, and i-stems in Ukrainian. And while each class has its own set of endings, many of these endings are similar.

The ending of the verb is usually one to three letters long, and it marks the tense, person, number, and voice of the verb.

English does this too but to a lesser degree.

For example, consider the phrase “I am” (Ukrainian, я (є)сми).

In English, I wouldn’t say “I is” because “is” is the 3rd person singular form of the verb “to be.”

In Ukrainian, these personal changes are made by adding a few letters onto the verb’s stem, making it easier to learn than English. That’s because you won’t have to change the entire form of the verb, just the ending letters.

In Ukrainian, verbs can be in the present, future, or past tenses. They can also be passive or active, just like in English.

The Ukrainian language can be challenging to learn. That’s because it uses the Cyrillic alphabet, isn’t a Romance language, and is an inflected language. In addition, some letters sound similar but have slight differences that could change your meaning.

However, Ukrainian isn’t impossible to learn – if you’re someone who speaks English as a first language, you should find it no harder to learn than other, non-Romance languages.