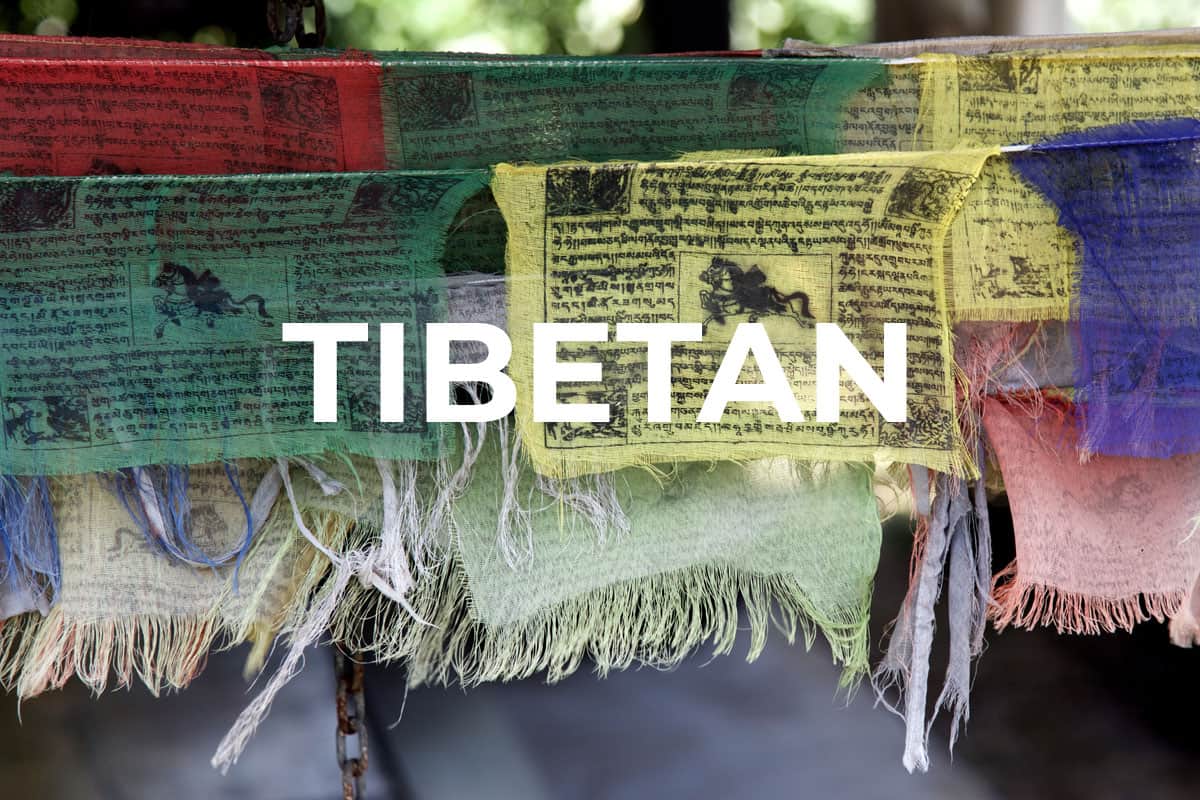 Tibetan language, along with the culture and country itself, is often portrayed as being shrouded in mystery.

In truth, in recent years a number of the world’s polyglots have turned their attention to the language. With this increased interest, more and more books and guides has been published on Tibetan language. There are some really great introductory texts, so for those of you ambitious and motivated enough, you really don’t have an excuse.

So, if that’s the case you’ll most probably be wondering, how hard is Tibetan to learn?

The simple answer is that it is not too difficult once you overcome some of the basic hurdles.

So there you have a simplified answer to our key question, however there is little bit more too it than just this. Let’s dive in further!

So, how hard is Tibetan to learn really?

Tibetan has been influenced by a number of key languages. Therefore you can find a number of loan words from Indian, Persian, Arabic, Mongol, Chinese, Portuguese and English. The language which has had the biggest influence in terms of loan words is Chinese, but there are a few words from English that would be worth learning.

The language deconstruction method is by no means exhaustive, but it is a good base for understanding Tibetan. It operates under the 80:20 Pareto principle, in that 80% of your languages needs are covered by 20% of the functional language.

Tibetan has 50 phonemes made up of 27 consonant sounds and 23 vowel sounds. Tibetan does have tones however they are not so important to the meaning. Stress is also not so important and each stress is given to each syllable.

There are a few sounds in Tibetan that are not common in English, but not enough to slow you down too much and the difficulty is quickly overcome.

Tibetan has its own distinct Indic script. The script was developed in the 7th century from the Brahmi script originating in India. The purpose being to translate Buddhist texts from Sanskrit into the Tibetan language. There are 30 basic consonant characters, along with 6 reverse characters and 5 thick characters. Around these 4 potential vowel symbols can be added. Each syllable is therefore made up of the core consonant around which can be added one of the vowels, but the vowel symbols are not necessary. 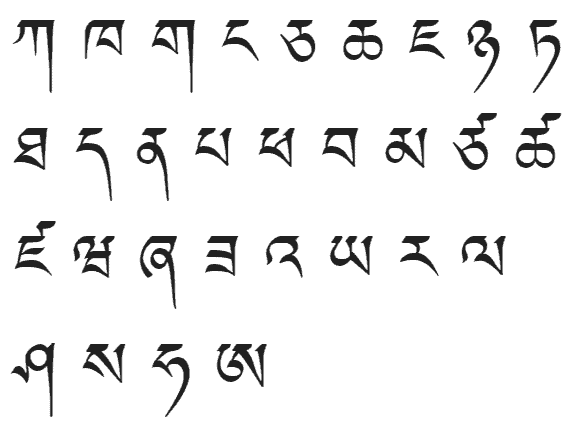 In answer, there are a three key reasons to learn Tibetan.

But, lets not stop there. Lets explore this question further.

Standard Tibetan is a Sino-Tibetan language. It is an official language in the Tibet Autonomous Region of China. It is also spoken in Nepal and India. Standard Tibetan, also known as Lhasa Tibetan, is spoken by 1.2 million people. It is regulated by the Committee for the Standardisation of the Tibetan Language.

Tibet is a province in Southwest China formally known as the Tibetan Autonomous Region. It is part of the greater Tibetan ethno-cultural area which also contains parts of Nepal, India, Bhutan, along with some of the provinces of Qinghai and Sichuan in China.

Tibet plays host to some of the tallest mountains in the world including Mount Everest at 8848m. There are a number of major rivers that orginated on the Tibetan Plateau including the Yangtze, Yellow River, Indus River, Mekong, and Ganges. The weather is extremely dry and extremely cold for much of the year and very hot in the summer. There is very little rainfall throughout the year other than when the Indian monsoon effects eastern Tibet.

Culturally, religion has played a very important part in the region. Tibetan Buddhism is practiced in Tibet along with parts of Mongolia, India, and other provinces of China. Much of the art are representations of dieties along with the famous thangka painting style and sand mandalas. Tibetan architecture has been strongly influenced by both China and India. The most famous building in Tibet is almost certainly the Potola Palace, the former residence of the Dalai Lama. In terms of food, Tibetans eat a lot Barley which is made into noodles or momos. Meat dishes feature a lot of yak or goat, and yak butter and cheese is also popular.

The local Tibetan economy is predominantly subsistence agriculture, although tourism plays a part. Given the harsh conditions, raising livestock is a common occupation.

The Foreign Service Institute (FSI) has put together a relative comparison of world languages but hasn’t included Tibetan.

Therefore, i’d have to perform an educated guess as to it’s relative rating. I’d rate Tibetan as a category 4 language along with languages like Turkish, Kymer and Ukrainian. This means it would take 44 weeks (1100 hours) to achieve a L3 proficiency in speaking and reading.

In attempting to learn anything it is best to first deconstruct the problem and then break down the learning task into manageable chunks. It is with this in mind that I recommend the following resources to help you in learning Tibetan.

4 thoughts on “How Hard is Tibetan to Learn for English Speakers?”