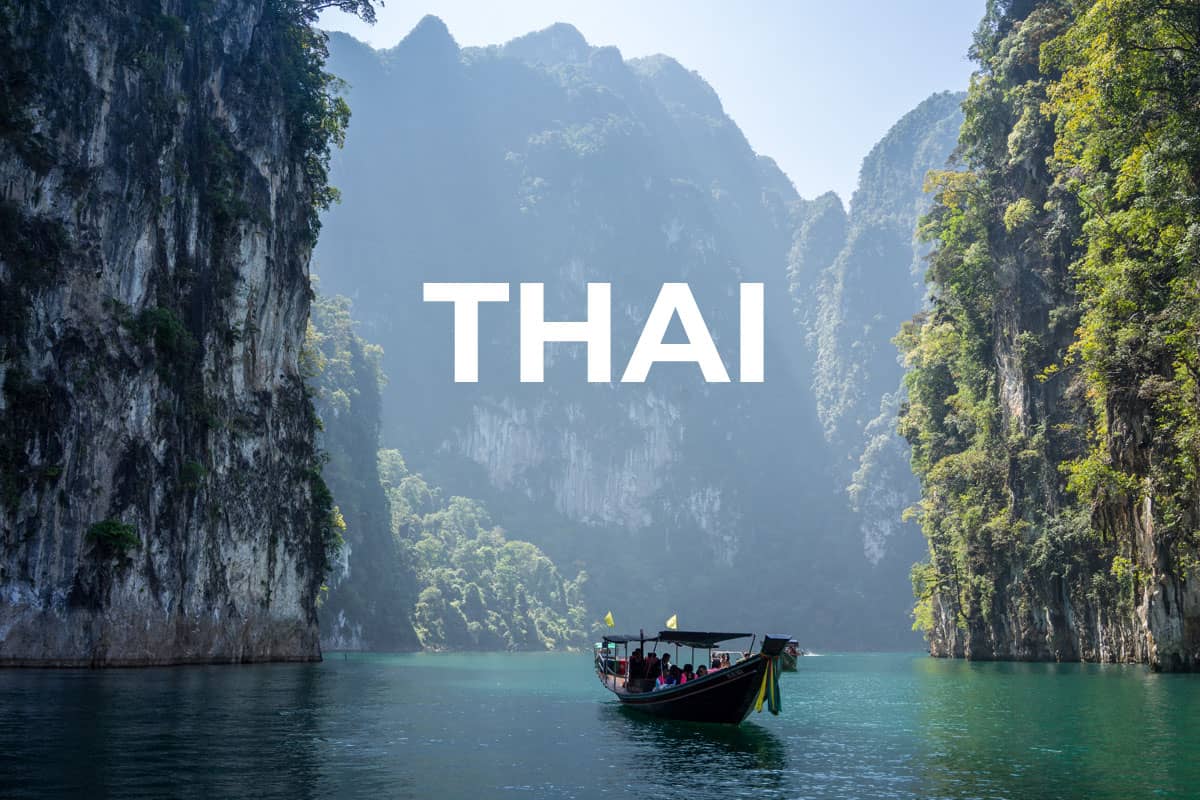 A lot of people are attempting to learn Thai these days.

But do they really know what they are letting themselves in for. Be it the tonal natural of the Thai language or how the script at first glance looks indecipherable. People need to approach the language with both patience and respect.

With that in mind, a lot of you will be wondering how hard is Thai to learn?

But, keep your chin up, there is hope yet!

So, how hard is Thai to learn really?

Thai vocabulary is usually monosyllabic. Words are often formed by repeating the same word or compounding together existing simpler words. The romanisation of the Thai script below is using the Royal Thai General System of Transcription (RTGS).

Thai loans words historically came from Chinese then later from Sanskrit, Khmer and Pali. In the era of colonialism Thai took words from French, Portuguese and English. In the recent age of globalism English loans words have been increasingly used in the context of culture, commerce and technology.

The language deconstruction method is by no means exhaustive, but it is a good base for understanding Thai. It operates under the 80:20 Pareto principle, in that 80% of your languages needs are covered by 20% of the functional language.

Thai has 39 phonemes made up of 21 consonant sounds and 18 vowel sounds. Thai is also a tonal language.

Tones in Thai involve a combination of pitch, duration, stress, and clarity/quality.

The Thai script is originally believed to have come from the Khmer script and is very closely related to the Lao script.  The alphabet is made up of 44 consonants and 18 vowels and 6 diphthongs.

My hovercraft is full of eels – โฮเวอร์คราฟท์ของผมเต็มไปด้วยปลาไหล

There are three key reasons to learn Thai.

But let’s not stop there. We are only just scratching the surface.

Thai is a Kra-Dai language. It is the official language of Thailand and the primary language of the Thai people. It is spoken by 20 million people as a 1st language and, interestingly double that around 40 million speak it as a 2nd language.

Thailand is located in Southeast Asia, with coastlines on the Andaman Sea and the Gulf of Thailand. It shares its borders with Myanmar (Burma) to the northwest, Laos to the northeast, Cambodia to the southeast and Malaysia to the south.

It is a very popular tourist destination, probably the most popular in Southeast Asia. There are thick jungles, beautiful coastal waters and islands, world renowned cuisine and much more. The people are famous for being very welcoming and it is both easy and cheap to get around the country.

The country has a long and proud history and in the latter part of the 20th century had one of the fastest growing economies. Thailand has the second largest economy in Southeast Asia, relying heavily on exports. The main hub is the capital Bangkok and is by far the biggest city. In recent years the military has taken control of the government but the country remains a popular destination to travel.

The Foreign Service Institute (FSI) has put together a relative comparison of world languages including Thai.

They rate Thai as a category 4 language along with languages like Georgian, Mongolian and Vietnamese. They believe it would 44 weeks (1100 hours) to achieve a L3 proficiency in speaking and reading.

In attempting to learn anything it is best to first deconstruct the problem and then break down the learning task into manageable chunks. It is with this in mind that I recommend the following resources to help you in learning Thai.