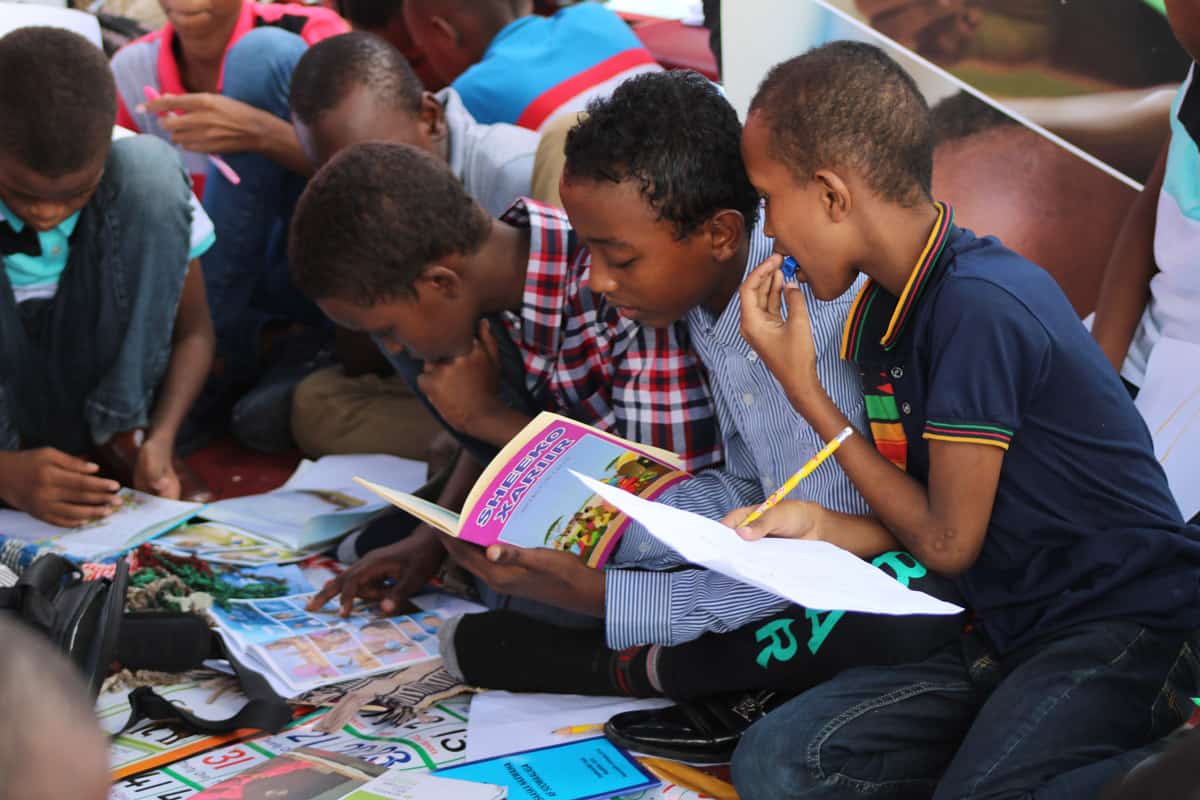 If you’re attempting to join the ranks of roughly 21.9 million Somali speakers by learning Somali, you may be alarmed to discover that neither Rosetta Stone nor Duolingo offers a course in the language. Considering the vast catalog of language courses each offers, you might wonder why Somali isn’t among them. The answer is simple – Somali is a complex language to learn.

Somali is hard to learn, and it takes about 44 weeks (or 1100 class hours) to achieve “Professional Working Proficiency.” According to the Foreign Service Institute, Somali is a category III “hard” language – only category IV “super-hard” languages are more difficult than category III languages.

With numerous hurdles for even skilled linguists to overcome, Somali can leave students perplexed and defeated. In this guide, I will provide a brief overview of the reasons this language is so challenging to learn and the linguistic difficulties that an English speaker will encounter when learning this language.

Why Somali is So Difficult to Learn

While it’s true that every language has rules and structure, Somali is a different beast altogether. Subtle differences in language structure mean that even basic fluency is challenging.

Additionally, the language has many culture-specific hallmarks embedded within it, which makes it challenging for a person unfamiliar with this structure to learn the language.

However, the dedicated few that can master this language will receive a deep insight into Somalian life.

Somali is a member of the Cushitic branch of languages.

This Afro-Asiatic language utilizes a “subject-object-verb” sentence structure, unlike English, where the order is “subject-verb-object.”

An example of this difference would be:

Aside from a difference in sentence structure, Somali also features a phenomenon known as “gender polarity.” This means that singular words (either masculine or feminine) will switch to the opposite gender in their plural form.

For simplicity’s sake, let’s take a look at the word “cat” in Spanish.

“Gato” is a masculine word and represents a singular cat. Now, if we were to apply the rules of gender polarity from Somali, the word “cats” would then be “gata,” a feminine word.

This, of course, is not the case in Spanish. However, as Spanish is a language that many English speakers have experience with, using this language makes it easier to explain what gender polarity means.

It’s important to note that Somali does have irregular plurals, and it’s not always as simple as switching gender.

In fact, Somali has around seven different patterns regarding pluralization, which contribute to making the language so challenging to learn.

In Somali, words follow a root-pattern system that makes word-formation much more complex.

Root words provide the meaning of the word and consist of consonants.

In English, prefixes and suffixes attach to either end of a word to shape its meaning. However, in Somali, a root resembles consonants with fill-in-the-blank spots for vowels.

These vowel formations are the pattern part of the language system and provide us with information such as tense, aspect, mood, or number.

Cases help determine a noun or an adjective’s role in a sentence. They help us know who owns something, who’s performing a particular task, etc. While some languages have over ten different cases, Somali only employs four.

However, while these cases are few, they are complicated.

These four cases are as follows:

While this may seem straightforward to understand, certain cases are dominant over others and can cancel each other out.

A fantastic article on Medium by APJama breaks this down much more thoroughly.

Tones in Somali and How Inflection Creates Meaning

Somali is a tonal language. This means that a word’s meaning can change based on how you say it. In the case of Somali, there are two tones: high and low.

This factor alone produces a challenge for non-native speakers trying to learn the language, especially if they do not already have experience with another tonal language.

Language learners will need to be exposed to spoken and written Somali to grasp the differences in spoken words.

Hearing the language will also help students learn how to decipher conversations as they happen. This can take time, but it’s necessary when aiming for fluency.

Another challenge posed by Somali is that it requires guttural sounds that many English speakers will find hard to reproduce. It also employs short and long vowel sounds. A specific vowel is either dragged on or cut short to signify a particular word in these instances.

Languages are often a reflection of the people that use them, and Somali is no different.

As many Somalians were historically nomadic camel-herders, many words directly related to this profession and its livestock.

These words regarding camel-rearing often have no corresponding words in English. This can pose a struggle for those learning the language – most learners find it hard to remember vocabulary that seems irrelevant or unusable to their everyday life, which creates another barrier to fluency.

Similarly, idioms and euphemisms unique to Somali can also pose a challenge for students. For example, the saying “They both got sneezed out of the same place” is a way to reference the shared likeness between two people.

However, unless a language learner is already familiar with the expression, it’s sure to leave them confused.

The official writing system of Somali was created in 1972 and is known as the Somali Latin alphabet. As the name suggests, it uses the Latin alphabet as a base.

In fact, it uses 23 of the letters in the English alphabet, except for p,v, and z. Only loan words contain those letters.

Besides the official system, Somali can be written using Wadaad writing. This system uses the Arabic script as a base for written Somali, and was developed in the 19th century.

A third system of writing Somali uses the Osmanya script. This system was based on Arabic script and was developed in the 1920s and was mainly used in the 1970s. However, it is very rarely used today.

These are not the only scripts available for writing Somali. Other options include the Kaddare script and the Gadabuursi (or Borama) script. Both were developed Sheikhs as alternative systems for written Somali, Gadaburrsi in the 1930s and Kaddare in the 1950s.

The number of scripts available for written Somali poses a final layer of complexity when learning the language.

While the Somali Latin alphabet is the most widely used, there’s no telling when you may encounter one of the other systems, which means students often need to consider learning additional scripts.

Somali is a complex language that takes a lifetime to learn. When you consider the intricate grammar rules, the language’s tonality, the reliance on colloquialisms, and the many writing systems that have been used, it’s enough to cause even the brightest people to struggle.

Thankfully, despite the lack of online learning resources, a vast community is open on YouTube for learners needing additional guidance and support, which makes learning Somali somewhat accessible to interested students.

3 thoughts on “How Hard is Somali to Learn?”