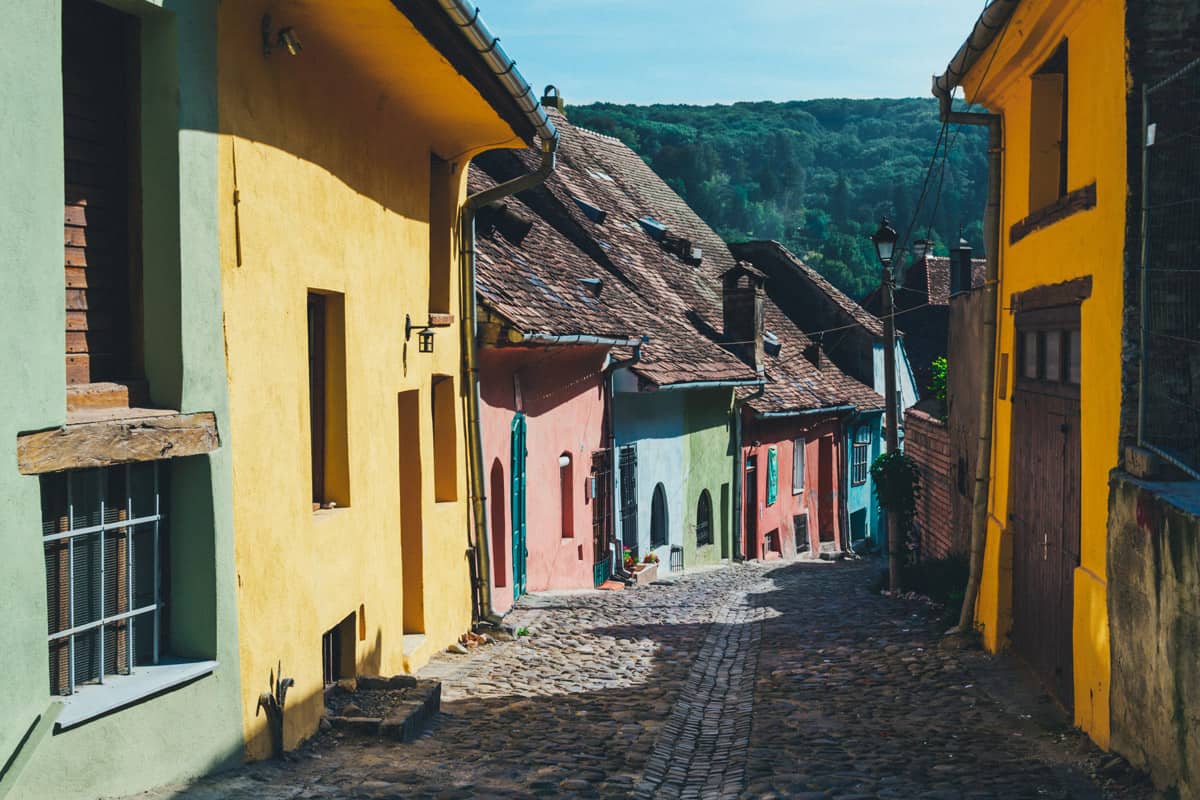 Compared to other Romance languages, Romanian tends to be a less popular choice for language learners looking to learn a new language. However, it remains one of the most widely spoken Romance languages and is a great second language choice due to its similarities to other popular languages like Spanish and Italian. But how hard is it to learn Romanian?

Romanian is not a difficult language to learn because it is a Romance language, or a Latin language. While its grammar can be challenging, its similarity to other languages makes learning its vocabulary and pronunciation easy and accessible for people who speak similar languages, including Italian and Portuguese.

In the rest of this article, we will take a look at what makes Romanian both an easy and challenging language to learn. We will also take a look at how you can get started today improving your Romanian.

The Grammar Is Challenging

Romanian grammar can be a particularly challenging part of the language for the average learner because of the noun cases. In other Romance languages, verbs are conjugated depending on the needs of the sentence. However, with Romanian, the nouns change as well.

For example, if a noun serves as an indirect object, it will have a different case than if it were a direct object of a noun. This structure is different from how object nouns are used in English or most other Latin languages.

While it is not an overwhelmingly challenging concept, it will require more time to get used to this aspect of Romanian.

For speakers of languages like Spanish or Portuguese, the concept of two genders for nouns is quite familiar. However, in Romanian, it goes one step further. There are masculine and feminine forms, as well as a neutral form, which allows for three separate genders in the language.

While not as accepted by most people, this is becoming true for the English language as well. The singular form of “they” or “them” allows for a neutral gender expression.

While Romanian previously used a Cyrillic alphabet, it now uses the Latin alphabet. For English speakers and those familiar with other Romance languages, this makes interacting with written Romanian relatively straightforward.

Additionally, this language is consistent in its pronunciation.

The language is highly regular in its phonetic structure, which means that once you learn how to pronounce each of the letter sounds correct, you will be able to read Romanian with ease.

This might come in handy when you hear a word that you don’t know and want to look up. You will be able to transcribe it easily based on the pronunciation, allowing you to look up the meaning later on.

However, you may notice a distinctly Slavic influence in the pronunciation of Romanian, which might be due to the fact that the country is surrounded by neighboring countries that mainly speak Slavic languages rather than Romance ones.

This quirk of geography has led to a unique pronunciation for the language, especially compared to similar languages.

The Vocabulary Is Similar to Slavic Countries

The Romanian vocabulary shares a lot of words in common with other Romance languages, as well as with English. Monolingual English speakers might recognize some Romanian words, while the similarities will be even more pronounced to those who can speak French, Spanish or Italian.

Even speakers of Slavic languages like Bulgarian will notice some familiar words. It is estimated that about 10% of the words in Romanian come from neighboring Slavic countries.

When it comes to Romanian vocabulary, the speed at which you acquire the words will have a lot to do with the languages you already know. Other Romance languages are a big asset, but English and Bulgarian can also be helpful.

Other Challenges to Learning Romanian

There are a few other challenges when learning Romanian beyond its grammar and vocabulary.

These are due to the fact that Romanian is not a common choice for a second language. Even though it is a Romance language, it is not as popular as other options like Spanish, Italian or French.

Because there are fewer students for this language, there are also fewer resources available. It can be challenging to find good learning materials at all levels of Romanian, and it can also be difficult to find a way to communicate with a native speaker as practice.

Luckily, the internet makes finding other speakers relatively easy, even if there are no native speakers or language students in your area. Websites like iTalki and other language exchange sites make it easy to find a partner as you learn Romanian.

You may also be able to find a Romanian speaker who would like to exchange Romanian practice for a language you already know, like English. Alternatively, you can also consider hiring a tutor.

No matter which you choose, these sites give you a chance to practice with a native or fluent speaker from the comfort of your own home.

Getting Started With Romanian

If you’re considering learning Romanian and looking for help getting started, you’re in luck. Romanian is available on many language learning apps, which makes it easy for you to start learning the language.

If you’re not sure which app to choose, I recommend Learn Romanian Speak Romanian, which has been developed by ATi Studios and is loaded with great features to help in your Romanian learning journey.

The app prides itself on great audio quality and recording from real people to help you learn the language. This feature will also help you with your pronunciation and intonation, as you’ll have references from native speakers.

The app also has a focus on conversational Romanian. If your goal is to be able to speak the language fluently, you’ll find that it is designed to help you reach your goal. You will practice with real-life scenarios that will help you apply your new language skills in practice for actual conversations.

While Romanian has some differences that distinguish it from its Romance language counterparts, it is, in general, not a particularly hard language to learn. If you have a background in other Romance languages, the vocabulary will be quite familiar.

After a bit of practice with Romanian grammar, you should be able to progress quickly and enjoy the ability to converse with people in a new language.