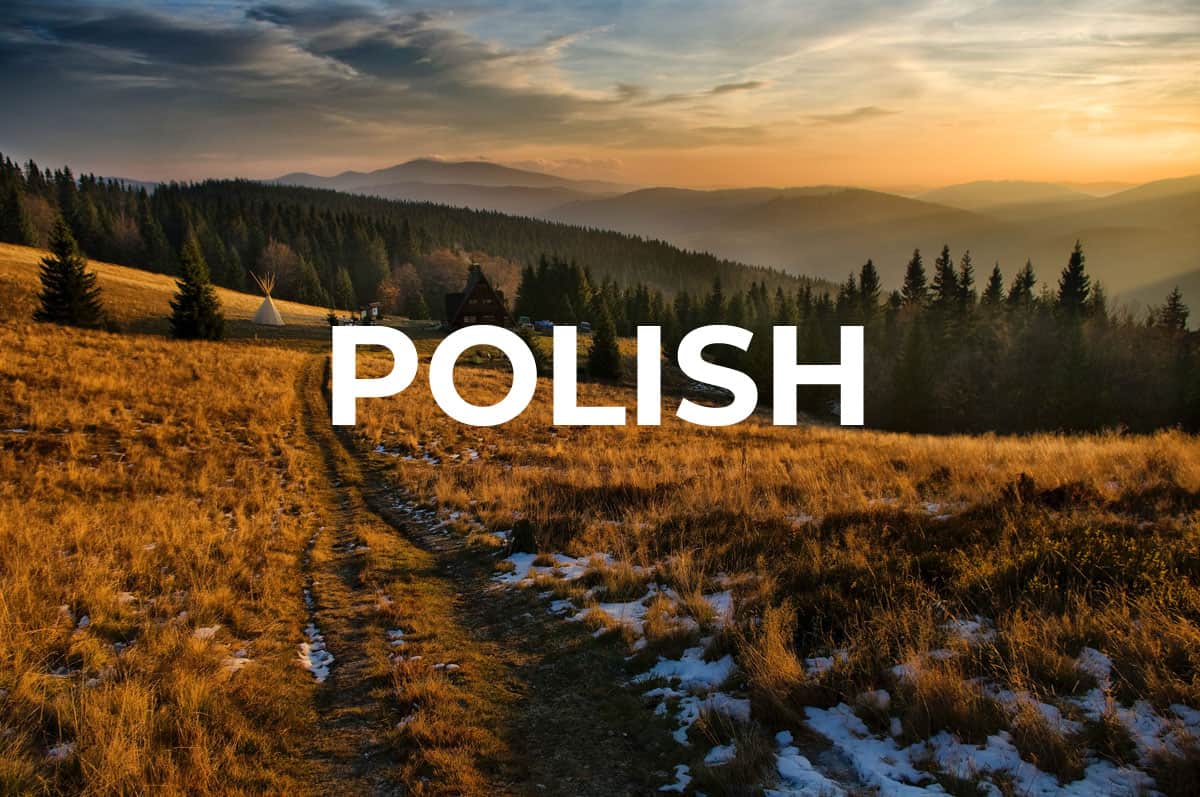 So, how hard is Polish to learn?

It is pretty difficult, mainly due to the irregularity of the grammar, the heavy use of cases and the strange spelling of words.

But we are really only scratching the surface. Lets dive in further!

How Hard Is Polish to Learn Really?

Polish is a Slavic language, more specifically western Slavic. Consequently it has a large shared vocabulary root with many of the other Slavic languages. On top of that, Polish has adopted many loanwords from other very different languages like Latin, Italian, French, German and most recently from English. The Polish spelling is imposed upon the original word and this often means the words are altered dramatically.

These altered prefixes and suffixes are very common in Polish. Be prepared to see this type of strange spelling.

The keys problem areas of Polish grammar are the variable word order, the complex case system and the use of 3 genders for nouns.

In Polish there are 32 letters in the alphabet. That is the basic 26 of the English alphabet minus q, v and x. To these are added 9 other letters which look different because they have a number of diacritics markers added.

In Polish vocabulary there are many consonant combinations that you wouldn’t find in English. For example dz, rz or sz. There are many more which make sounding out words difficult to begin with.

That being said, the spelling in Polish is quite regular so once you have mastered the rules you can progress relatively quickly.

Within Poland around 95% of people speak Polish as their first language. But that’s not all. Polish is spoken by minorities in many of the surrounding countries like Ukraine, Belarus, Lithuania, Slovakia and Czechia. The Polish diaspora have maintained the language in the new countries they live in so Polish can be heard in the USA, further flung areas of Europe and South America.

In total it is thought around 45 million people speak Polish worldwide with around 37 million speakers in Poland. The language itself is very similar to Czech and Slovak and many claim speakers of these language can understand quite well when Polish is spoken.

Where Did the Polish Language Come From?

A number of tribes arrived in the area around the 6th century speaking a number of different Slavic languages. These evolved over time into Polish. In terms of geographic reach, Polish reached its height around the time of the Polish Lithuanian Commonwealth which was around the 16th century to the 18th century. The commonwealth stretched from Poland through Ukraine all the way to western Russia and Polish was the most commonly spoken language.

In the 19th century, much of the country was carved up by competing great powers and Polish lost much of its impact as a dominant language. That being said, during the 20th century under the rule of Germany and then the USSR the language was surprisingly resistant to attempts to limit its use. It certainly adopted loan words from Russian but maintained its own linguistic integrity.

Is Polish Harder Than German?

The key areas of difference in terms of difficulty will be cases, spelling and grammar rules. There are 7 cases in Polish and only 4 in German, Polish had lots of consonant clusters which take a lot of time to get used to pronouncing, and German is much more logical in terms of the grammar while Polish is more irregular. On balance, most people would say Polish is harder than German.

Is Polish Harder Than Chinese?

On the face of it this may seem like a silly question. But to some people, Polish is one of the most difficult languages within the Slavic language. But can it really compare to Chinese?

In terms of vocabulary, both language have tricky word formation but Polish shares many more loan words with English. The grammar for Polish involves cases and lots of irregularities with verb formation. Chinese grammar doesn’t change verbs and is pretty regular and logical by comparison. The Chinese pronunciation involves a number of new sounds to a English speaker and also involves tones which change the meaning of a syllable. Polish has some new sounds but nowhere near the complexity of Chinese pronunciation. Finally, the Polish alphabet is very similar to the English alphabet, while the use of characters in Chinese add a level of complexity far exceeding that of the Polish writing system.

In answer to the question putting all of those points together, Chinese is harder than Polish overall.

1 thought on “How Hard Is Polish to Learn?”