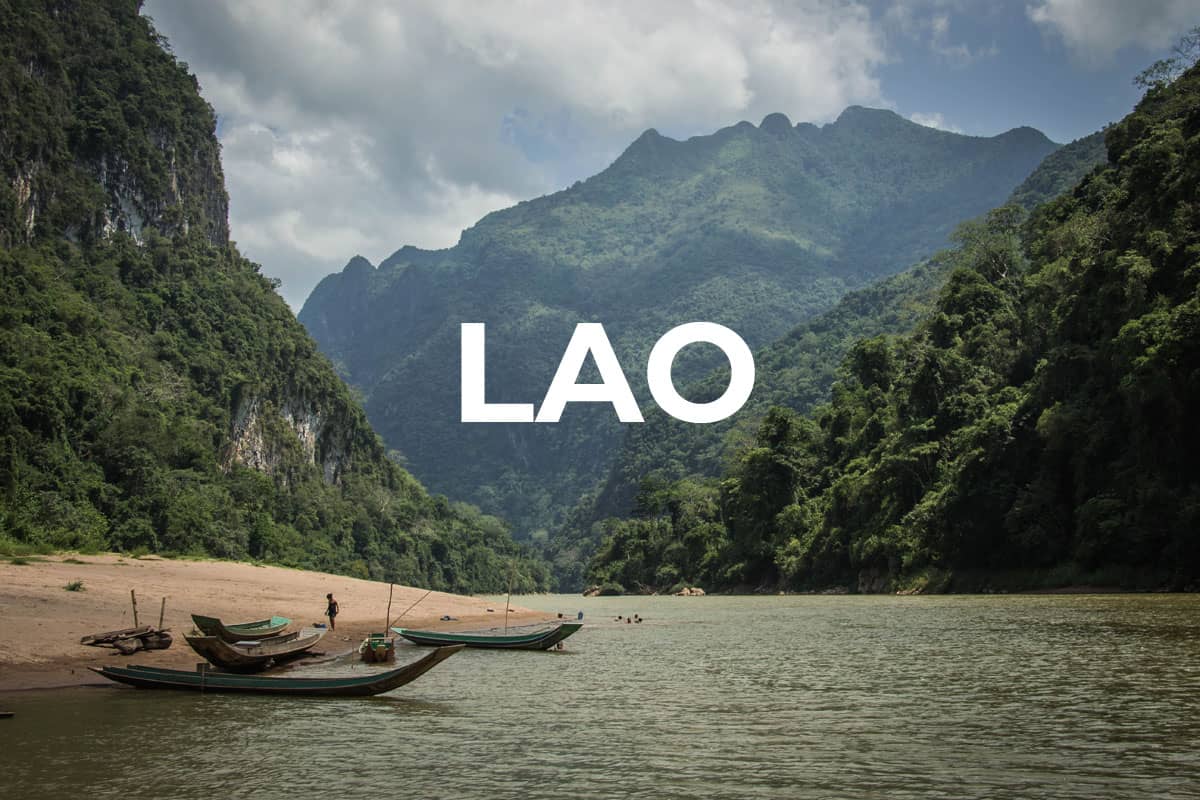 So, how hard is Lao to learn?

The main areas of difficulty are going to be the tonal nature of the language the complexity of the writing system.

So that is just a quick overview of Lao. Let’s look at this question in a bit more detail.

How Hard Is Lao to Learn Really?

Vocabulary in Lao is either formed through compounding where base words combine to produce new vocabulary, or reduplication where words are repeated to form new words.

On top of that there are a number of loanwords in Lao. The earlier loanwords came from Sanskrit and Pali then later from nearby languages of Thai and Chinese. Lao was a colony of France for a number of years and French is still important to this day in the education system and amongst the elite.

In the era of globalisation English has taken on a greater role amongst the local people and a lot of vocabulary associated with business, technology and popular culture has been adopted.

So if you have a background in French or to a lesser extent English, then you can begin to build your vocabulary a little faster.

Lao grammar is quite nice and shouldn’t cause too many difficulties. There is no case system, the verbs don’t change for tense or subject and the nouns have no gender.

Any tonal language is going to be difficult for someone new to tones. Lao has 6 tones but they are quite easy to recognise.

The Lao script evolved from an Old Khmer script which in turned was developed from an Brahmi script. The writing system is similar to written Thai and conceptually similar to Burmese.

Each syllable is represented by a consonant symbol. On its own this consonant symbol will have an assumed vowel sound. If the vowel sound is to be changed then vowel diacritics can be placed above, below or to the side of the central consonant. Also, to denote the tones a special marker appears above the consonant.

It is also important to note that there are usually no spaces between words in the Lao script. The spaces traditional occur between sentences.

The script is probably the most difficult feature of Lao to master. This can take many months and even years.

It is safe to say that Lao isn’t often the first language people would choose to take on if they wanted to take up a new foreign language. That being said, there are a number of good reasons why Lao would be a great language to learn. Ill try and outline a few here.

Lao is the official language of Laos. There are a number of dialects of Lao, but the Vientiane dialect is the most spoken. Lao is spoken by around 3.6 million people as a first language in a country of 7.2 million people. As a second language another 1 million are thought to speak Lao. There are thought to be 5 dialects of Lao; Northern Lao, North Eastern Lao, Central Lao, Southern Lao and Vientiane Lao. There are over 86 languages in Laos but in large part Lao functions as a lingua franca for the region.

Lao is also very similar to dialects of Thai spoken in the north and north-east of Thailand. The Thai language is often well understood by many of the local people in Laos because of the heavy cultural influence of Thailand. The converse is not true as most Thais cannot understand Lao.

What Is the Difference Between Lao and Thai?

The countries of Laos and Thailand are next to each other in South East Asia. Consequently, there has been a lot of linguistic exchange between the languages over the years. As such there are many similarities and differences between the two languages. In particular, the Isan Thai spoken in northern Thailand is very similar.

In terms of vocabulary both languages share a lot of vocabulary roots. However, Thai has more loanwords from Pali and Sanskrit than Lao does. In truth around 70% of the vocabulary is the same. Some exceptions are words like the pronouns or the question words.

The grammar of the two languages is very similar. A notable difference is the creation of negatives in a sentence, this can lead to the structure a sentence being different.

For pronunciation, Thai has 5 tones and Lao has 6. This can lead to some confusion as to the meaning of certain words and phrases. There is also a specific sound ny. This ny sound is only found in Lao.

The writing systems look similar and they share a lot of common letters. Lao however is a simpler and more phonetic script and Thai is closer to the Sanskrit script. Many consonants that are found in Thai, are not to be found in the Lao script.

Do People in Laos Speak English?

People in Laos do speak English, particularly in the tourist areas. However, of the European languages, French is probably the most common as it is sometimes the language of instruction in school and widely spoken amongst the country’s elite.

Laos was in fact a colony of France and the historical roots have persisted over the many years since. The local people have a great deal of respect for the French language and so unlike other countries heavily influenced by globalisation and the arrival of English, Lao has remained independent.