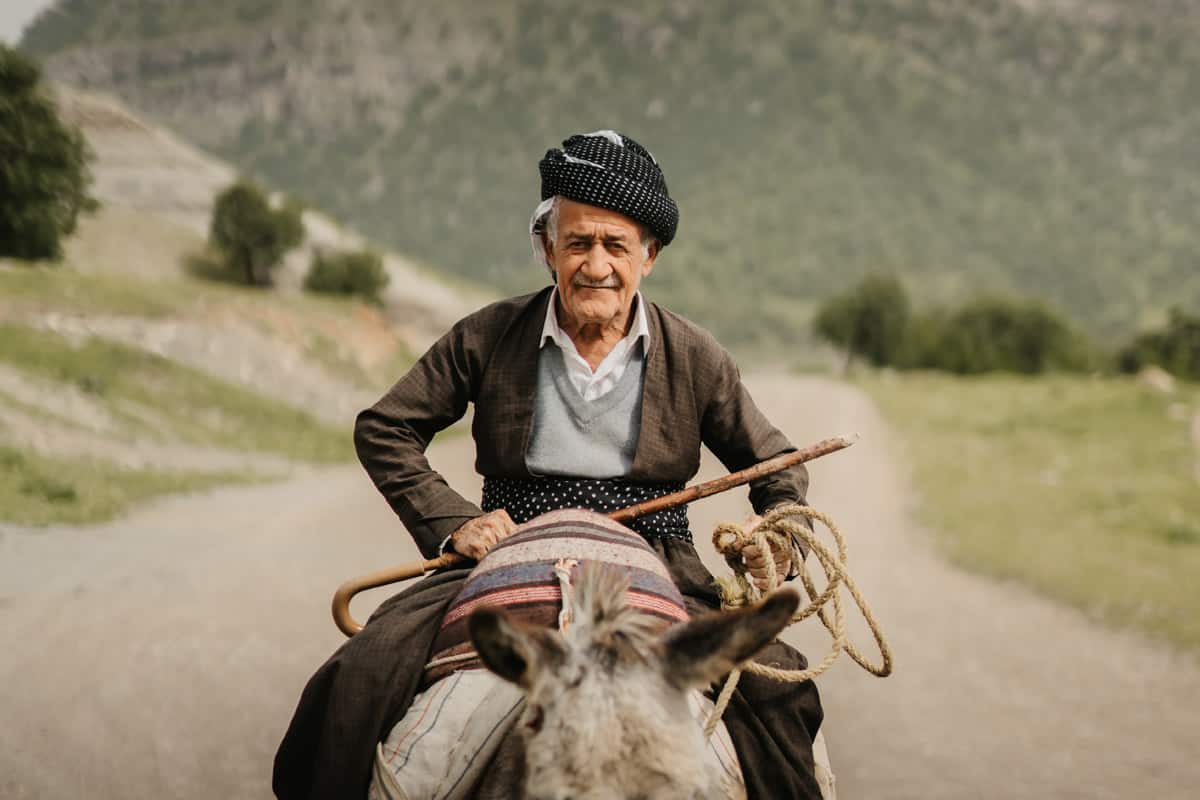 Kurdish is a rich group of languages spoken for more than a thousand years in the region of Kurdistan, which includes parts of Turkey, Iran, Iraq, and Syria. Today, Kurdish is also spoken in a diaspora that stretches through Europe and the United States. Those eager to learn Kurdish may wonder if the language is hard to learn, and if so, how hard?

Learning Kurdish can be hard in terms of grammar and learning resources, especially if you don’t speak any middle-eastern language. The Kurmanji dialect can be easier for speakers of European languages because it uses the Latin alphabet, while the Surani dialect uses the Arabic script.

That said, the difficulty of learning Kurdish will largely depend on your language learning, the same as with any other language. If you’re new to learning languages, learning about study techniques and memorization tools is important.

What You Should Know About Learning Kurdish

Your experience of learning Kurdish will depend on which other languages you speak.

Speakers of Persian or Pashto will find it relatively easy to learn Kurdish. These languages come from the same language family (Iranian), so their grammar and phonology share many common points.

Speakers of Arabic languages also have an advantage since the Arabic script is one of the writing systems used in Kurdish.

On the other hand, speakers of languages that aren’t from the middle east might face a challenge. European languages come from a distant family branch. Still, the difficulty will depend on which dialect you choose to learn.

Kurdish isn’t a single unified language. Rather, it includes several different dialects that aren’t always mutually intelligible. This means a Kurd from one region might have trouble understanding a Kurd from another region.

Some people argue that these dialects are different enough from each other to be considered a language.

More than 75% of Kurds speak either Kurmanji or Surani. These are also the dialects with the most learning resources, and they’re even taught in schools in Kurdish Iraq. For these reasons, I’ll focus on Kurmanji and Surani for the rest of the article.

We can divide any language into 4 parts: grammar, vocabulary, pronunciation, and writing. Let’s go over the parts of Kurdish and see how hard each one is.

How Hard is Kurdish, Really?

As with any language, vocabulary is a crucial part of learning Kurdish. Once you have a handle on common words, you’ll be able to infer the meaning of new words, and learning grammar will become much easier.

Thousands of words in Kurdish have been borrowed from other nearby languages like Arabic, Turkish and Persian. However, Kurdish has its own rich (and mostly oral) literary history, so there’s no shortage of uniquely Kurdish words.

The most difficult part of Kurdish grammar is a feature called ergativity.

Just as in most major languages, Kurdish has transitive verbs. These are verbs that need an object to act upon. Let’s use an example:

In this sentence, I is the agent (the one seeing), and you is the recipient (the one being seen). Ergativity switches these roles around, but it only happens when you use the past tense.

If you change the tense of the sentence from present to past, then it would become:

You were seen by me.

In English, it would just be I saw you. But here, the agent is now the recipient and vice versa.

Of course, this is not how we would translate a Kurdish text into English, and ergativity gets a little more complicated than that. However, now you have an idea of more or less how it works.

Ergativity takes some work to get used to, but the good news is that the rest of Kurdish grammar isn’t as hard. Here are a few key points:

Kurdish has the advantage of being pronounced as it’s written, so you won’t have to memorize surprising pronunciations. It’ll be enough to learn how each character is pronounced.

Both Kurmanji and Sorani use many sounds that aren’t present in English. For example, you’ll likely need some practice to nail down pharyngeal glottal sounds. These sounds are made using the throat and are very present in middle eastern languages and Spanish.

You don’t have to worry too much about intonation. Most words in Kurdish are stressed in the final syllable.

After learning the consonants and vowels of either dialect, it’ll just be a matter of practice until you master Kurdish pronunciation.

How To Learn Kurdish

If you’ve decided to learn Kurdish, you might feel at a loss about where to go first. There are few online resources for learning Kurdish, and there probably aren’t any Kurdish classes near you.

However, you have at least one thing going for you. Kurds have been struggling to preserve their language for a long time, and they’re usually enthusiastic about helping other people learn Kurdish. This also means there’s at least some trustworthy reference material.

Here’s an overview of the steps you should take to learn Kurdish:

If you don’t have a preference, choose the one that’ll be easier for you to learn. Kurmanji grammar is slightly more complex than Surani’s, but its writing system will make it much more approachable if you speak a European language like English.

On the other hand, if you already know Arabic, you might find it easier to go for Surani. You’ll already be familiar with the wiring system, and you’ll find some familiar grammatical features.

Lately, there’s been an increasing variety of learning resources for Kurdish, in no small part thanks to the effort of individual Kurds on the internet.

Throughout your learning journey, you’ll need a lot of reference material. Here are a few trustworthy links to get you started:

Finding a personalized tutor will let you practice with a real Kurdish speaker, which will prove to be a huge advantage. You can find 1-on-1 lessons on platforms like italki. At italki, you can find native speakers/teachers to practice Kurdish with. The sessions aren’t free, but if you’re serious about learning Kurdish, spending on these sessions can help speed up your learning progress.

If you don’t have the money for a lesson, you can still practice listening and speaking by pairing up with other learners and speakers. Platforms like italki or Tandem are great at this, but you can also try going to Kurdish forums and meeting people there. You can find plenty of helpful users in the Kurdistan subreddit.

5. Enroll in a Course

There aren’t many online Kurdish courses, but a few have appeared in recent years. If you have some money to spend, you can start by taking a look at these:

The Kurdish language is becoming stronger each year thanks to all the efforts made to teach it and study it.

Whatever your reason to learn Kurdish, you certainly won’t be alone in the process. There aren’t that many structured learning resources, but the community is helpful, and there’s enough reference material to make your way through it.

Learning Kurdish can present some hurdles for speakers of European countries, but it’s still perfectly doable. If you speak Arabic, Turkish, or Persian, you’ll have a much easier time.