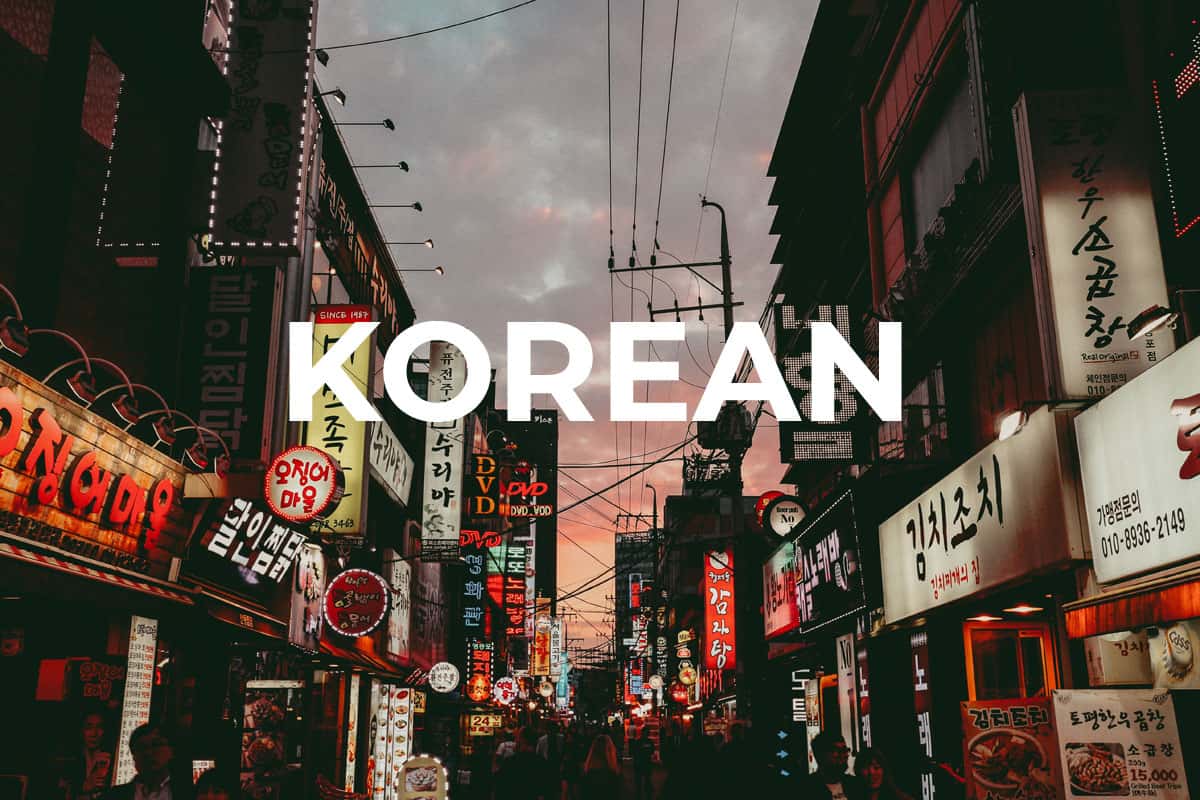 In the context of East Asian languages, Korean often takes a back seat to people studying Chinese and Japanese.

Their loss is our gain. Korean is the language of Burning, Kimchi and the hermit kingdom. There is so much to explore and learn. In many ways your return on investment in the lesser studied language is far greater.

So you are probably wondering, how hard is Korean to learn?

The answer is that Korean, is one of the most difficult languages for a native English speaker to learn.

So, after that brief overview, let’s dive in further.

So, how hard is Korean to learn really?

In truth, more than half of Korean vocabulary is of Chinese origin. This is because for much of Korean history, the country was dominated by imperial China.

If we are put aside the Chinese influence, 5% of Korean vocabulary is made up of other foreign loan words.  In the modern era, Korean vocabulary has been influenced by its neighbour Japan. There are some words of Japanese origin in the language. But, more recently the USA has had a huge impact through the economy and dominate media and so there are lots of English loan words.

The language deconstruction method is by no means exhaustive, but it is a good base for understanding Korean. It operates under the 80:20 Pareto principle, in that 80% of your languages needs are covered by 20% of the functional language.

Korean has 40 phonemes made up of 22 consonant sounds and 18 vowel sounds. Korean isn’t a tonal language and stress is equally applied to each syllable in Korean.

There are 5 dialects in South Korea and 8 in North Korea, making up 8 in total. Other than the dialect on Jeju island, they are all mutually intelligible. Locals on Jeju tend to switch to a standard dialect of Korean when speaking with outsiders.

Over 2000 years ago, Korean was originally written using a Chinese character writing system.  But, in 1446, the Korean alphabet, called Hangul, was established. The language was originally written right to left, but is now left to right. Almost all Korean that you see these days is written with only the Hangul alphabet, but very occasionally in some books you can still see the Chinese characters.

As a language, Korean is increasingly growing in popularity. In my opinion there are a number of reason as to why.

But that’s not everything. Lets explore this question further.

Korea has been controlled by many of the surrounding countries over the course of its history. In the 13th and 14th century the Mongols Empire ruled Korea, later the Japanese Empire controlled the peninsula. After the Japanese lost control following WW2 the country was split into two parts. In 1950, the two sides went to war with the North supported by the Soviet Union and the South by the USA. Since the end of the war, the two sides have taken very different economic and political paths.

South Korea is a highly developed country and the citizens can boast great healthcare, education and nutrition. The economy is a global leader in few different fields like electronics, telecommunications, automobile production. South Korea is a global cultural icon with K-pop, the popular TV dramas and a growing cinema industry, a phenomenon often termed the Korean Wave. North Korea officially is a socialist state. Many observers describe North Korea as a Stalinist dictatorship which is centred around the personality cult of the Kim dynasty. The major industries in North Korea are military products, chemicals and mining.

The Foreign Service Institute (FSI) has put together a relative comparison of world languages including Korean.

They rate Korean as a category 5 language along with languages like Mandarin, Arabic and Japanese. They believe it would take 88 weeks (2200 hours) to achieve a L3 proficiency in speaking and reading.

In attempting to learn anything it is best to first deconstruct the problem and then break down the learning task into manageable chunks. It is with this in mind that I recommend the following resources to help you in learning Korean.