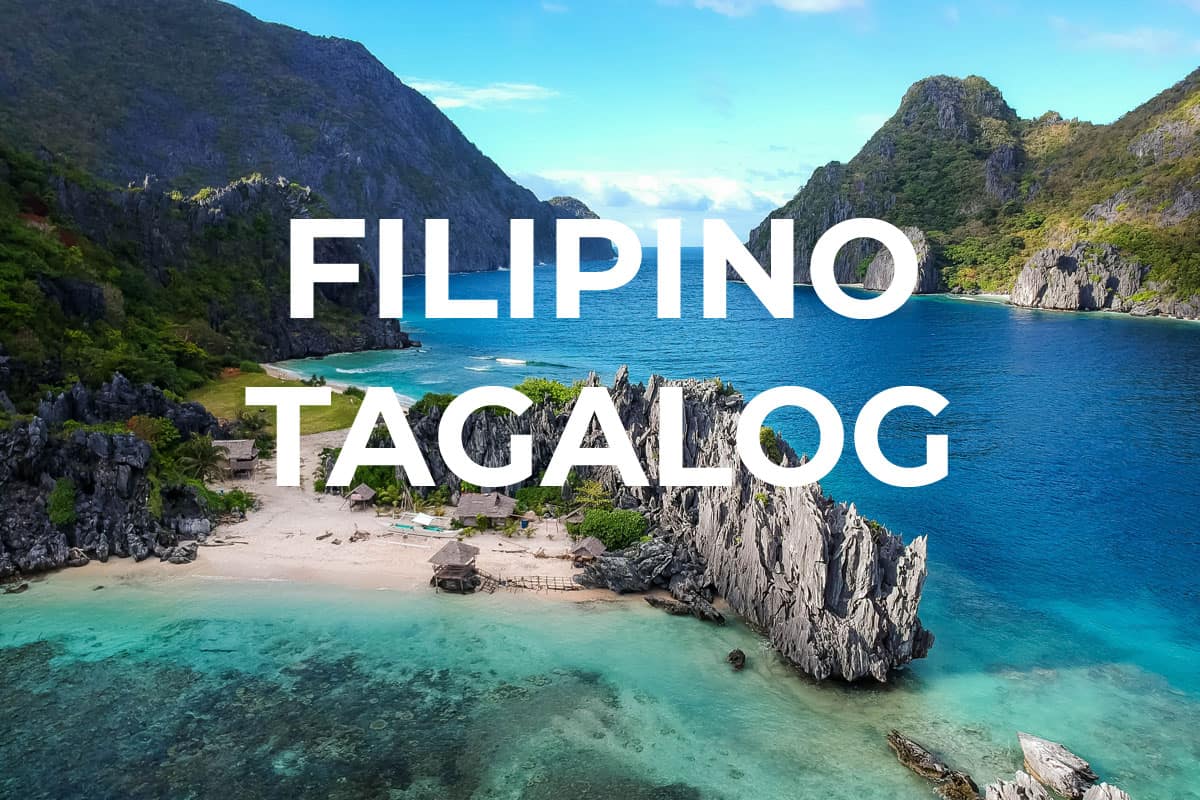 Filipino Tagalog is an interesting mix of a language. The heavy use of foreign loanwords combines with some rare grammatical quirks. In some ways the language is easy, in other ways it will almost certainly have you scratching your head.

So, how hard is Filipino Tagalog to learn?

The main issues with Filipino are the abnormal grammar rules associated with the verb formation and also the issue of sentences beginning verb first.

So that is a quick summary of Filipino. Let’s jump in to the topic a little further.

How Hard Is Filipino Tagalog to Learn Really?

Filipino has borrowed heavily from other languages when it comes to vocabulary. It is estimated to share around 33% of the root vocabulary with Spanish. This is because of the length of time the Philippines was a colony of Spain. Just to give you an idea of the range of vocabulary.

As you can see, very similar roots. If you have some working knowledge of Spanish, it will help.

Following on from Spanish, Filipino also has a large number of loanwords from English. The Philippines was a colony of the USA for around 50 years from 1896 to 1946. Over that time a lot of new words were adopted for common usage, these tended to be in the areas of business, sports, and tech.

Filipino Tagalog has also been influenced by Chinese and Malay but Spanish and English definitely make up the lion’s share of the loanwords. Cognates and loanword can really help beginners to the language learn a lot quicker than those without that experience. If you have a background in either of these languages you will find that you are able to pickup new language very quickly.

The keys problem areas of Filipino Tagalog are the complexity of the verb focus and aspect grammar problems, coupled with an unfamiliar word order. Vocabulary, speaking/listening and writing/reading are simpler.

So you can see that the focus and aspect, coupled with the use of the subject/object particles, is the tricky thing with the grammar. This is the major hurdle of Filipino.

There are a few sounds that need to be practices and you should be aware of stress but overall Filipino pron isn’t too tricky.

The Filipino Tagalog alphabet has a grand total of 28 letters. There are 25 letters from the normal English alphabet, so that’s all the letters minus q. To that we add the letters ch, rr and ng.

This alphabet is called abacada and is consistent and simple in terms of spelling. In other words, once you learn the pronunciation rules for the alphabet there are very few irregular exceptions to stumble upon.

As well as the 28 letters of the alphabet there are three accent markers that you will have to become familiar with.

On balance there are a few extra features to the alphabet, but you should be able to learn these in an afternoon. The spelling is pretty regular so the writing system for Filipino Tagalog could be said to be pretty straight forward.

Everyone has their own reasons for taking on the challenge of learning a new language. But here are my 4 for learning Filipino.

Filipino Tagalog, along with English, are official languages of the Philippines and while English is used in the upper levels of companies and businesses, Filipino is used for local government and education. In some ways it is the non-elitist language of the people.

What’s the Difference Between Tagalog and Filipino?

In modern conversation, the terms Tagalog and Filipino are used interchangeably for the same language. However, this description isn’t entirely accurate as there is a nuanced difference to the two terms.

What is the History of Filipino Tagalog?

Austronesian explorers around 2000 years ago arrived in the Philippines speaking a Malayo-Polynesian language which over time evolved into Old Tagalog. Before the colonists arrived in the country, Tagalog had a rich history with strong influences from other languages from China and Malaysia. It also had its own writing system called the Baybayin.

To give some context, at this time, there were many dialects and languages across the many islands of the Philippines and Tagalog was just one of many. Tagalog was really only spoken in the area are Manilla.

When the Spanish arrived in the 16th century, the Spanish language began to have more and more of an influence on the local languages including Tagalog. The Spanish made Manilla the capital in 1595 and this is when Tagalog began to increase in importance over the other languages and dialects of the Philippines.

In 1896, the Philippines became a colony of the USA and English grew in important and influence. A lot of loan words for business and technology were adopted by speakers of Tagalog. In 1939, Tagalog was made the official language in the country. Later, in 1987 they renamed the language Filipino. In native Tagalog, there were no words using the letter f, but the decision to use the f in the name Filipino was to indicate how influenced the language was to outside languages.

Is Filipino Tagalog a Tonal Language?

Filipino Tagalog is not a tonal language. Many languages in the nearby region are like Mandarin, Thai, and Cantonese but Filipino is not. To give you some idea, the more difficult parts of Filipino pronunciation are the rolled r sound and the heavy use of the nasal ng sound. Thankfully for anyone taking on Filipino, you wont have to battle with tones.

I speak three languages to a fluent level and an ever growing number to a conversational level. The method I use is pretty straight forward and can be tweaked for any language be it Mandarin, Swahili or Tagalog.

That’s basically the entire method. Don’t get bogged down in expensive drawn out language courses. Adopt, apply and even tweak this template and just keep at it!