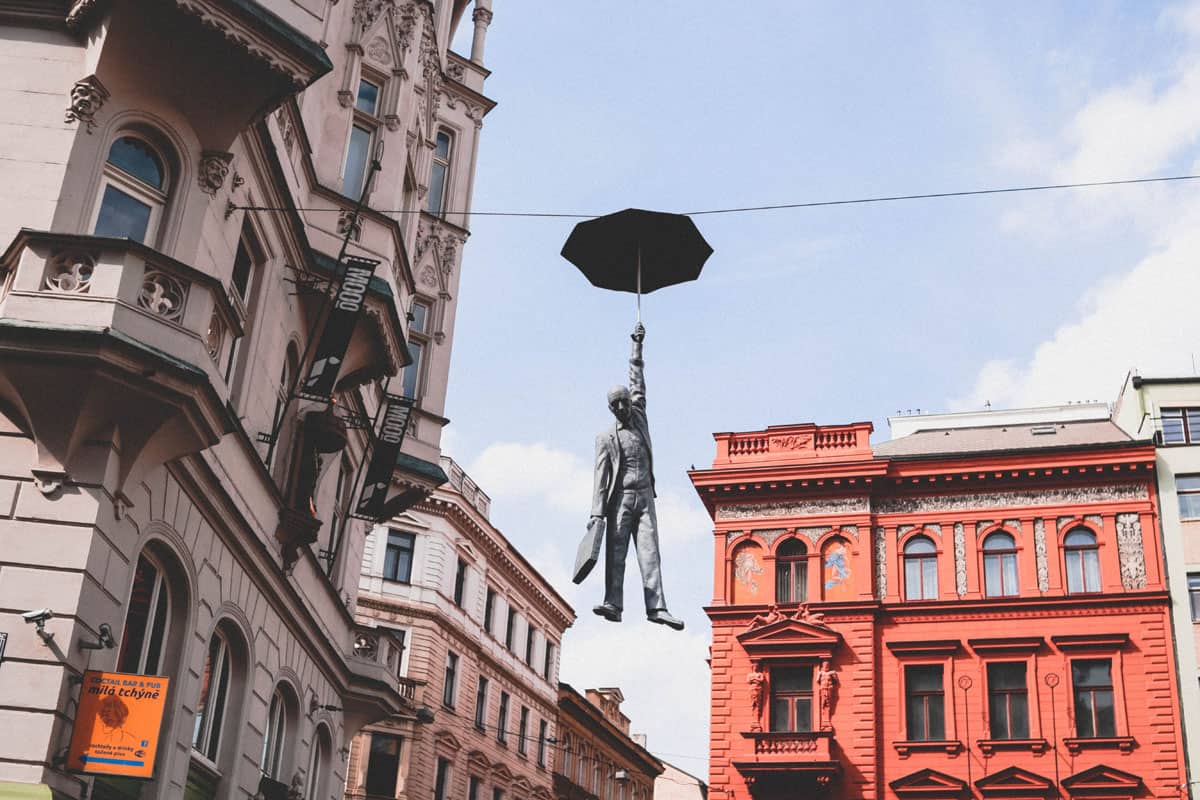 Czech is commonly ranked as one of the most complicated languages for English-speakers to learn. Czech is a Slavic language, and it has some unique rules that make learning it a memorization-intensive process.

Czech is a hard language to learn if you aren’t familiar with or fluent in another Slavic language. It has complex grammar rules, numerous noun declensions, and can be challenging for English-speakers to pronounce. However, Czech doesn’t have many verb tenses, which makes conjugations much easier.

In this article, I’ll give you an overview of some of the most challenging grammar rules in Czech. I’ll also go over some of the basic grammar so you can get an idea of what makes it hard to learn for some people.

What Makes Czech Hard To Learn?

Many students studying the Czech language struggle with it at first. Czech grammar and vocabulary are very different from languages like English, so it takes a lot of memorization to comprehend how it works.

Czech is a Slavic language, and it is one of the more difficult Slavic languages to learn, primarily because it has lots of complex grammar rules, and many English-speakers have trouble pronouncing it.

If you’re proficient in another Slavic language, such as Russian or Polish, you may not find Czech as challenging as someone who is more familiar with Germanic or Romance languages.

Let’s take a look at some of the components that make Czech hard to learn.

Czech uses fewer vowels than English, which can make pronunciation difficult. Some Czech words don’t have any vowels at all. For example, a common Czech tongue twister, “strč prst skrz krk,” meaning “stick a finger in your throat,” doesn’t have any vowels in it at all.

In addition, some consonants are “soft,” while others are “hard.” That means that some consonants can make multiple sounds, just as c can be soft in the English word “race” or hard in “can.”

Czech consonants have their own rules, but soft sounds are often marked with a háček, as in Č.

Nouns in Czech are inflected, which means that they end in different letters depending on how they are used in a sentence. The different ways to use words in a sentence are called cases, and in English, there are only three. In Czech, however, there are seven.

The best way to explain cases is the difference between the words she, her, and hers. She can only be the subject of a sentence. When she becomes a direct object, it changes to her. An English speaker would not say “I love she,” they would say “I love her.” If you want to explain that she owns something, you would say hers, as in “that book is hers.”

In the same way, Czech speakers change words a bit depending on how they function in a sentence. The cases in Czech are:

Still, there are 14 noun paradigms or noun groupings in Czech, divided based on a noun’s gender, vowels, and hard or soft consonants. So, you will have to memorize the singular and plural noun endings for each case and for each grouping of nouns, which totals 294 different noun endings to master.

When it comes to using nouns in Czech, you will have to memorize the vocabulary, the possible noun endings for each word, and the gender of each term. If you do a little at a time, this process should be no problem, but it does amass a lot of work.

Czech prepositions take nouns in different cases. That means that if you wanted to use a specific preposition to describe a noun, you would have to put that noun into a particular case.

For example, the preposition na (onto, for, at, toward) takes a noun in the accusative case. So, for each preposition you learn, you also have to remember what noun case it requires.

Memorizing Czech prepositions and their grammar rules can be difficult, especially since there are so many to learn. Still, as with all languages, once you have them memorized, you won’t have to learn them again.

English speakers may also struggle with Czech’s system of verb endings, which express person, number, and tense. Czech participles also match the gender of the noun they describe.

In Czech, the verb ending will correspond with the sentence’s subject, indicating whether the nominative is singular or plural. Participles can also tell you whether the subject is masculine, feminine, or neutral.

Because the verb’s ending can tell you information about the sentence’s subject, you can leave the nominative out. For example, “já dělám” (I do) means the same thing if you remove já (I) and just write “dělám.” That’s because the “m” at the end of the verb dělám means “I.”

At first, learning this concept can seem complicated, but ultimately, it makes speaking and writing in Czech much more straightforward. That’s because you won’t need to know as many nouns.

Making everything match up requires tons of memorization of verbal endings, though. There are four classes of Czech verbs, each with its own unique set of endings. In addition, for every class of verbs, there are endings or helping verbs that note:

When it comes to comprehending the mechanics of verbs in the Czech language, you will have to memorize noun genders, many verb endings, and the particles and helping verbs you can use to change the tenses.

Often, this process is overwhelming for beginners. However, once you get the hang of it and have all of the verb forms stored in your memory, learning new vocabulary and fluently speaking becomes intuitive.

Czech Has Formal and Informal Pronouns

In Czech, you always address superiors, elders, and strangers formally. In the formal, you always use plural verb forms, even when addressing one person.

There are also separate pronouns for formal and informal “you.” Vy is formal, and ty is informal.

Knowing when to switch between formal and casual language can take some extra work and attention. That’s why many people find it difficult.

With all of the challenges of learning Czech, it still isn’t impossible. With the right amount of practice and memorization, learning Czech can be fun and easy for anyone.

There are some things about Czech that can make it easier to learn than other languages. For example, there isn’t much vocabulary to learn, there are very few verb tenses, and it’s a phonetic language.

The best part about learning Czech is that once you understand the grammar, you have most of the language mastered. So, you might need to go through the grammar tables several times before you can start making sentences in Czech, but you’ll have to do that with any language.

Since Czech is a phonetic language, there are no silent letters. That can make reading Czech out loud much easier.

Compared to other languages, Czech also has very few verbal tenses to learn, so you won’t have to spend too much time memorizing various verb endings.

Czech vocabulary is also very intuitive. Even if you don’t know a Slavic language, you can almost always guess the words for things by using common prefixes and suffixes. For example, the verb chodit means “to go,” and the preposition v means “in.” From these two words comes vchod, which means “entrance.”

So, if you want to learn Czech, you should be prepared to learn lots of noun declensions, prepositions, and grammar rules, making it a complex language for many people.

However, all it takes is some memorization to be good at Czech, so you shouldn’t let all of the comments about how hard it is deter you from giving it a shot. There are even some things that make Czech simple, so once you get the basics down, you’ll be speaking in Czech in no time.