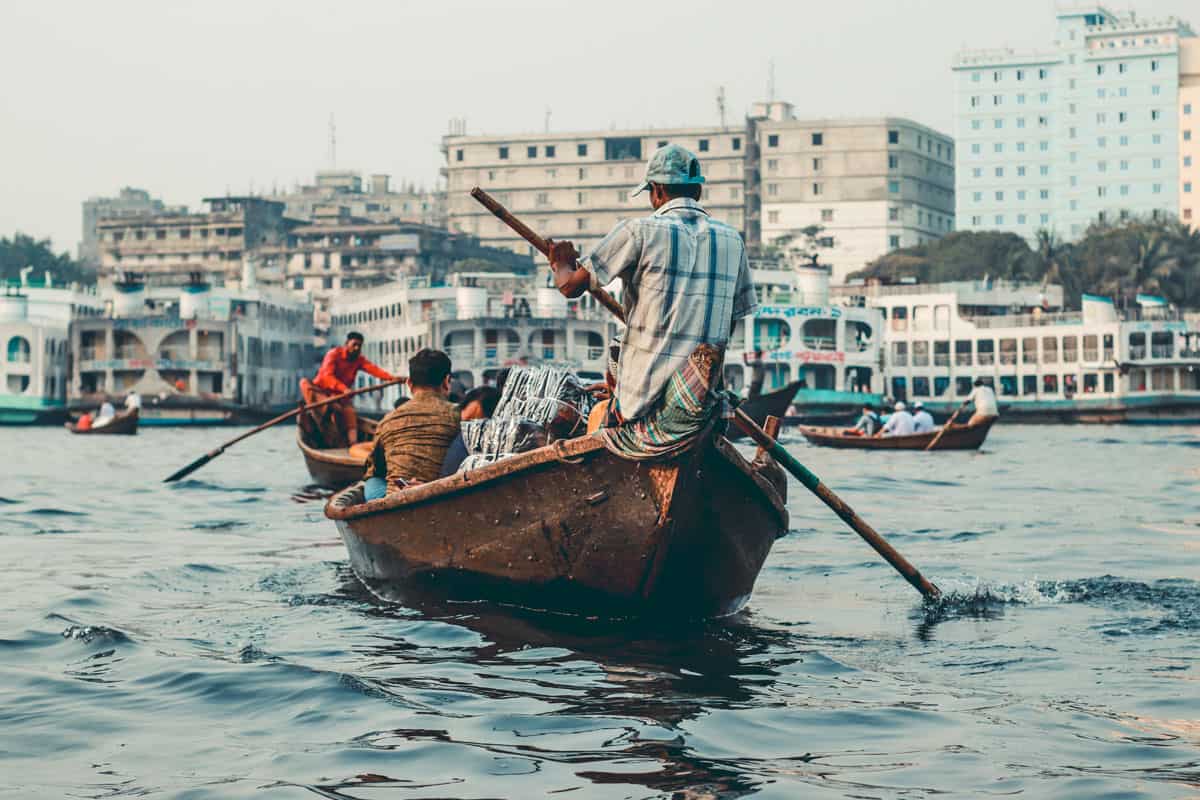 Featuring influences from Hindi, Turkish, Persian, Arabic, and Sanskrit, Bengali can often feel like a very different language from English. Despite this, it boasts over 250 million native speakers around the world, so it’s no wonder that language enthusiasts are eager to learn it. However, for many, the journey to learn Bengali is a long one.

Bengali is a relatively difficult language for a monolingual English speaker to learn. Because the language’s grammatical structures, alphabet, and vocabulary are very different from English, it will take a significant amount of time for a learner to get used to it and use it effectively.

In the rest of this article, I will explore the different aspects of Bengali and what makes them challenging for many language learners. I will also offer some tips on getting started with Bengali, including an app that can help you on your language learning journey.

How Hard is Bengali to Learn, Really?

This familiarity can significantly speed up the language learning process, especially compared to a monolingual English speaker.

Additionally, you will find many words that have been borrowed from neighboring languages, including from languages such as Turkish, Persian, or Arabic. If you already speak one of these languages, you will find these loan words easy to remember.

You may also spot some words similar to English, Dutch, and other Romance languages. This is due to a colonial influence and will make some Bengali words recognizable even for a monolingual English speaker.

Essentially, the more languages you speak, the more familiar you will be with the Bengali vocabulary.

However, there are still plenty of words that are unique to the language that won’t be immediately recognizable. If you’re learning the language from scratch, be prepared to spend time getting used to these new words and the language’s vast vocabulary.

Bengali grammar is quite different from English. English constructs sentences using a subject-verb-object order. On the other hand, Bengali uses a subject-object-verb order, which can make understanding Bengali grammar challenging for English speakers.

For example, in English, you would say, “I eat pizza.” This simple sentence follows the subject-verb-object order. “I” is the subject, “eat” is the verb, and “pizza” is the object.

However, in a subject-object-verb language, you would instead say, “I pizza eat.” Here, the verb and the object have switched places to where they would be in an English sentence. In simple sentences, this is a relatively minor difference. However, it will pose a major challenge as sentences grow more complex.

Bengali also requires you to add prefixes and suffixes to your root word in order to show more information. While this structure is similar to languages such as Turkish, English speakers are used to expressing this information in separate words.

Bengali also uses cases with its nouns to demonstrate concepts like location or possession. This is something unfamiliar to English and will be a new concept for many learners.

While none of these concepts are complicated on their own, if they are new concepts to you, they will take time to get used to, especially as you will have to take all of them into account at once.

For monolingual English speakers, learning Bengali may be their first venture in language learning that pushes them to express concepts in an entirely new way. While this is an exciting part of language learning, the learner should be prepared that it will take time to internalize and acquire a new way of thinking about language.

The Bengali script is one of the most challenging parts of learning the language, especially for English speakers or those only familiar with Romance languages.

In order to access many learning materials and improve your reading abilities, it is important to spend time learning the language’s distinct alphabet and script.

Because there are 50 letters in Bengali, it will take beginners time to learn how to pronounce all the sounds correctly. In English, consonants and vowels can make different sounds depending on their role in the word. In Bengali, each sound that you encounter will be represented by a distinct letter in the alphabet. A single letter will not make more than one sound.

While 50 might seem like an overwhelming number of letters, you’ll soon find that it is not as complicated as you may think, especially given the number of sounds a single letter in English can make. That said, it will take time and consistent practice to get the hang of proper pronunciation in Bengali.

If you are looking to learn Bengali and access the rich culture written, sung, and expressed in this language, let’s see some resources to get started. If you are a beginner, starting with an app that will allow you to practice the basics is a great idea, especially as you’ll have access to the information on your phone. A fun, free, and practical Bengali app you should consider is:

This free app has a wide variety of features to keep language learners engaged and enjoying throughout the learning process. The app uses different mini-games to help you practice the language in different ways and contexts.

Additionally, it also has chatbots to help you practice your chatting skills. There are also sample dialogues you can use to understand how a natural conversation in Bengali will take place.

Since the script can be such a challenging piece of this language, the app features writing practice. You can use your finger or a stylus on your smartphone screen to practice tracing common words in Bengali. You will practice your writing ability while working on your reading skills too.

For those interested in a widely-spoken language with rich history and culture, Bengali can be an irresistible choice. While it will be easier for Hindi speakers and people who know related languages, anyone can learn Bengali with enough time, practice, and dedication.

Monolingual English speakers should prepare to take the time to learn the script and its pronunciation, getting used to the new grammatical structures, and exposing themselves to new vocabulary.