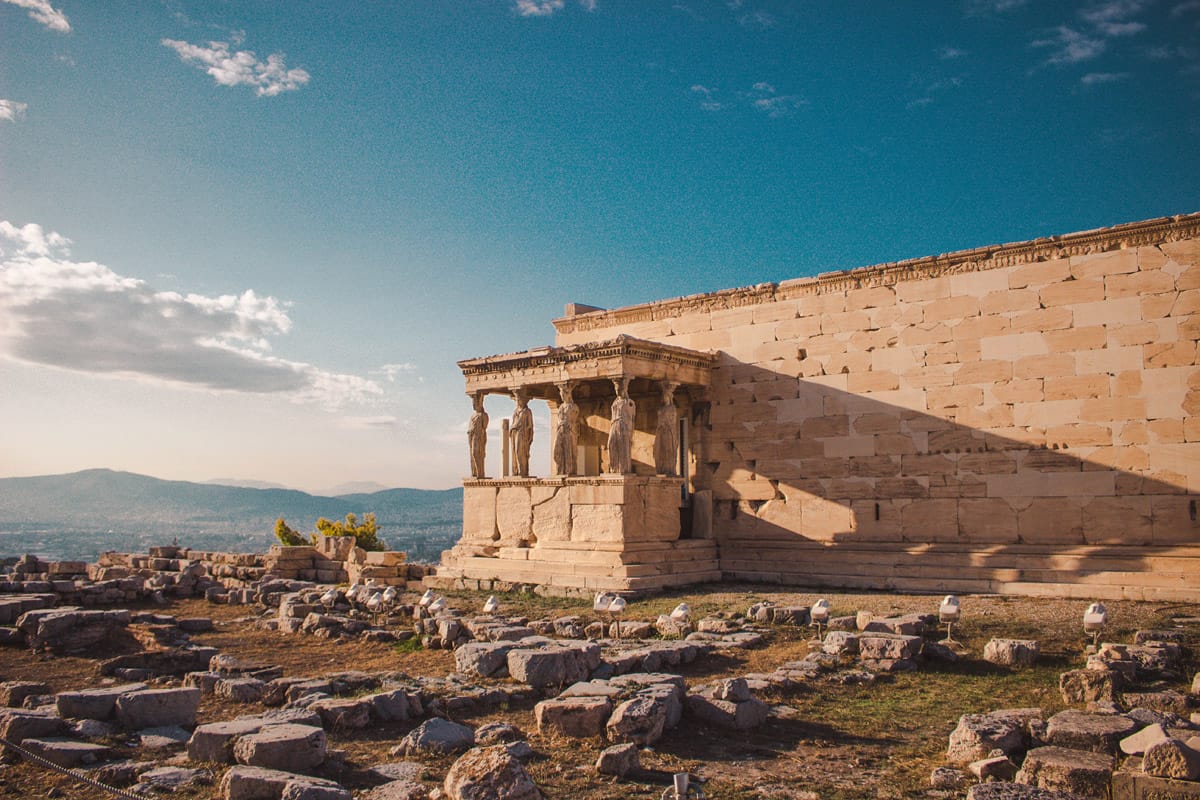 Remember the time of the Ancient Greeks when Zeus threw lightning bolts down to Earth and when emperors ruled from their throne? Those were some exciting times, and it’s fascinating to learn about them in history class. What is even more remarkable is the language they spoke: Ancient Greek.

It can be hard to learn Ancient Greek because it’s no longer commonly spoken, which limits practice in conversational speaking. However, Ancient Greek has influenced much of our English vocabulary and various disciplines, so you most likely already have familiarity with the language.

Please continue reading if you want to learn more about the challenges and tasks associated with learning Ancient Greek. I hope this blog post helps enlighten your path as you seek fluency in this wonderfully rich and ancient language.

How Hard is Ancient Greek to Learn, really?

Ancient Greece has influenced so much of our thinking, language, and academic disciplines. You may not even realize it, but despite not having been spoken for hundreds of years, Ancient Greek is actually everywhere.

There are over 150,000 Ancient Greek vocabulary words that have found their way into the English language.

These words can be found in English words related to:

For example, the English word “dinosaur” comes from the Ancient Greek words “deinos” and “savra,” which translates to terrible lizard.

Isn’t that fascinating? Who would have thought the word “dinosaur” descended from hundreds and thousands of years ago?

Fortunately, there are not as many vocabulary words in Ancient Greek as there are in other languages such as English. It’s about half as much.

Much of the Ancient Greek vocabulary can be read in their literature, which has had a long-lasting effect on modern literature and thinking.

So do not fret too much about vocabulary words. They are much more familiar than you may realize. Once you get a handle on a few vocabulary words, you will immediately recognize their commonalities with many English words.

Then all the pieces will click together, and you will be knowledgeable about so many different vocabulary words!

Oh, grammar! One of the most challenging aspects of learning a language. So what is it like to learn Ancient Greek grammar?

Honestly, it’s not as horrible as you may be expecting. Really, it just takes some time to practice, so don’t worry.

Yes, Ancient Greek grammar is very different from English, but, fortunately, the syntax is not that difficult.

There are quite a number of different verbs and tenses. Once you get a hold of the formation of grammatically correct sentences, it does not usually take long to remember the intricacies.

There will indeed be some complex challenges when it comes to grammar. For example, when you read the Ancient Greek texts, the grammar will vary in the different stories.

This is due to the fact that the Greek authors wrote in different dialects. They came from other parts of Greece, so the language was not the same everywhere, much like today’s languages.

As a matter of fact, Ancient Greek, along with its grammar, takes an average of 44 weeks to learn.

Well, just to clarify, Ancient Greek is one of the oldest languages in the world, so once you begin speaking it, you will be living through history. Pretty neat, right?

The language will actually sound different due to the various dialects associated with the different areas in Ancient Greece.

When you read the Ancient Greek texts, you will notice that they are written the same way in which someone would speak. This is because these texts were usually heard by people and not read by people.

You may have already heard this before, but Ancient Greek can indeed sound very different from modern Greek, which is spoken today.

Many of the sounds spoken in Ancient Greek do not sound the same today. If you listen to an audio narration of an older text and compare it to a modern Greek audio, you will notice the various differences.

So try it out! Listen to some audio of Ancient Greek and see if you can replicate the tone and variation.

When you look at the Ancient Greek alphabet, it looks different from English, but it looks pretty cool!

The alphabet is not derived from Latin, like English. An interesting fact about the Ancient Greek alphabet is that it has been the same for over 25 centuries!

Luckily for you, there is not a large number of alphabets, so it does not take very long to memorize all of them.

The Ancient Greek alphabet is not as vast or complex as Chinese, which contains hundreds of characters.

A fantastic way to familiarize yourself with the alphabet is to write notes throughout the day or even short reminders in Greek.

To do this, just find the correlating English alphabet for each of the Greek alphabets and, voila! You have just written in Ancient Greek, or at least something very similar.

Also, you may have seen Ancient Greek letters associated with sororities and fraternities in various colleges and universities.

Once you learn the various sounds and know how to read the language, you will know exactly what to say when you see the letters throughout the world.

Ancient Greek comes with many challenges when it comes to reading, writing, understanding the grammar, and recognizing the various types of pronunciation.

This doesn’t mean that you should be dissuaded from learning this fascinating language.

Instead, head into this challenge with a solid determination to learn as much as you can.

Plus, if you ever get to travel to Greece, you can show off the knowledge you will have gained about Ancient Greek!

So good luck as you begin this endeavor.