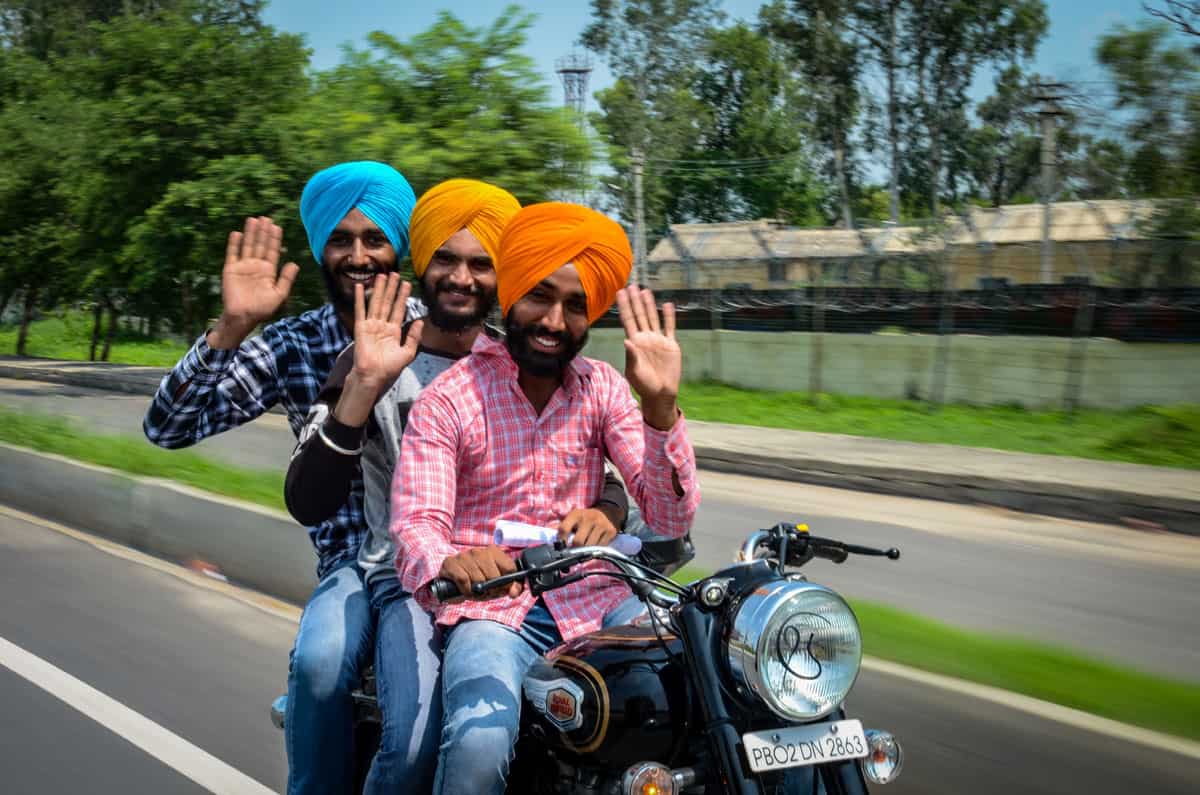 As a major Indo-Aryan language, there are many Punjab diaspora Punjabi speakers in Canada, the United Kingdom, and the United States as well as some other Western countries.

The following facts share some information about the structure, history, and distribution of this interesting language. Learning something new is always good, and who knows where it will take you?

A Few Facts about the Asian Language Punjabi

1. Punjabi is an Indo-Aryan language, descended from the original Indo-European primary language group

The following family tree follows the ancestry of Punjabi, started from its Indo-European roots and following only the relevant branches. Languages marked with a cross are now sadly extinct.

2. There are two main scripts for writing Punjabi

One is the Gurmukhī, an abugida created by the Sikh Guru Angad in the 16th century. It is sometimes called the Sikh script, and it is the official writing style of Punjabi in India. In Pakistan, meanwhile, Punjabi is mainly written in Shahmukhi, a Punjabi Muslim script developed from the Sufi poets.

The former is written left to right, and the latter right to left.

3. Punjabi is the most widely spoken language in Pakistan

It’s the native language of about 40% of the Pakistani population, more than any other single language. Currently, that represents about 81 million people in Pakistan alone. Despite this, Punjabi is not an official language in Pakistan (these are Urdu and English).

The language also uses postpositions instead of prepositions.

5. Nouns in Punjabi have two genders, two numbers, and five cases. Nouns are also divided into extended and unextended for declension purposes.

The main categories of noun are:

Interestingly, the last two of the cases are very rarely used to the point where they may soon be obsolete.

6. There are personal pronouns for first and second person in Punjabi, while third person uses demonstrative pronouns instead

Third person pronouns are also categorized as either “near” or “far” to the person.

7. Punjabi was not recognized as an official language until 1947, the same year that Pakistan was created – but it was only recognized in India.

Governments in the Punjab areas before this point preferred Persian and Hindustani. The British Empire employed Urdu and Bengali. Nevertheless, Punjabi continued to flourish, and was eventually recognized as an official language.

8.There are somewhere around 115 million Punjabi speakers worldwide

Of these, the vast majority live in Pakistan.

9. Unlike most other Indo-Aryan languages, Punjabi uses a lexical tone as part of its grammatical structure

This means that words ostensibly pronounced in the same way can have completely different meanings. A good example of this is the base word kar/kora

10. There are several programs in place to encourage the use of Punjabi and help the language to continue to flourish

Some of the major programs are:

11. There are several dialects of Punjabi which some even consider different languages

The most commonly used worldwide is Standard Punjabi or Mahji, which most of this article is based upon. There are several others which are split by geographical union, and the Greater Punjabi languages are further divided by “Punjabi dialects” and “Lahnda dialects”.

12. Most software offers a Punjabi option

This is usually provided in the Gurmukhī script. Some big companies that offer it as standard are Apple, Google, and Microsoft, while Linux offers it as an easily downloadable extra.

13. Punjabi has a rich and ancient literary tradition

The early Hindu Nath Yogis used Punjabi in their prayers with phrases that are still used today in the vernacular and across religions. From the 12th century, much Sufi poetry was written in Punjabi, and there was much Mughal and Sikh literature a little later on.

During the British Raj era, Punjabi literature started to adopt Western story structures while maintaining their language tradition, including drama, free verse, and modernistic writing – not to mention the Victorian novel!

After independence in 1947, Punjabi literature became somewhat divided between East Punjabi (India) and West Punjab (Pakistan). There are also a third group of diaspora Punjabi writers, especially common amongst the British Punjab communities.

14. Most of Punjabi vocabulary ultimately descends from Sanskrit

These are known as tadbhav words and are the base of Indo-Aryan languages. Punjabi also uses many loan words from Persian and Arabic, adapted and evolved as part of Punjabi.

As a significant language in one of the biggest countries in the world, some knowledge of Punjabi is essential for anyone who wishes to learn more about our global culture. An unusual language within its sub-region, it’s perhaps one of the most interesting for budding linguists to explore.

1 thought on “14 Facts About Punjabi: Family Tree, Script and Tones”