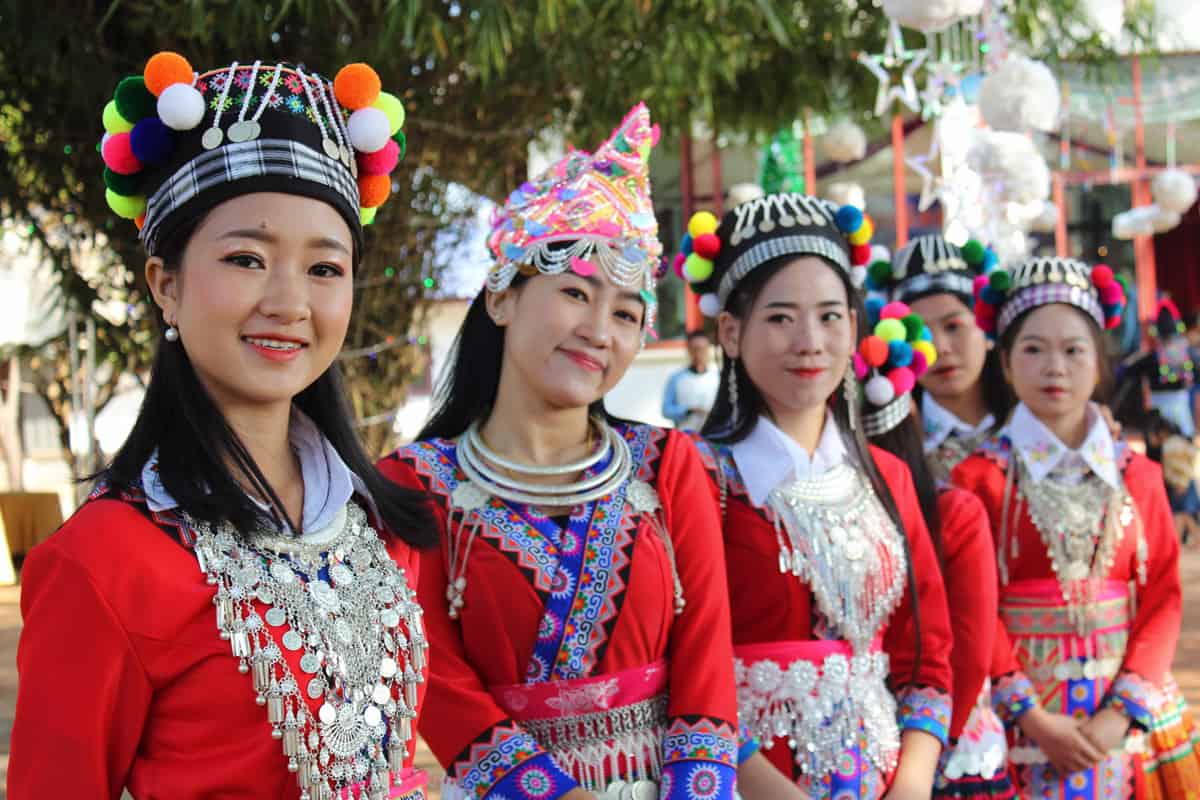 Lao (or Laotian, also known as Isan Thai) is the official language of seven million people of Laos and several million in northeast Thailand. Amongst the 90 or so native languages of Laos, Lao is considered the lingua franca. It is closely connected to the point of being mutually intelligible with Isan (northeast Thai) and Thai, as well as several other Tai languages in Lao and elsewhere.

Put together, the influence of Lao and other languages on the Tai dialect continuum are extremely important to a large percentage of the world. These facts explore this fascinating language!

A Few Facts about Laotian

1. Laotian is written in two scripts

Neither of these scrips are true alphabets; rather, they are abugida scripts which use symbols.

2. It’s an official recognized language of the Association of South Eastern Asian Nations (ASEAN) as well as a minority language in other countries

As well as the official language of Laos, Lao is a recognized minority language in the Isan region of Thailand and the provinces of Steung Treng, Preah Vihear, and Ratanakiri in Cambodia.

3. There are around 30 million native speakers of Lao

Most of these live in Thailand.

4. Lao and its sibling language, Isan, are descendants of the Kra-Dai language family

The language family structure directly proceeding Lao looks like this. While other descendants are included, the only branches followed as those relevant to Lao and Isan, which are indicated in bold.

5. Like Mandarin, Vietnamese, and a number of other Asian languages, Lao is a tonal and analytical language

The first means that the same word spelled and ostensibly pronounced the same way can vary wildly in meaning depending on tonal inflection. The second means that it uses particles, prepositions, word order, and other helper words to indicate the relationship between words in a sentence.

6. The Pali language of Theravada Buddhism had a significant effect on the development of Lao in the 14th to 18th centuries CE

7. Lao was influenced by French and Vietnamese during the 60 years of French rule between 1893 and 1953

Words for new technologies and politics were borrowed from both languages. This was also when spelling was reformed to mostly phonetic, and many Sanskrit words also entered the lexicon. However, some semi-etymological spellings still existed, especially in words from Pali, French, and Sanskrit.

8. Since 1953 and especially during Communist rule in 1975, Lao was reformed again to its current familiar version

9. There are six major dialects of Lao (and more minor dialects) each found in specific regions of Thailand or Laos

10. Lao is technically a subject-verb-object (SVO) language, but the structure of sentences is extremely free

There are no case markings or agreements in Lao, and the predicate-argument relationships depend entirely on context.

11. Speech and formality depend on the strict social culture of Laos

Age, occupation, and wealth or power are the most important markers of how to speak to people, and politeness are indicated with suffixes and other particles. Pronouns can be formalized but are also often dropped.

12. Verbs are not conjugated depending on pronoun, and nouns are not marked based on gender, declension, or plurality, and do not use articles.

Classifiers or measure words express plurals, but the noun remains unchanged in and of itself. Verbs can also easily be converted into nouns simply by adding a particular prefix (kan-),

As an official ASEAN language as well as an important lingua franca and / or mother language to millions of people, it’s essential for anyone interested in languages and culture to learn a bit about Lao. After all, learning languages helps learn about cultures all over the world.