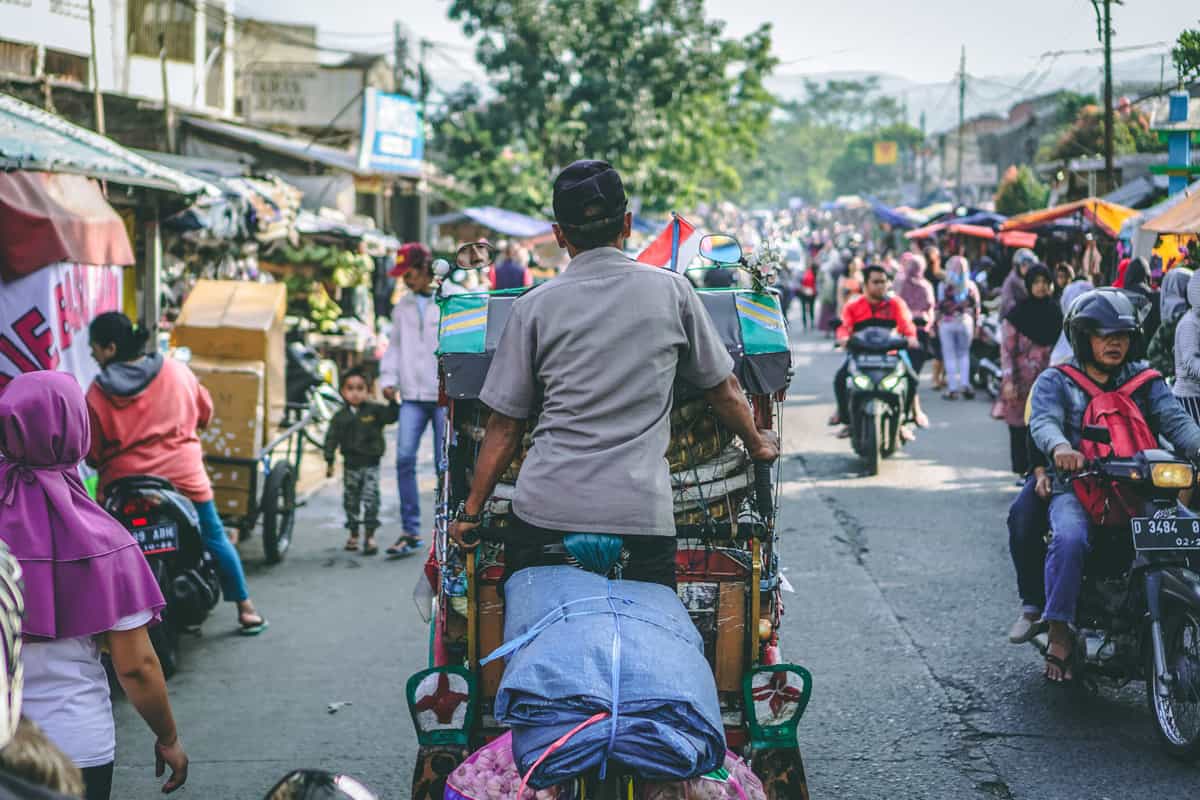 The Indonesian language (or Bahasa Indonesia) is a standardized variant of Malay used in Indonesia as its official language. There are over 700 indigenous languages in the Indonesian Peninsula, and most Indonesians speak one of these (such as Javanese or Sudanese) alongside Indonesian. However, formal education, national media, legal documents, and the government are dealt with in Indonesian.

A Few Facts about Indonesian

1. Indonesian as a first language is quite geographically limited

Mainly people who live in Jakarta and the surrounding area actually have Indonesian as their mother tongue, while most other Indonesians speak it as a second language.

Some of these include Tagalog, Malagasy, Javanese, Samoan, Hawaiian, Tahitian, Tetum, and Māori.

3. Like English and most European languages, Indonesian operates on a subject-object-verb (SVO) structure

Indonesian sentences can be quite relaxed on structure. They also don’t use grammatical gender for their words, and there are no markings for grammatical cases.

4. Words are given affixes to change them to meanings of similar concepts

This can apply to related nouns, adjectives, and verbs. As an example:

5. The Indonesian alphabet is a Latin alphabet of 26 letters and nine diagraph letter-combinations

The pronunciations of the letters are mostly the same as in standard English, but with a few differences.

6. There are several pronouns in Indonesian depending on person, inclusion, and politeness

The list below shows some of the most common, though several others also exist and are used in different situations.

7. There are four words to negate a sentence in Indonesian

8. Indonesian borrows several thousands of words from other languages outside of the Indonesian Peninsula

9. Indonesian is a recognized majority language of the Association of South East Asian Nations (ASEAN)

It’s also a recognized minority language of East Timor and of the United Nations (UN).

10. Even though it’s limited mostly to Indonesia, it’s one of the most widely-spoken languages in the world by numbers,

With just under 271.5 million people, Indonesia makes up nearly 4% of the world’s population. Indonesian (not including Malay) is spoken by around 199 million people as a first or additional language, making it 11th in the world.

Indonesian is an interesting language in that, more than may standard European language, it exists in a comfortable interactive tandem with many other indigenous languages. Culturally, the Indonesian Peninsula is full of life, and finding out about the Indonesian language helps to expand our knowledge of the world.