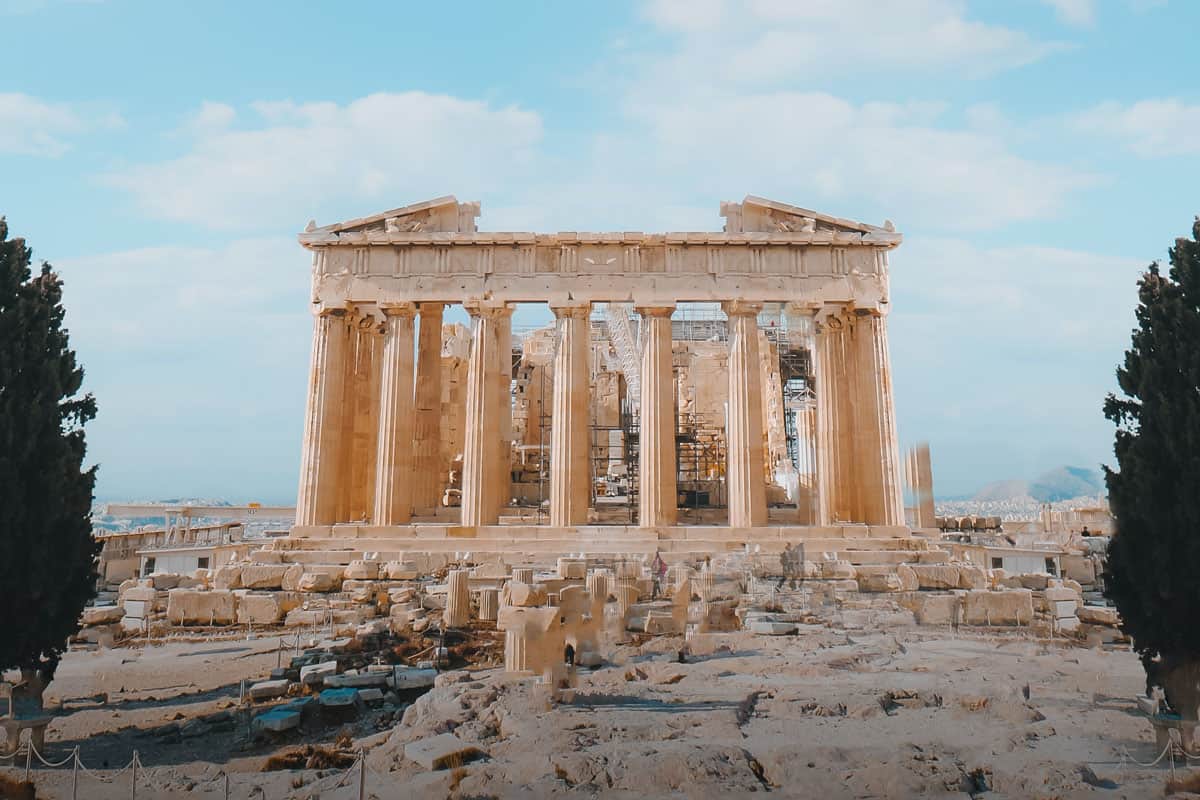 Ancient Greek was the language spoken between 1500 and 300 BCE in Greece and Greek-occupied territories. It’s generally split into four periods; Mycenean Greek, Dark Ages Greek, Archaic Greek, and Classical Greek. When people say Ancient Greek, they generally mean the last; this was the language of the philosophers and the epic poets like Homer.

Many Greeks today struggle to read Ancient Greek at all, as Modern Greek and Ancient Greek don’t actually have all that much in common! Still, Ancient Greek is taught along with Latin as a Classical language, and these facts introduce it.

Similar to how US English, UK English, and others are different, Ancient Greek was divided into several sub-language dialects. The main were:

There is also Homeric or Epic Greek, which combined Aeolic and Ionic Greek in a poetic form. This was the language of The Odyssey and The Iliad.

Ancient Greek had both long and short vowels, several gliding vowels, many double consonants, stops which were voiced, voiceless, and aspirated, and accented pronunciation which depended on pitch.

3. Ancient Greek nouns declined based on number, gender, and case

Nouns could be masculine, feminine, or neuter, and refer to one thing (singular), two things (dual), or more than two (plural). The five case forms of Ancient Greek were nominative, vocative, accusative, genitive, and dative.

Additionally, gender of nouns does not always correspond to natural gender.

The definite article in English is the while the indefinite is a/an. While the latter would be left out entirely, the former would change depending on the number and gender of the noun to which it was referring.

6. Like many of its contemporary languages, Ancient Greek was originally written without any spaces or punctuation

After the third century BCE, a system of dots and dashes began to be used to separate breaths, clauses, and thoughts.

The following tree mentions sibling languages but does not follow any other branch. Stricken languages and their families are now extinct.

8. Koine Greek is known by several other names

This intermediate stage of Greek is also known as Alexandrian Greek (from Alexander the Great and his conquests), common Attic (from its Attic descendance), Biblical Greek (from its place in the New Testament of Christianity), and Hellenistic (from the occupations).

Some of the most famous Greek historical figures include:

10. Homeric or Epic Greek became popular with other writers

For example, the works of Hesiod are written in the same style of Epic Greek as Homer’s work, structured in dactylic hexameter. It became the default literary language of Ancient Greek epic writers.

Ancient Greek may no longer be a living language, but it has a continuing influence and open to interpretation and reinterpretation. Ancient Greece’s impact on western languages, culture, and politics Is still strongly felt today, and knowing a little about this fascinating language can only mean good things!