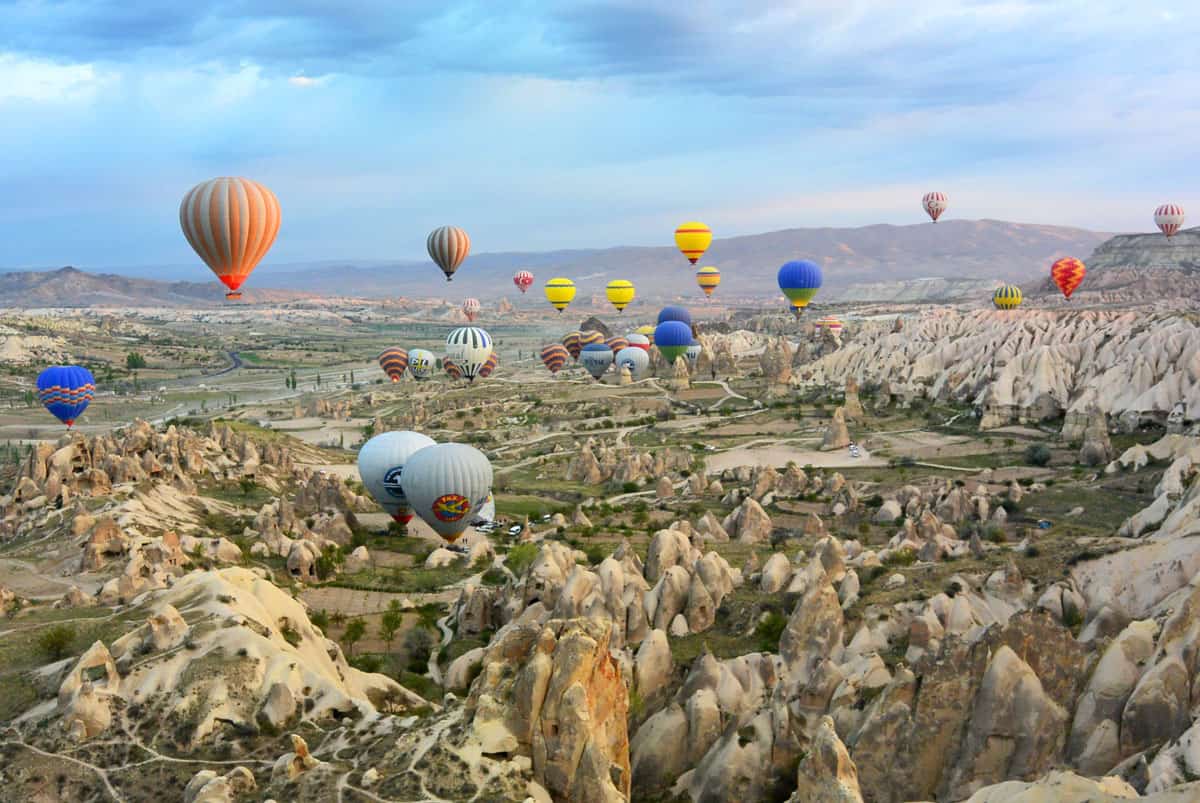 If you’re thinking about a vacation to Turkey, you might be worried about the language barrier that you’ll face in the country. Is it even possible to get around?

People do not speak English in Turkey unless they are part of the tourism industry or an academic circle. Most of the Turkish population doesn’t speak English, as it’s not mandatory for Turkish students to learn.

In this article, I’ll discuss why the Turkish are so insulated against English. I’ll also cover which cities have the most English speakers and whether you can get around in Turkey without speaking Turkish.

Do the Turkish Speak English?

Most Turkish people do not speak English. According to the English Proficiency Index 2020, Turkey ranked 69th out of 100 countries on the lower end of the spectrum. The reason for this lack of proficiency is because learning English is not compulsory in Turkish schools.

Although primary and secondary schools have a compulsory foreign language requirement, this language does not have to be English. Other popular foreign languages taught include French, Arabic, or German.

Even if learning English is highly encouraged so Turkish students can communicate globally, this does not mean that there is a standardized system of proper resources allocated to all the schools teaching English.

The textbooks and resources used by professors to teach English are shoddy, often emphasizing the memorization of vocabulary and grammar rules instead of communication. This practice dates back to the 1950s, with the famously terrible teachings of Mr. and Mrs. Brown.

Mr. and Mrs. Brown were characters part of a textbook called ‘A Direct Method English Course’ by E.V. Gatensby. This badly-written book was used to teach English throughout Turkish classrooms, resulting in a dislike for the language and an ability to speak some English but comprehend none of it.

Even today, the teaching practices for English are shoddy, as detailed in the following video:

Therefore, the small number of students taking English as a foreign language do not learn it properly. In addition to this, they have no incentive to learn it outside of school because the subject is taught so poorly that they end up disliking it.

Although learning English is encouraged in Turkey to promote globalism and trade, it’s only to a certain extent.

Conservatives have lobbied for lesser English-medium schools due to their belief in this slogan. As English is not a natural part of Turkish history through either colonization or missionaries, the Turkish are wary against this alien tongue.

Turkish Cities Where People Speak the Most English

The cities most proficient in English are the tourist or large cities.

Here are the locations where you’re likely to meet English speakers:

English speakers appear more frequently in these cities as they contain more workers in the tourism industry who must know how to speak English fluently. They also contain English-medium universities, which increases the total number of English speakers.

According to Doublespeak Dojo, you have approximately one chance out of eight of meeting an English speaker in any of the larger cities.

Do You Need To Speak Turkish To Stay in Turkey?

It is unnecessary to know Turkish for a short-term stay as the Turkish are naturally hospitable and will try to help you despite the language barrier. However, when staying in Turkey for an extended period, learning some Turkish to get around is imperative.

When visiting Turkey on a short-term stay, if you stick to tourist resorts, you won’t struggle with the language barrier at all. Most of the hospitality staff is trained to speak English, and those that aren’t will try to speak it with you anyway.

Even if you’re trying to explore Turkey on your own, sticking to the bigger cities increases your chances of finding a few English speakers to help you on your way. (Lest you fall back on charades to get around!)

On the other hand, for a long-term stay, you should learn Turkish. Although some of your work colleagues or university friends will speak fluent English, these aren’t the majority.

Although you don’t need to know any Turkish to visit Turkey for a quick trip, learning some basic phrases can go a long way. It’ll show the Turkish you respect their culture and help you earn increased hospitality with them.