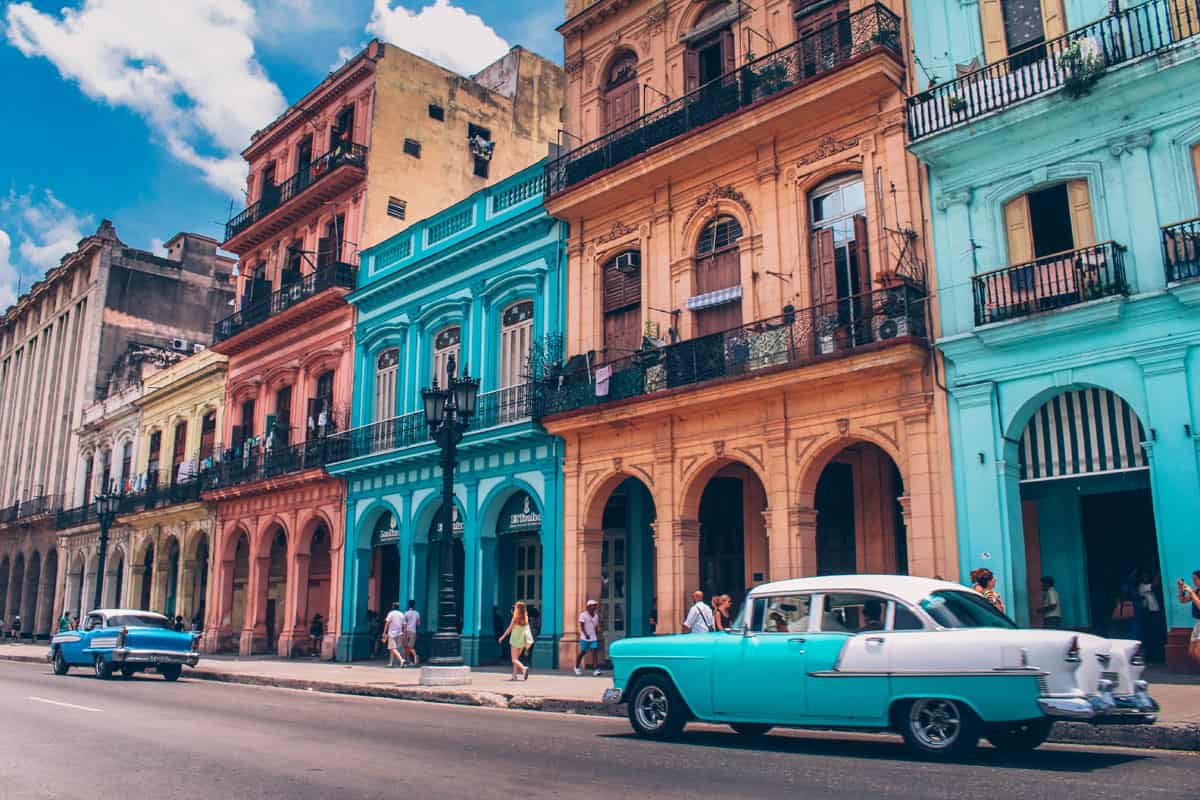 Cuba is a Caribbean Island located between the Caribbean Sea and the North Atlantic Ocean. Located about 90 miles (145 km) south of Key West, Florida, the country is situated between the Cayman Islands and the Bahamas, to the west of Haiti, and east of Mexico, and northwest of Jamaica.

The exact percentage of English speakers in Cuba’s population is unknown. However, in Cuba you will find that anyone in the tourist industry can speak English. Cuba is opening up and it is expected to receive increasingly numbers of tourists. This means that English is being promoted by the government and more and more people are learning. That being said, the local language is Cuban Spanish and it is estimated that less than 10% speak English.

Let’s now take some time to look at the different areas of Cuba and the prevalence of English.

English Use in Major Cities in Cuba

What Languages are Spoken in Cuba?

Is English Necessary in Cuba?

As a tourist, it seems important to note that the number of English speakers is still very low. The majority of people only speak Spanish, so it seems important to learn key Spanish phrases before moving or traveling to Cuba. You may find it easy to use English in cities like Havana, Cienfuegos, or Santiago de Cuba, but outside those cities, then it might be harder to find an English speaker. Otherwise you might have a harder time communicating verbally and you will need to resort to using body language.

As a local, Cuba is slowly opening its economy to the larger international community, and more and more Cubans are learning English. The Cuban government has made English proficiency a requirement for all university and high school students. As many international events like jazz festivals, film festivals, and other artistic and cultural events occur, English speaking Cubans will benefit the benefits that might come with international exposure.

Teachers looking to work in Cuba will likely find the majority of teaching jobs in Havana. Cuba provides many opportunities for teachers who want to begin their international teaching career. Teaching positions in Cuba can be at either public schools or international private schools. The Cuban education system follows a strict set of regulated standards to ensure that all students receive the highest-quality education. This is good news for teachers who would like to teach in Cuba as the demand for quality teachers will be high.

To teach in Cuba, teachers must have a bachelor’s degree, especially if you would like to teach at a private international school.

Because of Cuba’s high literacy rate and educational quality, it is strongly recommended that teachers have additional ESL teaching qualifications, such as a TEFL certificate, which provides ample classroom and pedagogical tools.

For United State’s citizens, obtaining a teaching visa may still be somewhat challenging, although policymakers are currently developing new policies, so be sure to pay attention to current policies when seeking a job. Nonetheless, obtaining a visa to teach English in Cuba is very similar to application process for other Latin American countries. Many schools will help you obtain a sponsored visa to teach in Cuba and live for longer than three months.

In the Land of the Tony Montana

Cuba is definitely a unique experience with nice, smiling people at every step, and that means at almost every step, or stoop as it is common for Cubans to sit on their front porch and people watch at all hours. Cuba also has a wonderful culture and beautiful history with great beaches like the ones in Varadero, and spectacular sights in Havana. Add in a nightlife that few outside Cuba have never experienced, and it will possess your spirit with a uncontrollable sensation to dance. You can experience the legendary clubs and cafes that Ernest Hemingway and Nat King Cole frequented, including the La Bodeguita de Medio and El Floridita Bar, and you can rest assured that these experiences will forever be ingrained in memory.

Even if very few of the locals speak English, you should certainly take some time to visit this amazing country. The people are fascinating and it gives you a chance to listen to one of the more beautiful forms of Spanish.