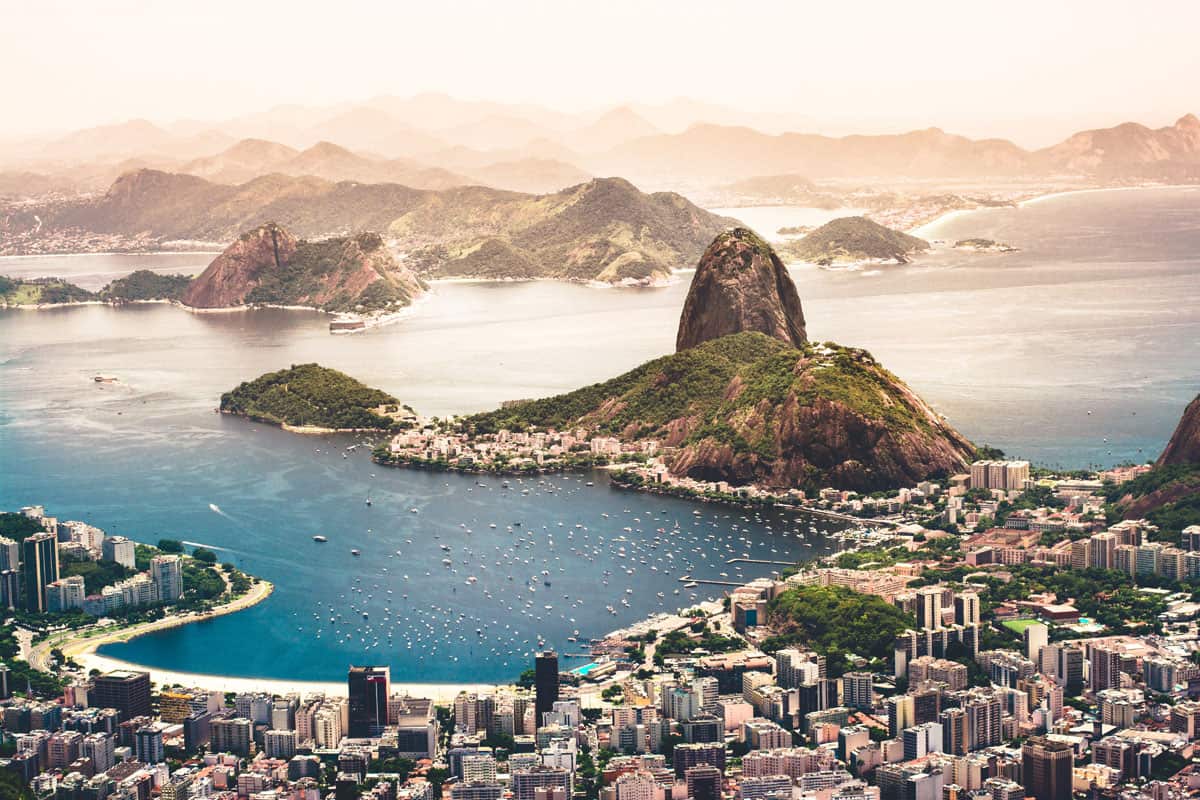 When planning a trip to Brazil, don’t buy a Spanish-English dictionary because, unlike most countries in South America, the primary language of Brazil is Portuguese. Out of the over 200 million people living in Brazil, less than half a million speak Spanish. So, how well can someone who speaks only English navigate their way through the 5th largest nation in the world?

Most people don’t speak English in Brazil. The primary language spoken by locals is the Brazilian dialect of Portuguese, and many Brazilians will learn German, Italian, or Japanese as a second language, before learning English. However, English speakers can be found in the country’s larger cities.

Brazil has much to offer, including a diverse landscape and equally diverse culture. Keep reading to find out whether there are enough English speakers or if you’ll need to learn a little Portuguese to get around.

What Languages Do People in Brazil Speak?

Most Brazilians speak Portuguese as their primary language, and it’s the official language of the country. Although there are over 200 languages spoken in Brazil, most of those are used by the small indigenous communities, or less than 200,000 people.

A slightly larger percentage of Brazilians are bilingual, but the most common second language is German, not English. Below are statistics regarding the other languages frequently spoken in Brazil.

Surprisingly, linguists estimate less than half a million people speak Spanish, a smaller number than those who speak German. Although Brazilians are beginning to learn Spanish as a second language, it’ll always remain a minority language.

How Common Is English in Brazil?

English is both rare and common in Brazil. Let’s explain this contradiction.

English is rare among the general population. Estimates are that only 5% of Brazilians can speak English, and most of those speakers are middle- and upper-class professionals living in larger cities. Additionally, many Brazilians who speak English are under 35. Among those who report they speak English, less than half of them speak English fluently.

So, don’t expect taxi drivers, waiters, and shopkeepers to speak English unless you’re in a tourist area. Your best bet for finding English speakers is in Sao Paolo and Rio de Janeiro. Even restaurants with a “carpadio em ingles” (English menu) most likely won’t have English-speaking staff.

Schools are a place where English is common. Around 95% of students will have taken one or more English courses, and younger people, in particular, want to learn English. However, they usually don’t advance beyond being able to read it. This is due, in large part, to the way English is taught. Students want to learn how to understand and speak English, but the teachers focus primarily on grammar and reading.

Parents that want their children to become fluent English speakers can take advantage of the many language tutoring centers. However, those centers are expensive, and only upper-middle-class families can afford to enroll their children.

Why Is There a Brazilian Dialect of Portuguese?

Brazilian Portuguese isn’t the same as its European counterpart, which is mainly due to its history.

When the Portuguese first settled in what would become Brazil, they had to learn enough of the indigenous languages to communicate with the people that lived there. The early settlers in Brazil included slaves that spoke their native African languages. After Brazil declared independence from Portugal in 1822, German and Italian immigrants soon brought over their languages too.

These influences caused the Brazilian dialect of Portuguese to evolve into what it is today.

Can You Visit Brazil Without Speaking Portuguese?

If you cannot speak Portuguese, you have to do the following to get around in Brazil:

Places in Brazil Where Other Languages Are Spoken

If you can speak Japanese, German, or Italian, you might be able to find people who speak that language:

When visiting those areas, you may hear the European dialect of Portuguese spoken as well.

Brazil is a diverse country both geographically and culturally. Visit it for the beaches, the Amazon, the friendly people, and the excellent food, but don’t come expecting to find many English speakers.
Até mais. That means, “See you soon!” in Brazilian Portuguese.