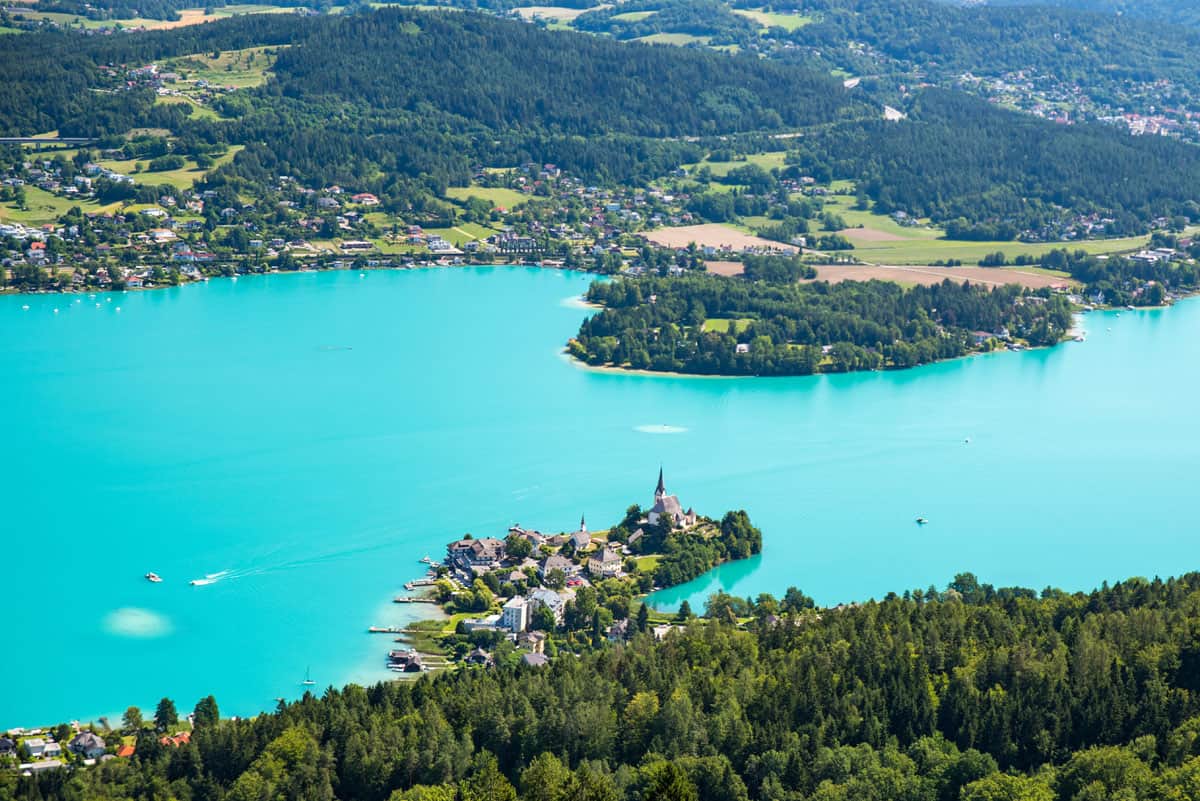 Austria is a landlocked alpine country, and when thinking about Austria, the first thing that comes to mind is the mountains and German beer. Other than a dreamy vacation for skiing and mountain lovers, Austria has many other cultural landmarks, museums, and baroque streetscapes, and imperial palaces.

Austria’s population is about 8.4 million people. Out of the total population about 73% or 6.2 million Austrians speak English. This is a significant number of people. These people tend to be concentrated in rich, urban and young areas as well as often working in the tourist industry. English is taught in schools across Austria and the local language German shares a lot of similar vocabulary.

So, let’s now take some time to look into this topic in some more detail.

English Use in Major Cities in Austria

What Languages are Spoken in Austria?

Is English necessary in Austria?

As a tourist there should be no problem using English in Austria. With about three-quarters of the population being able to speak English, there will be no problem especially in larger cities like Vienna and other tourist destinations. Since World War II, English has been taught throughout the country, so it is likely that anyone under the age of 70 should possess an English competency.

As a local, most locals are happy to switch to English. Austria’s standard of education is very high, so most schoolchildren should have a good foundation in English. Most locals should be accustomed to English speaking tourists particularly workers in hotels, stores, restaurants, and similar places in Austria should be accustomed to dealing with English speakers. Maybe you will even find people who are eager to speak English, and especially if locals find that you are having trouble practicing your German.

Austria’s ESL market can be difficult to enter for non-European Union citizens unless teachers participate through the American Fulbright Assistant Program, or the Canadian Foreign Exchange SWAP program. There are opportunities for non-EU and EU citizens to teach children at summer camps throughout Austria.

For those legally able to work in Austria, face-to-face interviews with private language schools occur during the peak hiring months of September and January. It is also not unusual to work freelance for several schools to fill your schedule, as the cost of living is quite high in Vienna and Salzburg. Austrian schools have similar criteria to Germany; many schools are looking for teachers with a certain experience in teaching Business English. Ideally, teachers who are seeking employment should have a Bachelor’s degree and an internationally recognized TEFL certificate in order to have the best chance to obtain an English teaching job.

In the Land of Mozart

Austria’s history as a European power and its cultural climate created a large contribution to different art forms, most notably music. Austria was the birthplace of Joseph Haydn, Michael Haydn, Franz Liszt, Franz Schubert, Anton Bruckner, as well as members of the Second Viennese School including Arnold Schoenberg, Anton Webern, and Alban Berg. Wolfgang Amadeus Mozart was born in Salzburg, then an autonomous Holy Roman Empire Church Principality that later became part of Austria, and most of Mozart’s career was spent in Vienna.

In the early 16th century, the prestige of Vienna started to grow as a cultural center and centered on instruments, including the lute. Ludwig van Beethoven spent most of his career in Vienna. Austria’s national anthem, ascribed to Mozart, was chosen after World War II to replace Joseph Haydn’s original Austrian anthem.

Besides it’s relevance for classical music, due to its alpine landscape, alpine skiing is a very popular sport in Austria, and it is extremely valuable in the promotion and economic growth of the country. Similar sports such as snowboarding and ski-jumping is also extremely popular. Other prominent events are bobsled and luge as there is a permanent track located in Igls.

Sports have helped developed strong national consciousness and boosted confidence in the early years after the Second Republic which formed after World War II.

Austria is a fantastic place with a significant number of English speakers. You can certainly travel extensively across the country and almost always find someone with which to strike up a conversation.

If you are interested in the prevalence of English in this area of Europe then there are a number of other guides to dive into. Germany, Italy, and Switzerland.

Bonus – The Most Beautiful Village in the World