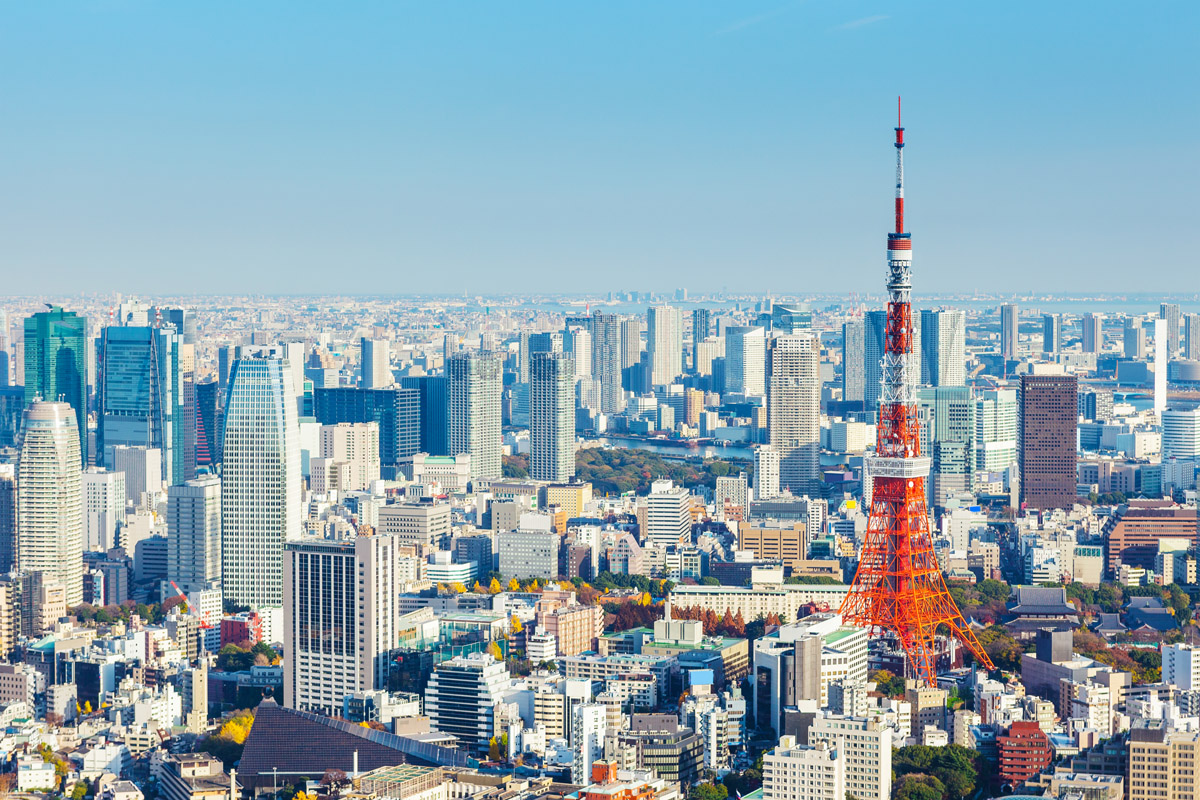 There are several ways people make an effort to be cool: wearing the latest fashion, listening to the newest music, and wearing sunglasses at night are some examples. Some languages, on the other hand, are cool without even trying. Asian languages are some of the coolest out there, whether it’s for the cultures they represent or for the unique and beautiful features some of them exhibit.

Let’s take a look at some of the coolest Asian languages and explore what makes them stand out from the crowd. Read on to see if you’re cool enough.

What are the Coolest Asian Languages to Learn?

Samurai, sushi, J-pop, anime, ninjas, robots… the list goes on. The Western world has had something of an obsession with Japanese culture for a long time, and there’s no wondering why. Independence and “doing your own thing” are two things people find cool, and Japan has both in spades.

An island nation, Japan has developed its own unique culture in relative isolation from others. The country’s language shares an undeniable link to its culture, making the language just as cool as the things many people idolize in Japan.

In addition to the fact that Japanese is cool because of what it represents culturally, the language has some features that make it special. One of these is that its writing system involves three different methods for recording words: two syllabaries and Chinese characters.

The two syllabaries, hiragana and katakana, consist of symbols used to convey syllable sounds. Hiragana is generally used for words that are native to Japanese, and katakana is generally used to spell words that come from other languages. Most writing in Japanese happens with kanji, which are logograms derived from the Chinese script. The syllabaries are used when there is no kanji or to perform grammatical functions.

If the simple fact of using three different methods for writing isn’t enough, writing in Japanese just looks cool, and that’s half the battle.

Another reason Japanese is a cool language is that it sounds cool. This could be because people already have a strong association between the sound of the language and Japan’s cultural exports, but the inflection of spoken Japanese is something many people consider pleasing.

Next up in this collection of cool is Korean. Like Japanese, Korean is cool for a variety of reasons, some of which include the culture it represents and some of its interesting linguistic qualities. Korean is the only official language of North and South Korea, and it is spoken by some 80 million people worldwide.

For anyone with a special interest in linguistics, Korean is especially cool for its apparent isolation from other languages. Many linguists categorize it as a language isolate, which means it shows no obvious link to any other languages. Other isolates include Basque in Europe and Mapuche in South America.

The Korean alphabet, Hangul, is also something many people find interesting for its idiosyncratic combination of lines and circles and for the fact that no other language uses the same writing system. The system was developed as an effort to increase literacy in the country in the 15th century, and it worked so well that it is still used today. Prior to the creation of the alphabet, Chinese characters had been used.

Culturally, Korea has a lot to offer, and this is especially true for modern media. Netflix mega-hit Squid Game is one example of a Korean creation that exposed people from all over the world to the language. Korean cinema is also a powerhouse on the international scene, and its films are known for being genre-bending and very well written.

More than movies, Korean music has a massive global influence, most notably with K-pop. Korean bands are famous all over the world and to many adoring fans are the exact definition of cool. Many people even learn the language out of an appreciation for the music and musicians.

Some languages are cool for being difficult to learn, and Cantonese is certainly one of them. This is especially true for English speakers. Mandarin Chinese often takes all the credit for being one of the hardest languages to learn, but its little brother shouldn’t get left out of the picture. If anything, Cantonese is even harder to learn than Mandarin.

One of the main reasons Cantonese can be considered more difficult to learn than Mandarin is that it uses more tones. Both are tonal languages, meaning the inflection used to pronounce each word has a major impact on the meaning of the word. This is something that can take a very long time to master if you aren’t already comfortable with a tonal language, and the extra tones in Cantonese make it one of the toughest languages you can take on.

Cantonese is spoken in areas of the Guangzhou province in China as well as Hong Kong, and this something else that significantly contributes to the cool factor. Hong Kong has a reputation as an international business hub, and its status of “special administrative region” of China gives it some independence from the giant country.

Hong Kong cinema is also one of the primary powers responsible for popularizing kung fu movies, many of which were filmed in Cantonese. These are films with an undeniable air of coolness about them.

For this language, we leave east Asia for the southern part of the continent. Sanskrit isn’t spoken by very many people today as an everyday language, but that just adds to its appeal. In modern times, there’s actually only one village that still uses the language for day-to-day communication. It’s called Mattur, and it’s in the Karnataka state of southern India. More common is the usage of the language by hindu priests in religious contexts.

Perhaps the coolest thing about Sanskrit is its ancient history. It is widely considered to be one of the oldest languages in the world, its use dating back to at least 5,000 BCE. The fact that it is still used and spoken today is mind boggling. It is thought to have had a strong influence in many of the world’s languages.

In addition to being notable for its ancient history and few modern speakers, Sanskrit script is aesthetically pleasing to many. The characters of the writing system most often come from devanagari, a script used to write many different Indian languages. The characters feature a horizontal top line that provides consistency to the otherwise curling, wavy shapes. Particularly to speakers of Latin-alphabet languages, the script can evoke a mysterious or holy feeling in those who aren’t familiar with it.

Unless you are very familiar with Indian languages, there’s a fair chance you’ve never heard of this one. Whether that works in favor or against its coolness is up to you, but there’s no denying that its reputation proceeds it for those in the know. Malayalam is considered by many linguistically-minded people to be one of the hardest languages to speak in the world.

One of the features of this language that makes is tongue-twister heavy is the seemingly endless strings of syllables that make up some words. Like other Sanskrit-related languages, it’s possible to join multiple words together in Malayalam, which accounts for some of these super long groups of letters.

There are also some sounds that are simply difficult to produce for non-native speakers. Add to this the fact that not many people attempt to learn this language that don’t already speak it, and you’ve got one that’s a serious challenge. Speaking this language affords one plenty of street cred in the linguistic community.

Persian is an official language of Iran, Afghanistan and Tajikistan. Althought the varieties spoken in these three countries each have their differences, they are all similar enough to be mutually intelligible.

It’s possible that the biggest reason Persian is so cool is its rich history. The language was favored by a number of very powerful empires in Central Asia and was the only language able to compete with Arabic in the region. The idea of the Persion Empire conjures amazing images in the minds of many.

The Persian language is also notable for its contributions to poetry. The most famous Persian poet may by Rumi, whose works have been translated into tons of languages and can be found all over the world.

Today, there are millions of Persian speakers around the world, although there’s some debate as to the exact numbers. Part of the reason for this is likely that there are several different dialects of the language.

Finals well. It uses the same alphabet as Arabic, but includes a few extra letters. The characly, the Persian script is something that makes it appealing aters used in the alphabet look drastically different to those found in the Latin alphabet, and the calligraphy in Persian is especially beautiful.

Haven’t heard of this next language on the list? Don’t worry, it’s one with an extraordinarily low number of speakers: less than 40. Anyone that speaks it is part of a very select crowd!

Arem is a language spoken on either side of the Vietnam/Laos border in the southern region of both countries, and the Vietnamese government wasn’t even aware of the language until 1959. It is a Vietic language, like Vietnamese, and uses tones and monosyllabic words in its vocabulary.

An early survey taken revealed just 53 people in the Arem community 60 years ago. That number has increased to almost double in recent years, although not the entire Arem population speaks the language. If being an endangered language is cool, Arem deserves to be ranked among the best.