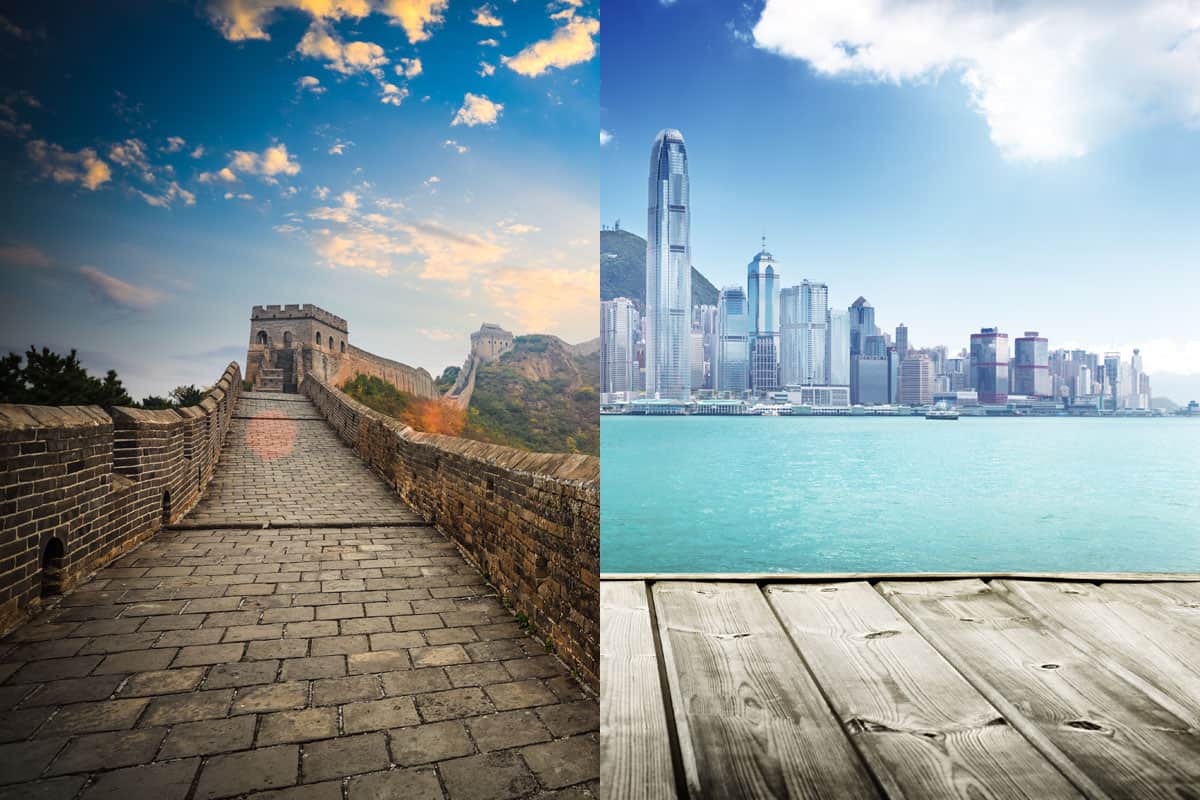 Looking to learn more about Cantonese and Mandarin? Getting an idea about the differences and similarities between the two will help you decide which language you should learn.

In this article, I’ve prepared a Cantonese vs. Mandarin comparison that should clear all your doubts regarding the two languages.

So, What is the Difference Between Mandarin Chinese and Cantonese?

To help you better understand the differences and similarities between Cantonese and Mandarin, I’ve put together a table comparing both languages in terms of vocabulary, grammar, speaking, listening, writing, reading, and usefulness.

Let’s quickly go over the differences in more detail:

Cantonese and Mandarin share a vast vocabulary of similar words with similar meanings. This allows speakers of either language a common base for communication.

That being said, you’ll also find occasional instances where the same word identifies different things in Cantonese and Mandarin. For example, let’s take the word 奶奶.

In Mandarin, it’s pronounced “nǎinai” and means paternal grandmother. In contrast, with Cantonese, the pronunciation gets stretched to “naai4 naai2” and identifies the wife’s mother-in-law.

Other than this, it’s also worth pointing out that both languages use vastly different idioms and expressions. As such, even if a Cantonese speaker and a Mandarin speaker stick to their mutually similar vocab, the use of idioms will leave the other party scratching their heads.

Grammatically, Cantonese and Mandarin are vastly different. This is most obvious if you analyze how each language uses adverbs and double objects.

With Mandarin, you have the complete opposite approach. The grammatical structure for Mandarin goes like this: subject-adverb-verb-indirect object-direct object.

It’s also worth noting that Cantonese follows a strict set of grammar rules allowing logical sentence constructions. However, with Mandarin, you’ll find that the sentence structure changes based on the subject and the emotion it’s trying to convey.

Cantonese vs. Mandarin: Speaking and Listening

Although Mandarin and Cantonese share similar vocabulary, they are mutually unintelligible while speaking and listening.

You see, both are tonal languages. In the case of Mandarin, we have four tones with a neutral one. Whereas, with Cantonese, we have six basic tones and three historical tones.

Here’s a quick breakdown of the five tones used in Mandarin:

And here are the nine tones used in Cantonese:

The use of different tones can significantly impact a word’s pronunciation, making it phonetically unrecognizable to non-speakers.

Cantonese vs. Mandarin: Writing and Reading

Cantonese and Mandarin use the same base characters or alphabets to spell out words. As a result, even though the languages are phonetically different, they are very similar in writing, albeit not exactly the same.

During the 1950s, the Chinese government pushed the use of simplified Chinese characters that used fewer strokes than traditional characters.

That being said, for Cantonese speakers, understanding Mandarin text is super simple. In contrast, Mandarin speakers will have difficulty with the more complex Cantonese characters, but it’s still comprehensible.

Cantonese vs. Mandarin: Usefulness and Coolness

Mandarin is the most spoken Chinese language and the official language of Mainland China & Taiwan. It’s used in almost all Chinese institutions and organizations, from schools and universities to film, TV, and music. 70% of the Chinese population speak Mandarin.

As such, if you plan on doing business with China or any Chinese-speaking company, you’d best learn Mandarin.

Cantonese is one of the less-spoken Chinese languages accounting for 6% of the population. That said, it’s the main language in major cities like Hong Kong, Macau, and other areas of the southeast corner. People of this region have a strong connection with Cantonese because of its traditional roots and are against the adoption of Mandarin.

As a result, if you plan on living (or spending a significant time) in Hong Kong, you’d do better to learn Cantonese.

Furthermore, Mandarin is the official language of China, and you should learn it if you want to do business with Chinese companies or enjoy Chinese multimedia content. On the other hand, Cantonese is the main language of Hong Kong, Macao, and other Chinese cities in the southeast corner. You should learn it if you wish to settle in any of these places.