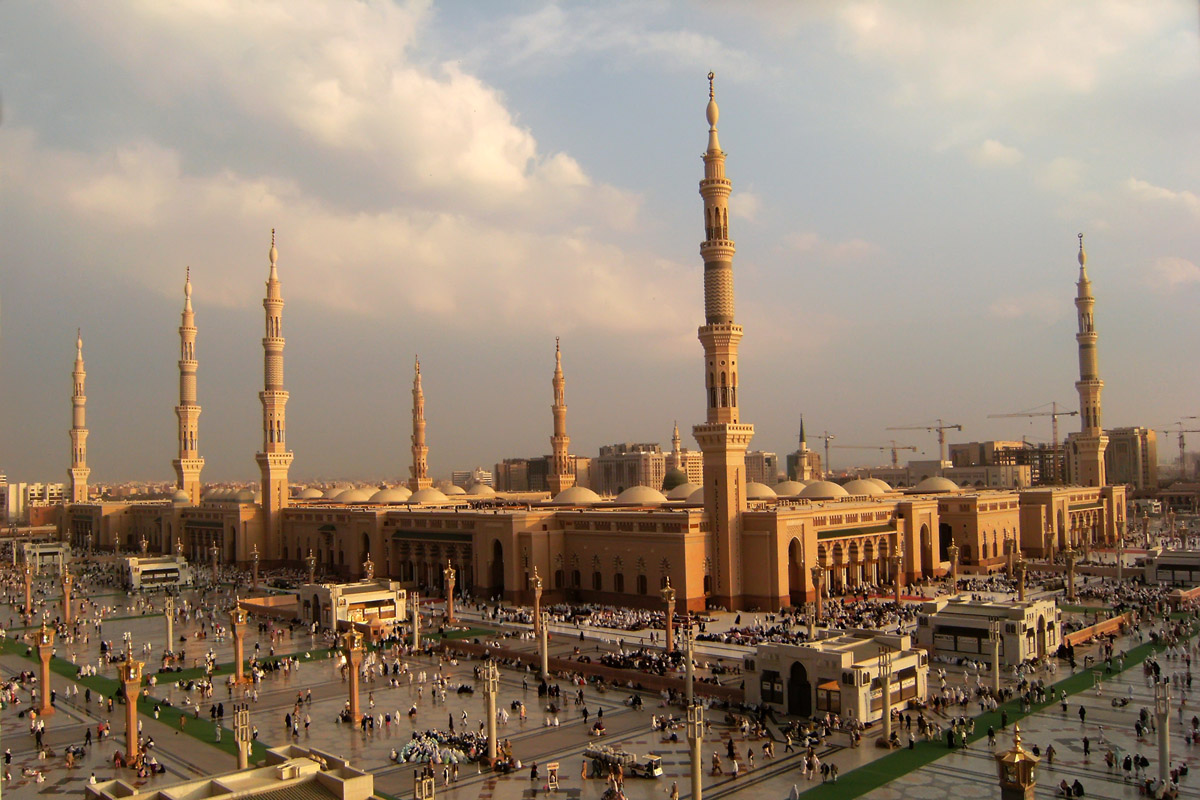 Idioms can be one of the most interesting and beautiful aspects of a language. They offer insight into the cultures in which they’re used, and they’re often entertaining or humorous. Through the use of metaphors often involving animals or food, idioms give languages color. The idioms found in Arabic share all of these qualities and are a fascinating part of the language.

In this post, we’ll take a look at 25 of the most essential Arabic idioms. Read on to discover this beautiful part of the language.

A Few Interesting Arabic Idioms to get You Started

Literal translation: The monkey in the eyes of his mother is a deer.

Animals are one of the most popular subjects for idioms in just about any language. The personification of these creatures often makes for solid humor and easy-to-remember imagery.

In this example, we get to see a representation of the way love can alter our perception. The idea is that the monkey’s mother loves him so much that she sees him for more than he really is. In other words, she doesn’t have an unbiased perspective.

The phrase in English, “see through rose-tinted glasses” has a similar meaning, but it isn’t exactly the same.

Literal translation: A pot that has found its lid.

Bugs in a rug, peas in a pod, a lid on its pot. What these all have in common is that they involve a close, even perfect fit. In English, “two peas in a pod” or “bugs in a rug” can be used to talk about people that are very similar or get along exceptionally well.

Speaking of a pot that has found its lid is Arabic’s way of expressing a similar idea. Two friends that just can’t seem to get enough of each other could be seen as fitting together as well as a pot and its lid.

Literal translation: Oh mountain, what wind can shake you?

Idioms often take a humorous tone or are used to express a warning. This saying goes in the opposite direction. The phrase uses “mountain” to represent the person it is directed toward, and the message is an inspiring one.

You could use this idiom in order to remind someone close to you of their strength or to encourage them in the face of difficulty.

Literal translation: The world is hard and happy.

There’s some big philosophy in this one. It’s normally said when someone has experienced something negative but has a broader perspective on the world and their situation.

To put it more plainly, if someone is having a hard time with something and they say, “the world is hard and happy,” they are acknowledging the fact that hard times are a part of life, but so are happy times. It isn’t always easy to see the big picture like this, but this idiom is a powerful one!

Literal translation: The shroud has no pockets.

If you aren’t sure what a shroud is, that’s where we should start with this one. In this sense, it is a cloak that’s used to dress people before they are buried. The fact that they don’t have pockets can be used as a metaphor for the fact that you won’t be able to bring your material goods with you when you die.

This idiom might be used in response to someone showing greediness or selfishness. Sometimes it’s good to get a reminder that material wealth isn’t everything.

Literal translation: We talked about the cat and it came jumping.

We’re back to animals with this idiom. An English idiom with a similar meaning to this is “speak of the devil,” said when someone appears after being mentioned in conversation. The Arabic version might be a bit nicer; most people would probably prefer to be likened to a cat than the devil.

This idiom is a tricky one because its literal translation exists in English as an idiom with a completely different meaning. In English, someone is “head over heels” if they are completely in love.

In Arabic, this phrase can be used to talk about any situation that has been dramatically changed or is now opposite.

Literal translation: The camel cannot see the bend in its neck.

This is an idiom that’s used to talk about what we can’t see because it is too close to us. Just like people may not be able to see their own flaws because they don’t have an outside perspective, a camel literally cannot see the bend in its neck because of where it’s located on its body.

Literal translation: The door is big enough for a camel.

Camels are an important part of several Arabic-speaking nations, and that’s one of the reasons they appear in these idioms. In this case, the message being relayed is that no one is keeping you here. Even if you came in on a camel, the door is large enough to accommodate your departure. In other words, “take it or leave it.”

Some things require teamwork. Like clapping. One hand just isn’t going to do the trick by itself. This is one of the more straightforward idioms that is pretty easy to understand just from the literal translation. Sometimes you need help!

This is an idiom used to extol the virtues of practice. If a donkey can learn to do something through repetition, you probably can too.

Literal translation: The one who cooks the poison will taste it.

It doesn’t take much guesswork to figure out what this idiom is talking about. It’s a warning about the consequences of bad deeds, or bad karma. “You get what you give” has a similar meaning in English, though without the dramatic imagery.

Literal translation: Stretch your legs according to the size of your blanket.

This rather cute idiom isn’t trying to help its recipient stay warm but to keep from going broke. In this metaphor, stretching your legs is spending money and the size of your blanket is your budget.

Along with animals, food is often at the center of idioms. It’s a powerful subject because it has the power to evoke a sensory response in the listener.

In this idiom, fat and honey are chosen because they make such a winning combination. Something that goes together like fat and honey, then, is a perfect pairing.

How many faces do you own? Let’s hope it’s just one! Much like calling someone “two-faced” in English, this idiom is used to describe someone who is duplicitous in nature. If someone can’t be trusted or isn’t dependable, they might be said to “be the owner of two faces.”

Literal translation: It put him in a whirlpool.

All it takes is to imagine the experience of being placed in a whirlpool to get the gist of this one. You can use this saying to describe a situation or experience that is overwhelming or throws someone off balance. To “throw him for a loop” has a similar meaning in English.

Literal translation: Have a radio in your mouth.

The imagery in this idiom is fantastic. It’s used to describe someone that talks a lot, possibly too much, like a radio is constantly playing from their mouth. In English, you might call someone a “chatterbox” for a similar effect.

Literal translation: Excess is the brother of shortage.

This idiom attempts to convey the dangers of excess. By suggesting that there is a close relationship between excess and shortage, it’s implying that one is just as bad as the other.

Literal translation: Like a deaf person at a wedding.

This idiom works because weddings are often very loud affairs with lots of people in attendance. To be a deaf person at a wedding could be an overwhelming experience; with many people talking at the same time, you might not know what exactly is going on. To be like a deaf person at a wedding in this sense is to be out of your element or not know what’s going on around you.

Literal translation: A believer is not bitten twice from the same hole.

The closest English phrase to this idiom is probably, “Fool me once, shame on you. Fool me twice, shame on me.” It’s a saying used to indicate that someone should learn from past misfortune.

Literal translation: This is the cub from that lion.

This animal-based metaphor is fairly straightforward. It’s something you would say in reference to someone that shares some obvious characteristics with a parent.

Slightly similar to “you can’t teach an old dog new tricks,” this idiom is used to express the idea that some people can’t change. This one has more to do with the inability to change a person’s core nature.

Literal translation: A donkey is a donkey, even among horses.

You could use this idiom to talk about someone that may try to appear different than they are by the company they keep. The idea here is that someone can’t shake their identity by hiding in a crowd of people that aren’t like them.

Literal translation: If you’re a prince and I’m a prince, who drives the donkeys?

It’s true that princes aren’t known for driving donkeys, but we aren’t talking about actual princes here. This saying is all about tasks that no one wants to do but must be done. In essence, “if I don’t want to do it and you don’t either, then who will?”

Literal translation: For a melon he caused problems and shouted.

A melon isn’t something usually worth causing a great deal of trouble over, and that’s exactly what this idiom is getting at. In English, a similar phrase is “make mountains out of mole hills.” Basically, this is used to describe someone who is overreacting to something.